Council Budget approved: Plans to invest in frontline services and local communities get the go ahead

Proposals put forward by the Liberal Democrat & Green Partnership, to protect frontline services, invest in communities and tackle the climate emergency, have been given the go ahead following agreement at Full Council this evening (27 February). 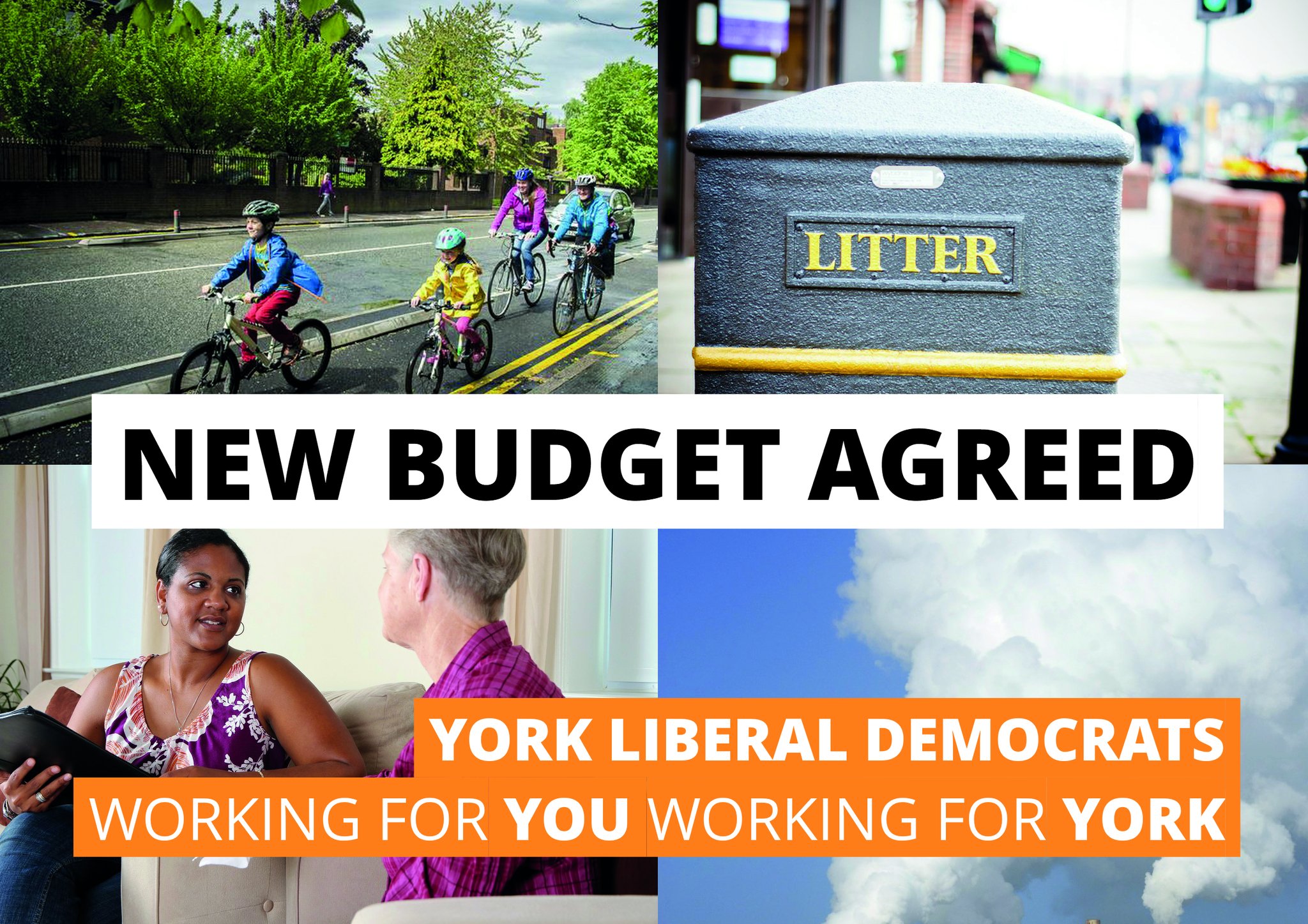 Liberal Democrat Councillors have worked hard to ensure that the new Council Budget proposes significant investment in a number of priority areas; protecting frontline services, tackling the climate emergency, investing in young people and supporting the services which protect some of the most vulnerable in our city.

All this has been achieved despite funding from the Conservative Government significantly decline.  The Council’s revenue support grant, which had previously totalled over £58 million in 2007, has now been reduced to £0.  2018 and 2019 have also seen tremendous financial pressure placed on York’s Adult Social Care system, placing further strain on the Council’s finances.

Councillor Keith Aspden, Liberal Democrat Leader of City of York Council, said:“I am delighted that our proposals to protect frontline services, invest in our communities and fund new initiatives to tackle the climate emergency have received Full Council approval.”

“City of York Council continues to face unprecedented financial pressures, particularly with the on-going national crisis in adult social care. Nonetheless, we have worked hard to put forward significant investment in our city, including £1 million for a new neighbourhood street service, an additional £12 million to improve our roads, the creation of a new dedicated pothole repair team and over £9 million to kick-start new initiatives to tackle the climate emergency.”

“I now look forward to taking these proposals forward and putting them into action, in order to deliver real improvements for our residents and communities across the city.”