As many as 11,610 families across York face being left worse off when the Government end the uplift to Universal Credit next month. 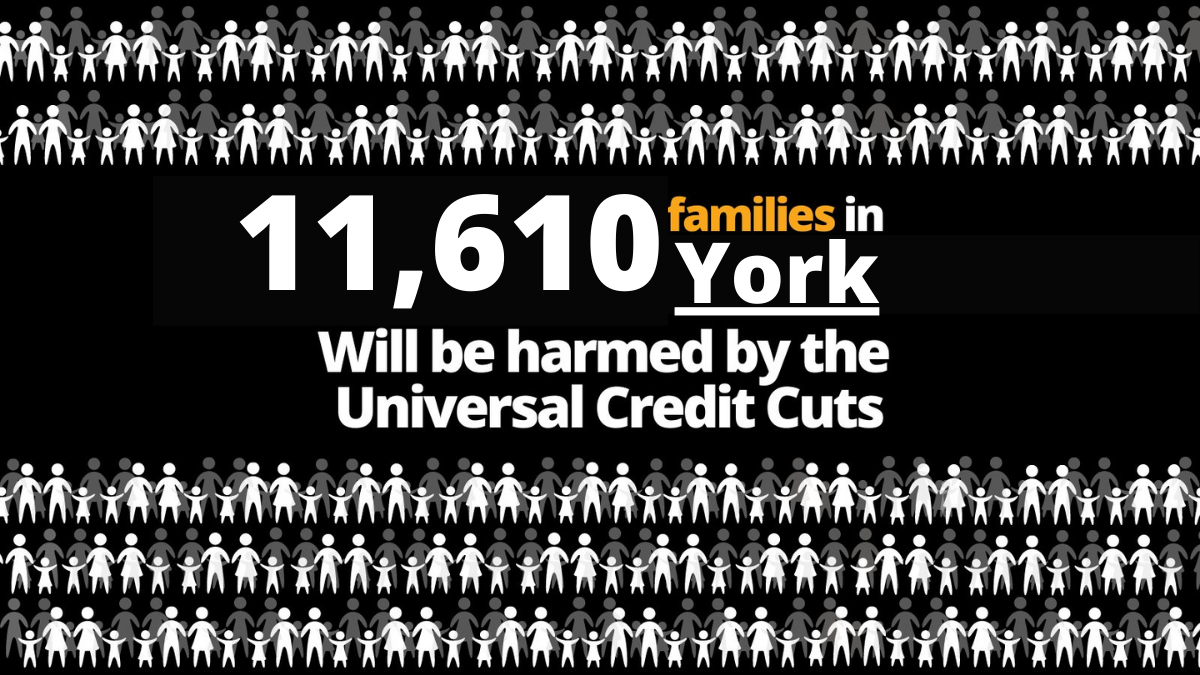 The changes in benefit policy, implemented in the early months of the pandemic, including the £20 a week boost to tax credits and Universal Credit, have provided a lifeline for millions of families during the pandemic. But this uplift currently only intended to continue until the 1st October.

New data from the Joseph Rowntree Foundation exposes the true nature of how badly some areas will be hit by the £20 Universal Credit cut, opposed by York Liberal Democrat councillors.

The Joseph Rowntree Foundation estimate that the Universal Credit cut alone could force 500,000 people, almost half of them children, into poverty. Latest data shows that some 11,610 families in York, who currently receive universal credit or working tax credits, will be harmed by the governments uplift cut.

In order to patch-up gaps in Government welfare support throughout the pandemic, City of York Council has invested to support those transferring to Universal Credit. This has included increasing the existing emergency support funding (York Financial Assistance or YFAS scheme) by £1.2m and used local funds to boost the Government Hardship Fund, of which the £957,000 allocated to York was exhausted by the end of October 2020.

“This relatively small boost has been a vital lifeline to thousands of York residents. This cut will do untold damage to so many of our local families.

"There is no question that Government has to reverse this needless cut. Instead of pulling the rug from under the feet of struggling families, they should commit to maintaining the Universal Credit uplift and give thousands of local households the security they need.”