City of York Council has been awarded investment to implement natural catchment flood risk solutions as a part of a new programme to develop and test new approaches to tackling flooding. 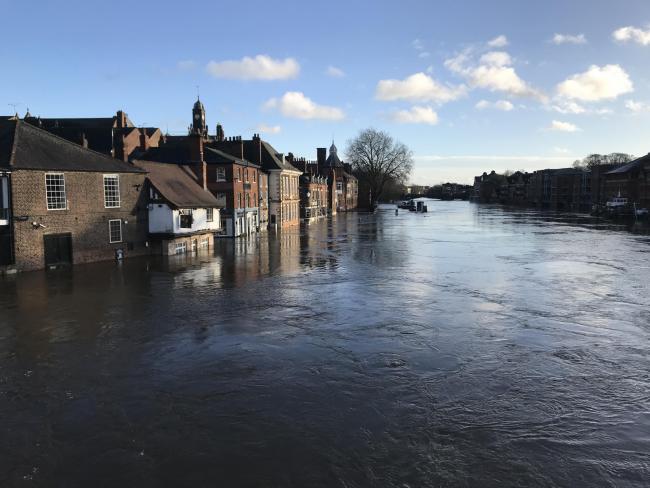 Earlier this year, York experienced yet another flood following Storm Christoph. Following this flood event, Council Leader Keith Aspden wrote to the Environment Secretary highlighting the need to take a region-wide approach to tackling flooding in Yorkshire. Cllr Aspden called for the wider catchment area upstream of York to be included in Government policy and funding schemes, in order to reduce the impact of future floods in the city by slowing the flow closer to its source.

The Department for Environment, Food and Rural Affairs (Defra) has announced a £150 million funding package, to be shared between 25 local schemes, will include a proposal submitted by York and North Yorkshire. The project will look at Swale, Ure, Nidd and Ouse catchments covering an area over 3000 km2, with plans to undertake modelling and develop flood storage and natural flood management opportunities across the catchment.

The scheme will be awarded an initial grant of £40,000 with significant further investment of up to £4.5m expected over the next 6 years. This follows the £2m investment prioritised for the development of localised flood defences by Lib Dem councillors in this year’s Budget.

“York is one of the worst affected areas in the UK for flooding, and as such it’s something that residents and communities of York have to regularly endure. Since the 2015 Boxing Day floods, it was often said that a catastrophic flood incident would only occur every century, however, recent events and the increasing prevalence of climate change now show that flooding of this scale will occur more frequently.

“Innovative approaches combined with investment in our local flood defences will go a long way towards ensuring that residents and businesses in York are better protected in the future.”

“This investment is excellent news and a real testament to our partnership work and relentless lobbying.

“We have long called for the wider catchment area upstream of York to be a central part of the approach to tackle flooding going forward, so it’s excellent to see one of our projects receive the investment necessary to bring it to life.”