York stands with Ukraine and gains Lviv as its sister city

The motion proposed by the Liberal Democrats to call on all city councillors to stand with Ukraine and adopt Lviv as York’s latest sister city has been approved at a Full Council meeting yesterday (27th April). 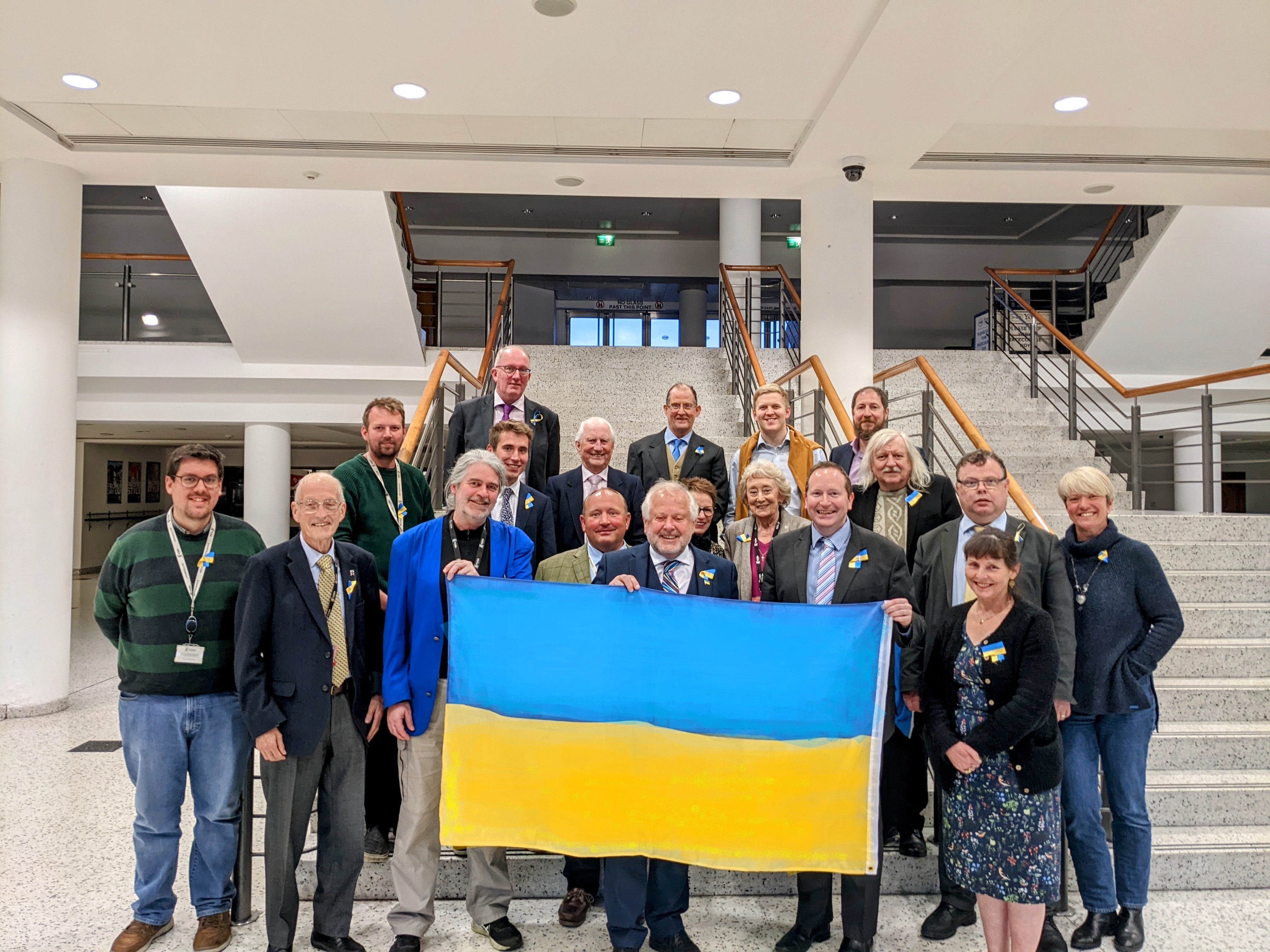 The motion asked councillors across political parties to reaffirm the Council’s commitment to stand with Ukraine, welcome those fleeing the war to our city and support Ukrainians and those affected directly by the war here, in York.

Following the approval of the motion, the process of adopting Lviv, Ukraine, as York’s sister city with a memorandum of understanding is now set to begin. This will be done both as an act of solidarity, as well to build further cultural and community links to Lviv.

The Council has also committed to working with partners to support and welcome Ukrainian refugees in the city. Councillors also backed lobbying efforts to ensure Council and local businesses divest from any Russian companies, particularly those linked with the Putin regime.

“In what are incredibly dark times, it has been heartening to see York’s response as the city has come together to show our support and solidarity with our Ukrainian friends here in York and in Ukraine. From donations and heart-warming signs of solidarity to housing refugees, it’s clear that we as a city are united and ready to do all we can to stand with Ukraine and its people.

“As a city and a Council of sanctuary, we are committed to do all we can to support those fleeing this horrendous war. I’m grateful for the support shown by residents, businesses and councillors. We hope that this motion will serve as a small act of solidarity to reaffirm our support for the brave people of Ukraine.”

“In a bid to strengthen our ties with our friends in Ukraine, we will now start the process of adopting Lviv as York’s sister city.

“During Mayor Sadovyi’s visit to York back in November, we had the chance to discuss the opportunities and challenges facing our two cities. Both York and Lviv are thriving cities known for their cultural and historic richness and common day to day challenges, such as flooding. There’s much we can learn from each other and strengthen our links both now as a sign of support, as well as in the future when the people of Ukraine are free from the Russian aggressor.”