Proposals put forward by York’s Liberal Democrats urging all councillors to back calls to scrap the Planning Reform Bill and instead ask Government to focus on making the planning system more accountable to local residents, have been approved by Full Council. 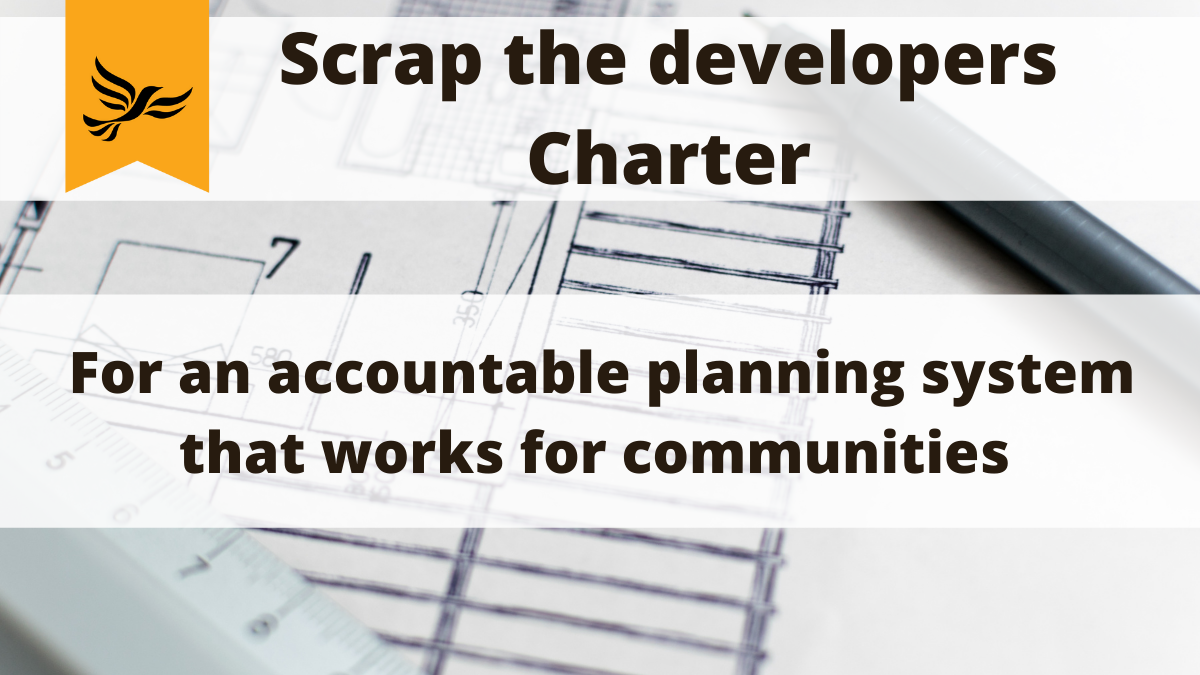 During the meeting, local councillors argued that the proposals contained within the Planning Bill will diminish the role of planning authorities, planning committee members and residents, making it a lot easier for developers to push through their plans despite local opposition.

The Government’s plans have been slammed by countless parliamentarians, Housing, Communities and Local Government Select Committees, CPRE and many professional planning bodies and local government representatives. Despite this, the controversial plans are expected to go before parliament in autumn.

York’s Liberal Democrat Councillors have received cross-party support to call on the Government for local resident engagement to be put at the heart of planning. This change must begin with a wholesale review of Permitted Development Rights and making the Planning Inspectorate more accountable to local communities.

“The Government is continuing to undermine local accountability through deregulation of the planning system, effectively handing powers to their donors.

“The proposed changes will have a major impact on the future our city, and crucially, on the extent to which residents can influence development in their area, or even whether Government takes away the means that they would ever find out about proposals until development began.

“No one is pretending that the current system is perfect, but by handing virtually all of the controls to the developer side, the balance will be lost entirely.

“I’m happy to see councillors from across the political divides come together to stand up for their residents and send a clear message – planning must be local and accountable.”