York's Liberal Democrats have selected their candidate for the target seat of York Outer.

At a packed meeting last night (3rd November) City of York Council Leader Keith Aspden was confirmed as the candidate. Keith is a qualified history teacher and lives in Fulford, where he has been a local councillor since 2003. 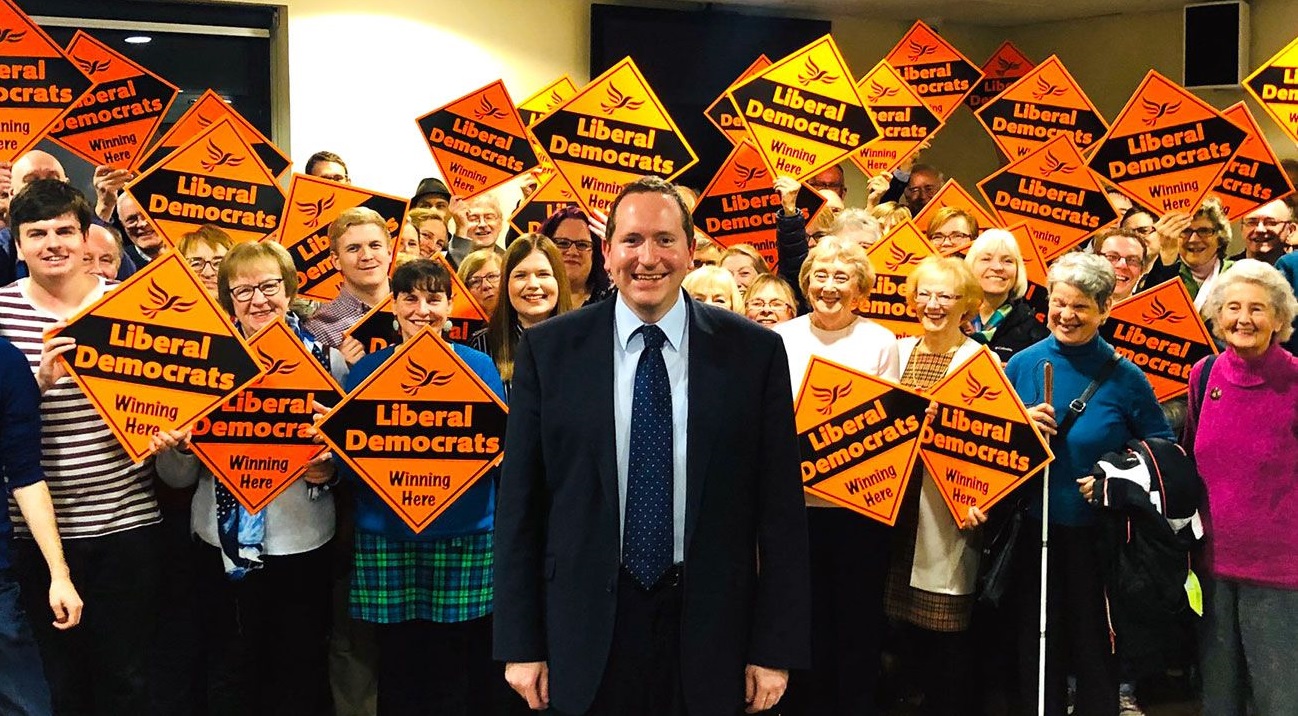 Keith and the Liberal Democrats are looking for their third win in an election in York this year. The Lib Dems are the challengers to the Conservatives in York Outer, with 18 out of 23 councillors and a strong team, buoyant from successive election victories. Labour and Green voters are switching to back the Lib Dems this time, as the best chance to beat the incumbent Conservatives. Keith Aspden will be the strongest stop-Brexit candidate on the ballot paper this December.

At the meeting, Keith said:

"This election is a once in a generation opportunity to reshape our politics and give hope to millions.”

"It is our opportunity to reject the tired old politics of fear and hatred with Boris Johnson and Jeremy Corbyn and to elect a Prime Minister with a vision for a fairer, brighter future for the UK.”

"But vitally, it’s a chance to change things for the better in our area. If you elect me on 12th December you have my word I will fight tooth and nail for our area in Westminster, to get:

• a fair deal for York Outer, with significant improvements in funding for local schools, health and social care;
• action to tackle the climate crisis, ensuring our planet is protected for future generations;
• major investment in local infrastructure, from full dualling of the outer ring-road to improving opportunities for walking, cycling and bus services;
• and an end to yet more plans to build over our green belt and open spaces, whilst providing the new affordable and sustainable housing we need.”

"Every day as Council Leader I have seen how the communities and villages of York deserve better. But I can't solve all of these problems locally. Whether it be for improved public transport infrastructure, Yorkshire devolution, or investment in schools, education and skills, more needs to be done nationally.”

"I am standing to be your MP as I want to join the Liberal Democrat team in Westminster working to ensure York gets a fairer deal. It's time to end the Conservative neglect of York."