York one step closer to securing £70 million for new homes

In an announcement made today, York has moved one step closer to securing £70m in Government investment to build up to 3300 new homes in the City.

The Communities Minister, Sajid Javid MP, has confirmed that both of York’s bids to the Housing Infrastructure Fund have been approved to move to the final co-design stage of the competitive process.  If finalised, this will greatly speed up major developments at York Central and a new garden village at Clifton Gate.
This will include £57 million to support the infrastructure and access road at York Central, which will open up the delivery of up to 2500 homes. It would also compliment the West Yorkshire Transport Fund funding to deliver the bridge, spine road, and improvements in connectivity for vehicles, cycles and pedestrians.
At Clifton Gate, £10 million of the funding would be used for to complete access works and improvements, including an upgrade to Clifton Moor roundabout, a subway for pedestrian and cyclists, junction improvements and new access roads into the site. In turn, this will facilitate quicker delivery of a further 1300 homes.
City of York Council will now work with the Department for Communities and Local Government on the business case ahead of the grant being released.
Cllr Andrew Waller, Liberal Democrat Deputy Leader of the Council, said:
“Today’s announcement by the Communities Minister is a vote of confidence in York and our plans for delivering a wide range of housing in the City.
“A considerable amount of work has been put in to get this far and I am delighted that the Government has recognised the strength of our case and the potential here in York.”
“Investment in infrastructure is essential to unlocking the potential of sites like York Central, and to our city’s economic growth.  Now that we are one step closer to securing this funding, we must work together to take full advantage of this opportunity.” 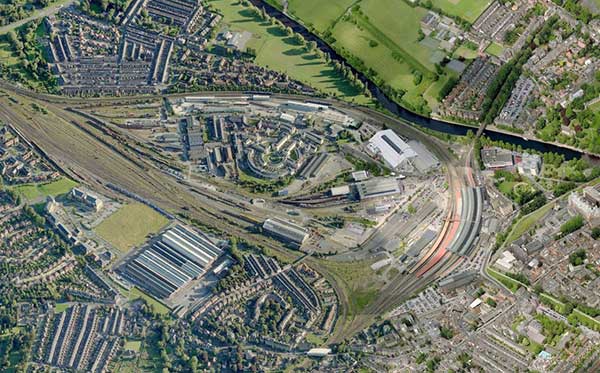