York one step closer to determining it’s own future, as Local Plan Working Group recommends to the Executive

York is now one step closer to adopting a Local Plan and shaping its own future, following a meeting of the Local Plan Working Group (LPWG) tonight.

Members of the LPWG have now approved and recommended that York’s Local Plan be consulted on by Executive members on the 8th May.
This is the last chance for York to set its own Local Plan and ultimately, determine how the City should grow.  As clearly stated during the meeting of the LPWG, if the Local Plan were to be amended or delayed at this stage, it would result in Government intervention.
Labour tried and failed to pass a Local Plan because of their proposals to overdevelop the greenbelt.  York’s Joint Administration have strived to achieve the right balance for York by addressing York’s housing need through the regeneration of brownfield sites, whilst simultaneously, protecting the Green Belt and York’s unique character.
Councillor Nigel Ayre, Liberal Democrat Chair of the Local Plan Working Group, said:
“This Local Plan is our last chance for York to determine its own future and not risk Government intervention.”
“It is absolutely essential that we deliver a plan that addresses the local pressures in our housing market, but at the same time, guarantees the protection of the greenbelt and York’s natural beauty through the regeneration of brownfield sites.”
“This Local Plan strikes the right balance for York and this is reflected in it’s cross-party support, it is extremely unlikely that Government intervention will do the same.”
“Labour members tonight voted against supporting this draft plan.  It is clear that such an action will inevitably lead to government intervention and refuse residents the opportunity to decide on their own plan.  Following on from the Executive meeting, all members will have the chance to vote on whether York, or Whitehall, decides the future of this city.  I urge all members of the Labour party to think long and hard before casting their vote on May 17th.” 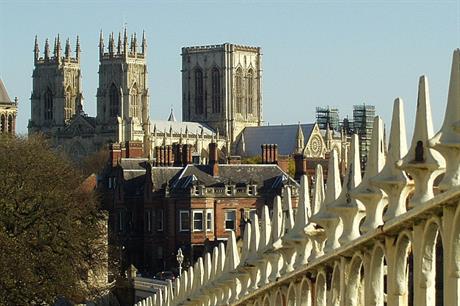