The Department for Transport have today confirmed that York is amongst the 6 cities shortlisted to be the new home of Great British Rail. 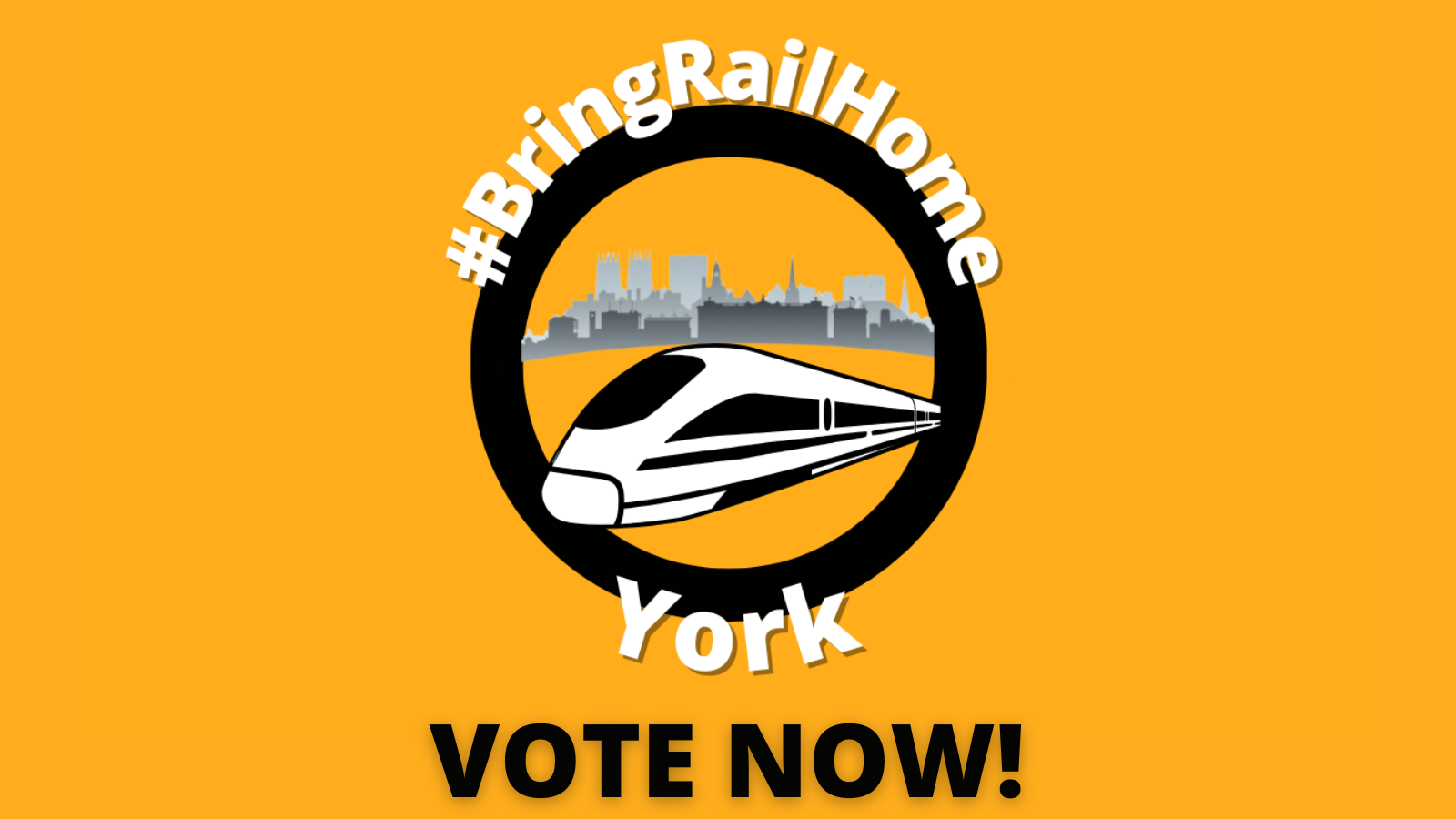 42 cities and towns bid in the national competition, which was launched back in spring. York is amongst the 6 finalists announced today (5th July) alongside Birmingham, Crewe, Derby, Doncaster and Newcastle.

The public vote is now open at: https://gbrtt.co.uk/hq-competition-public-vote/

York’s bid to have GBR move to the new York Central site was formally submitted by the Council on the 16th March with the backing of key city and regional partners, including rail, business, education, Police and heath leaders.

Moving the GBR HQ to York could have a major impact on the local economy, and estimates the move would add £110 million to York’s economy, creating 1,600 new jobs.

York’s unique rail heritage, existing connectivity and highly skilled workforce makes the city a great fit to be at the heart of the country’s rail industry.

“I’m thrilled to be able to confirm that York’s bid to be the new home of Great British Rail has been rightly recognised as one of the best amongst the 42 submitted. Now it’s time for the city to come together and get voting!

“Ever since the announcement of GBR plans, we have continued to make the case for York to be chosen as the home of the Government’s flagship rail body. Our existing connections, historical links, sector jobs and highly skilled workforce, would make the city a perfect fit for GBR. Our York Central site stands ready to host the GBR HQ at the heart of one of the UK’s most loved and visited cities, bringing skills, investment and jobs.

“York is already at the heart of the rail industry in the North, so this move would give us the opportunity to truly cement York’s place as the national home for Rail. I would urge residents and businesses to support the campaign and help us bring GBR to York!”