As river levels reach their peak in York, Councillors Keith Aspden and Paula Widdowson, have called for the Government to act on their promises. 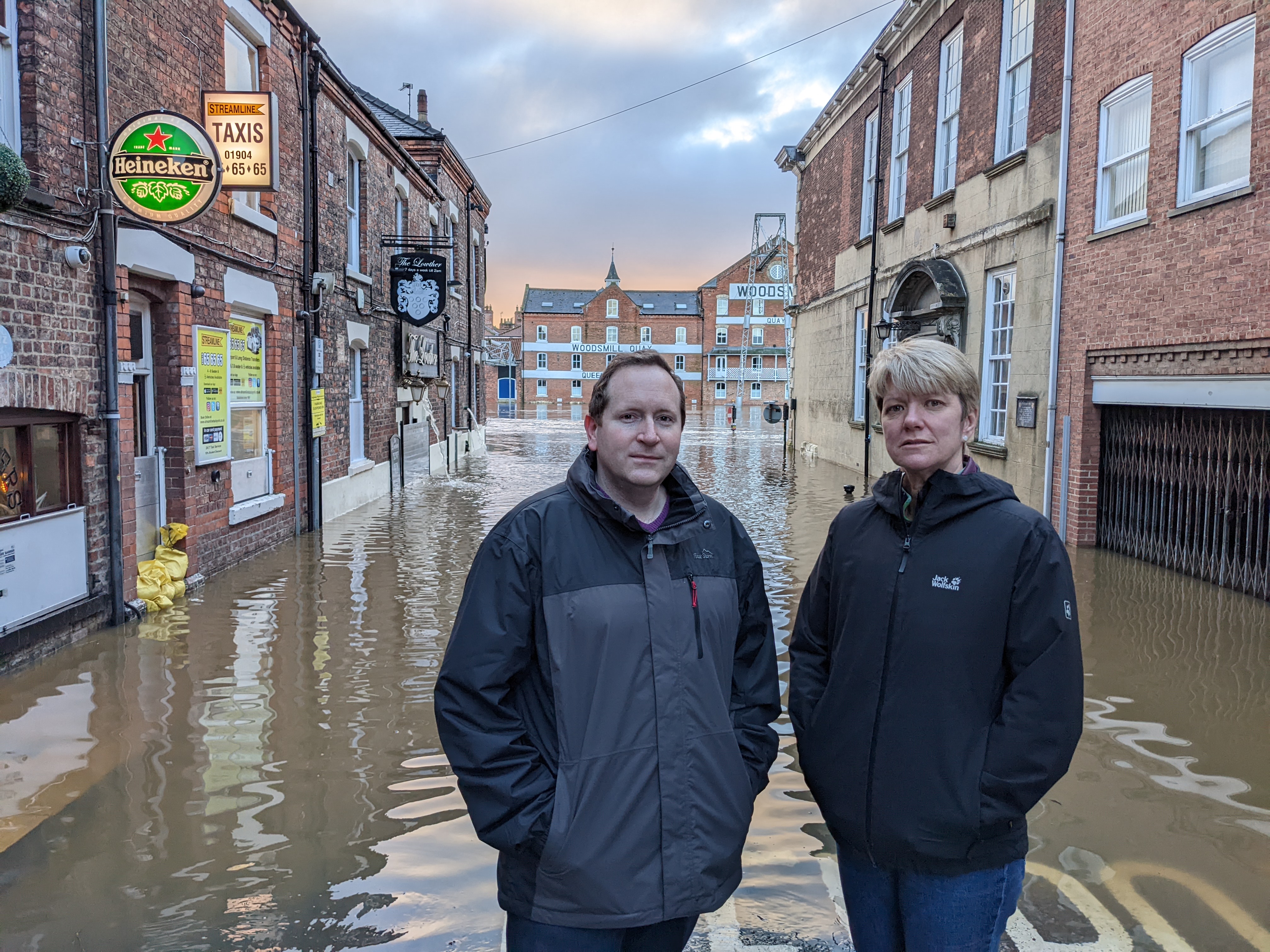 Following the Environment Agency’s predictions earlier on Monday for the river Ouse to a peak between 4.7m and 5m, river levels reached a peak of 4.58m at 10:30am this morning Tuesday (22 February). All of city’s defences held thanks to City of York Council and its partners acting quickly and well in advance to put in place necessary defences and support to protect those areas most likely to be affected, including constructing sandbag barriers and deploying flood pumps and defences. River levels are now expected to decline.

Whilst City of York Council and its partners once again acted swiftly to ensure the city is protected, there is an urgent need for a joined-up region-wide approach that goes beyond one off investments to protect communities across the region.

A recently published report ‘In Deep Water’ pointed out the lack of co-ordination and planning amongst the various Government departments. Whilst the Environment Secretary is still refusing to hold the Yorkshire-wide flood summit he promised nearly two years ago.

Councillors are reiterating their calls for Councils like York, in high-risk areas, to be given special tier 1 status to qualify for vital emergency funding for flood defences. A review of future funding levels for flood defence schemes must also take place, in order to take into account the most recent weather patterns and projections. The Government should also consider the balance of funding in terms of flood defences for communities and the support for individual properties that require resilience.

“For years now we have continued to call on governments of all colours to deliver a long-term, coherent region-wide plan to respond to flooding and protect our residents and communities. Every single year we have to remind Ministers of the commitments they have made to York’s residents.

“A joined- up approach to reducing flood risk must look at measures across the whole landscape and river catchments, including up-stream solutions, with long-term local action and investment.

“With local authorities facing major financial constraints, it is now more crucial than ever that the Government honours the commitments made to people of York and the region by providing the necessary funding and delivering a long-term Yorkshire-wide plan to protect our communities.”

"The pattern remains the same – Government only seems to recognise flooding as a major issue when it hits the national paper headlines. Ministers have been keen to visit York and pose in the city’s flooded streets for the cameras, but when the water disappears, so do the Ministers and their promises.

“Together with the Environment Agency we are working to protect properties and businesses across the city. In order to make a real difference however, we need joined-up thinking, coordination and funding from Government.”