New analysis of ONS data shows that the average yearly bill for homeowners in York will skyrocket by £600 per year - the equivalent of £50 a month - once the new energy price cap comes into effect in April. 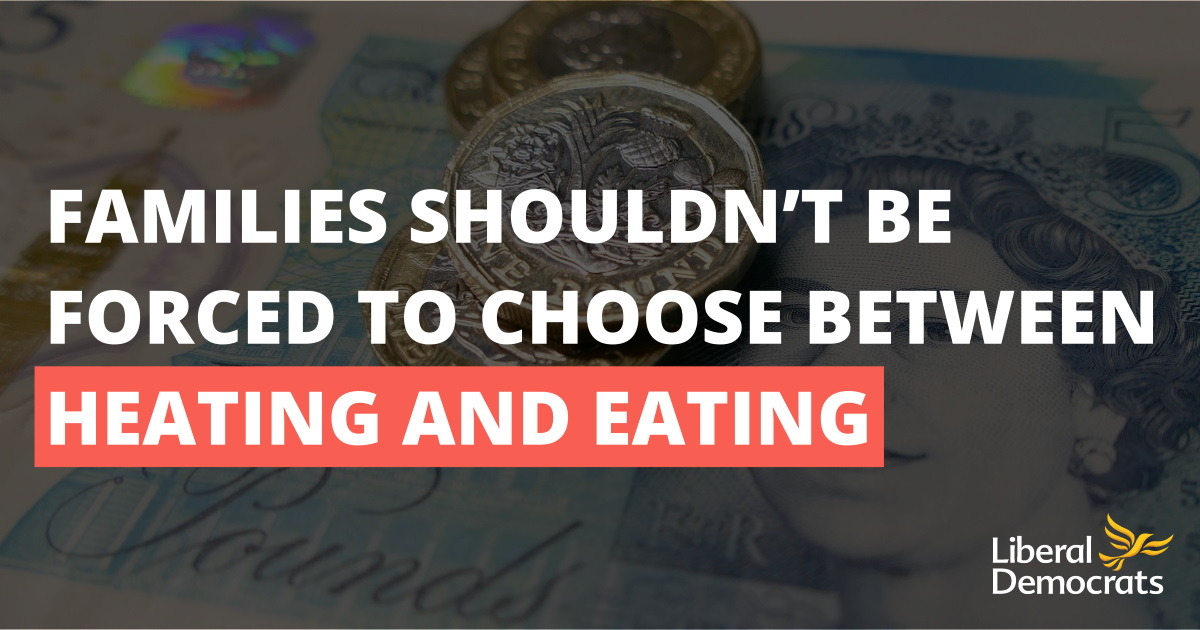 This is above the forecasted national average uplift in bills for each household of £598 per year, meaning people in York are set to be hit harder than most across the country.

Last year the average homeowner in York paid on average £759 for their annual energy bill. Under the new price cap coming into force in April, that figure is set to rise to £1,359.

York’s Liberal Democrat councillors are now urging Ministers to bring forward a one-off ‘Robin Hood’ tax on the super-profits of oil and gas giants, to fund an emergency package of support for those facing eye-watering increases to their heating bills. This would include the doubling and expansion of the Warm Home Discount to those in receipt of Universal Credit or Pension Credit, giving 15,621 households in York £300 each off their heating bills this year. Whilst the doubling of the Winter Fuel Allowance would help 72,790 pensioners in York keep their homes warm.

“Residents are already struggling with almost two years of the pandemic and loss of income, and are now facing a cost of living crisis. Many are seeing a double whammy of rising bills and the slashing of vital support from Government.

“Through Council-delivered schemes and work with community organisations across the city we have prioritised support for the most vulnerable. However, it’s clear that urgent Government intervention is needed to protect vulnerable people from this cost of living crisis.”