City councillors have voted to declare a cost of living emergency in York. 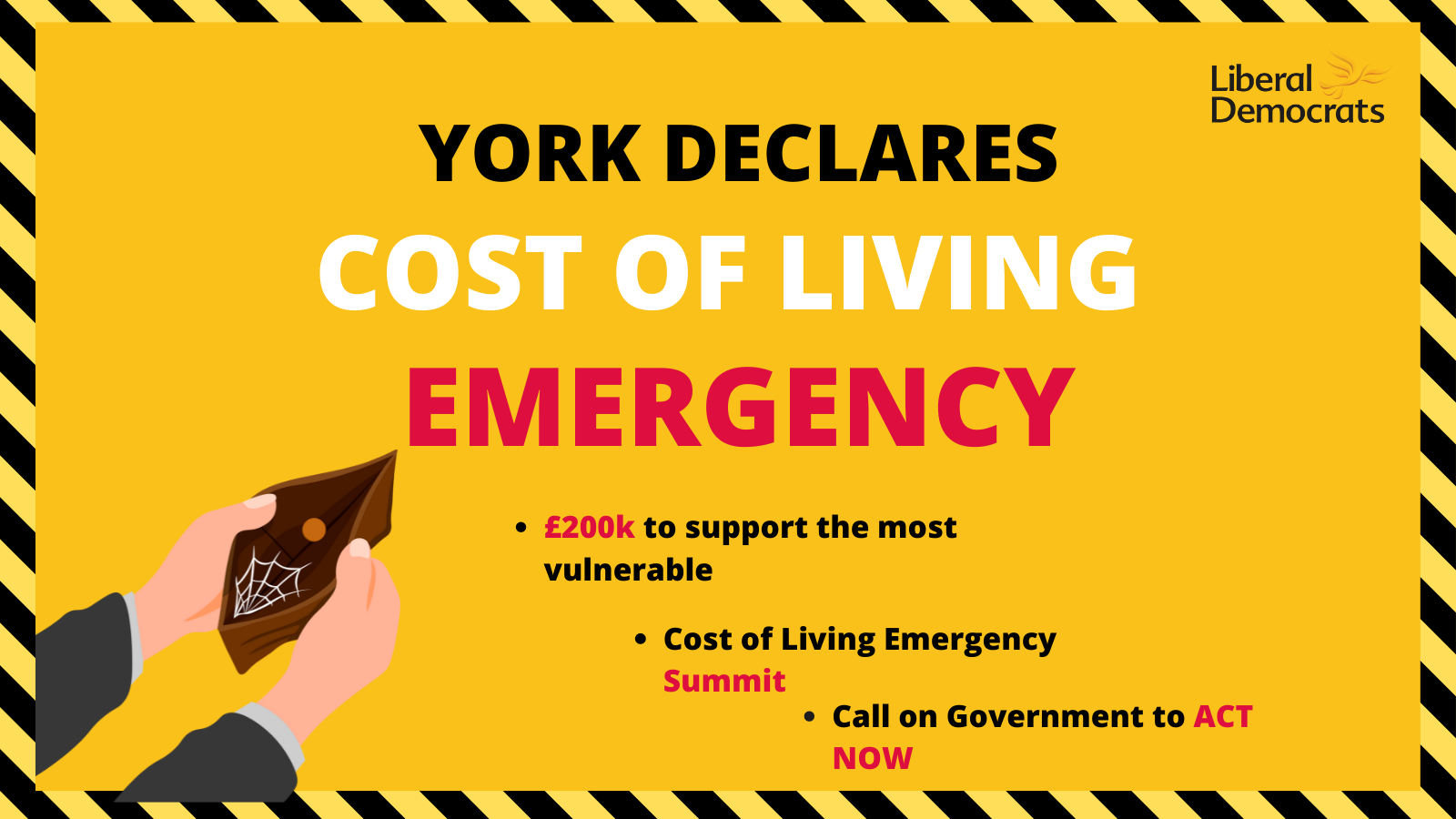 During the meeting, councillors shared harrowing stories of local residents struggling to make ends meet, as the cost of living crisis continues to bite. Local foodbanks have, for example, seen a 64% increase in the number of food parcels distributed compared to 5 years ago.

Representatives from the York Foodbank charity and Citizens Advice York spoke in support of the motion at the meeting, outlining the real extent of the cost of living crisis in York and the need for long term solutions to the crisis.

The Council will now distribute £200k worth of fuel and food vouchers to support the most vulnerable in the city. In order to look at what else organisations in the city can do to support residents, a local Cost-of-Living Emergency Summit will be convened and further lobbying will take place urging the Government to address the crisis nationally.

The Council has invested £1.3million to support residents facing rising costs through the York Financial Assistance scheme (YFAS) since the start of the pandemic and has provided targeted support and advice to those in most need.

“We have all listened to countless stories from residents about just how bad the cost of living crisis is affecting them. The tragedy is that it is only set to get worse as we enter winter months and heating bills rise again.

“As a Council, we’ve done as much as possible to support those struggling. The work of countless local organisations, foodbanks, community groups and volunteers, who go above and beyond every single day, also help to fill the gaps in Government support.

“I’m thankful for the support of councillors at last night’s meeting. I was, however, disappointed to see Conservative councillors abstain on this crucial motion, instead choosing to defend their shambolic Government.

“The declaration of the cost of living emergency will not only serve as a call to Government to act urgently, but will also support our work with partners going forward, and most crucially, offer real support to thousands of residents.”