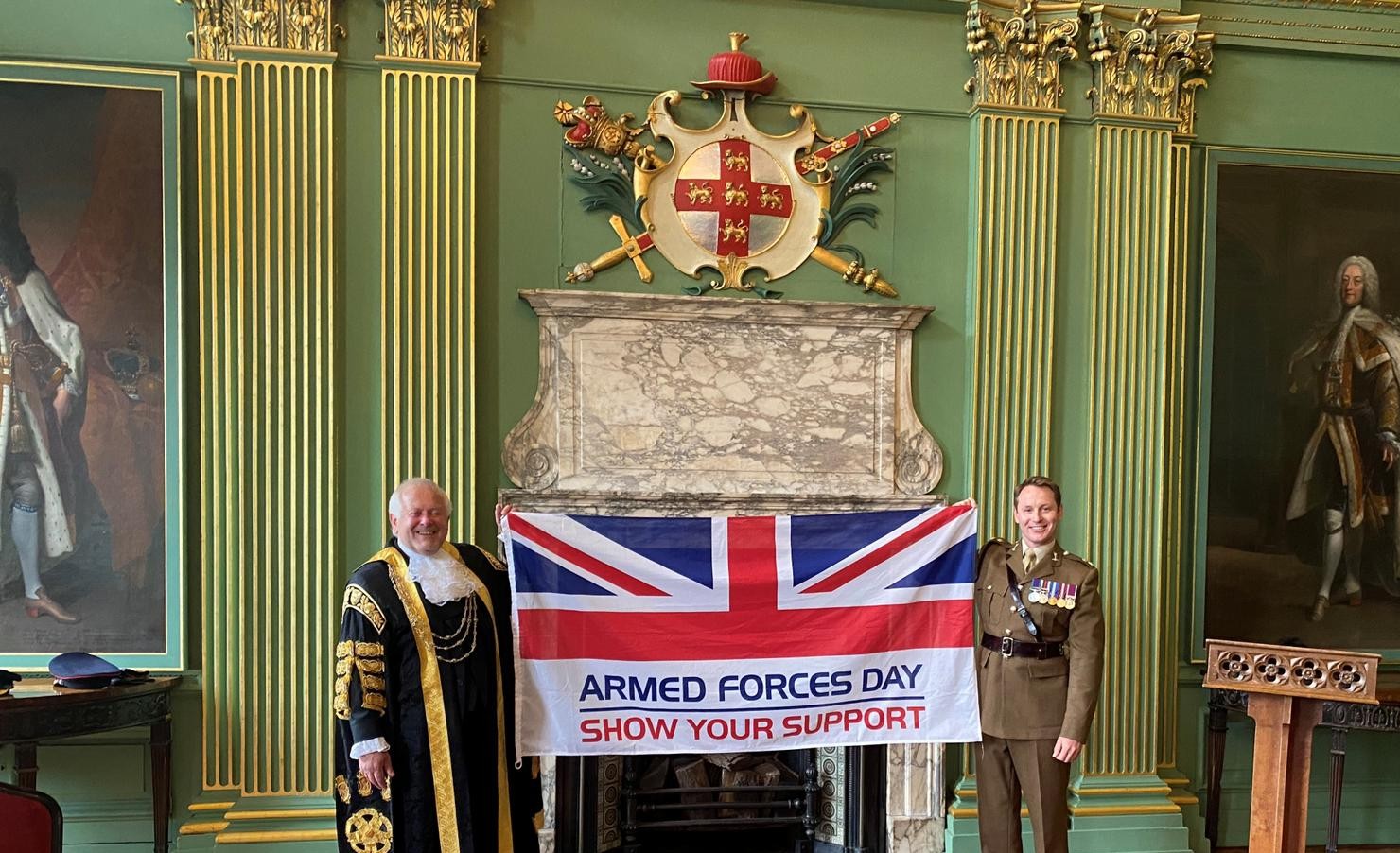 It is estimated that across York and North Yorkshire, there are over 13,000 Armed Forces personnel - with thousands more veterans and family members.

Reservists, who are recognised today, are integral to protecting the nation’s security both at home and overseas. Around 2,000 were called up to aid the military response to the coronavirus pandemic in early April 2020 and through the Covid Support Force (CSF), set up to assist the NHS and other public services with their reaction to the outbreak, they have worked alongside Regular personnel to provide medical support, as well as in engineering, logistical and liaison roles.

Amongst them were Flight Lieutenant James Barker, local Rural West councillor, who joined the Reserve Forces in 2003, after a career as a full-time Regular with the RAF.

“Earlier last year, in the height of the pandemic, I was amongst those called up to aid our health and key workers in the fight against the covid-19 outbreak. Those who have served or continue to serve in our Armed Forces dedicate their lives to our country. It is particularly the many reservists, who alongside juggling their daily responsibilities, are going above and beyond to support our communities.

“It’s an honour and a great responsibility to be amongst the many thousands of dedicated Armed Forces personnel in the city. This week gives us all an opportunity to give our thanks for their continued work and sacrifice in supporting and protecting our city and country.”

"During Armed Forces Week we say thank you and show our support for those who make up the Armed Forces community. We are immensely grateful and proud for their dedication to our city and country and all they have done to support us through this challenging year.”