The winter weather has taken its toll on a number of local roads, where potholes and deteriorating road surfaces present a hazard to all road users. 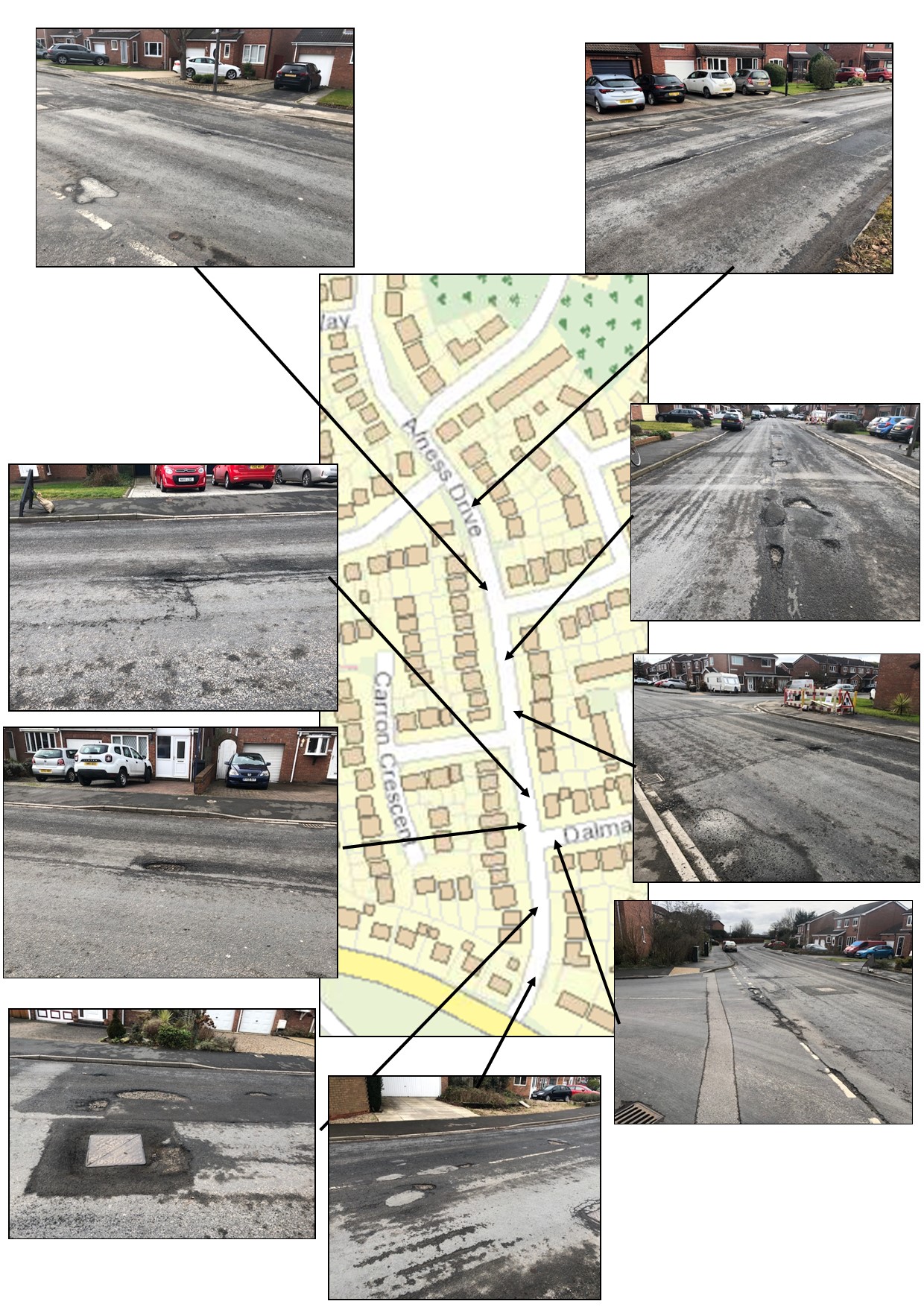 Local councillors are lobbying the council's Highways team to fill in the multiple potholes that have appeared on Alness Drive after an initial response stated 'no action required.' Some potholes have since been marked for repair, but others have not.

It is a similar story on Moor Lane between Cairnborrow and Eden Close, where there has been a dramatic deterioration in the road surface over recent months. As well as potholes, large sections of the highway previously 'surface dressed' have crumbled, leading to a thick layer of debris accumulating by the kerbside. This poses a particular hazard for cyclists. 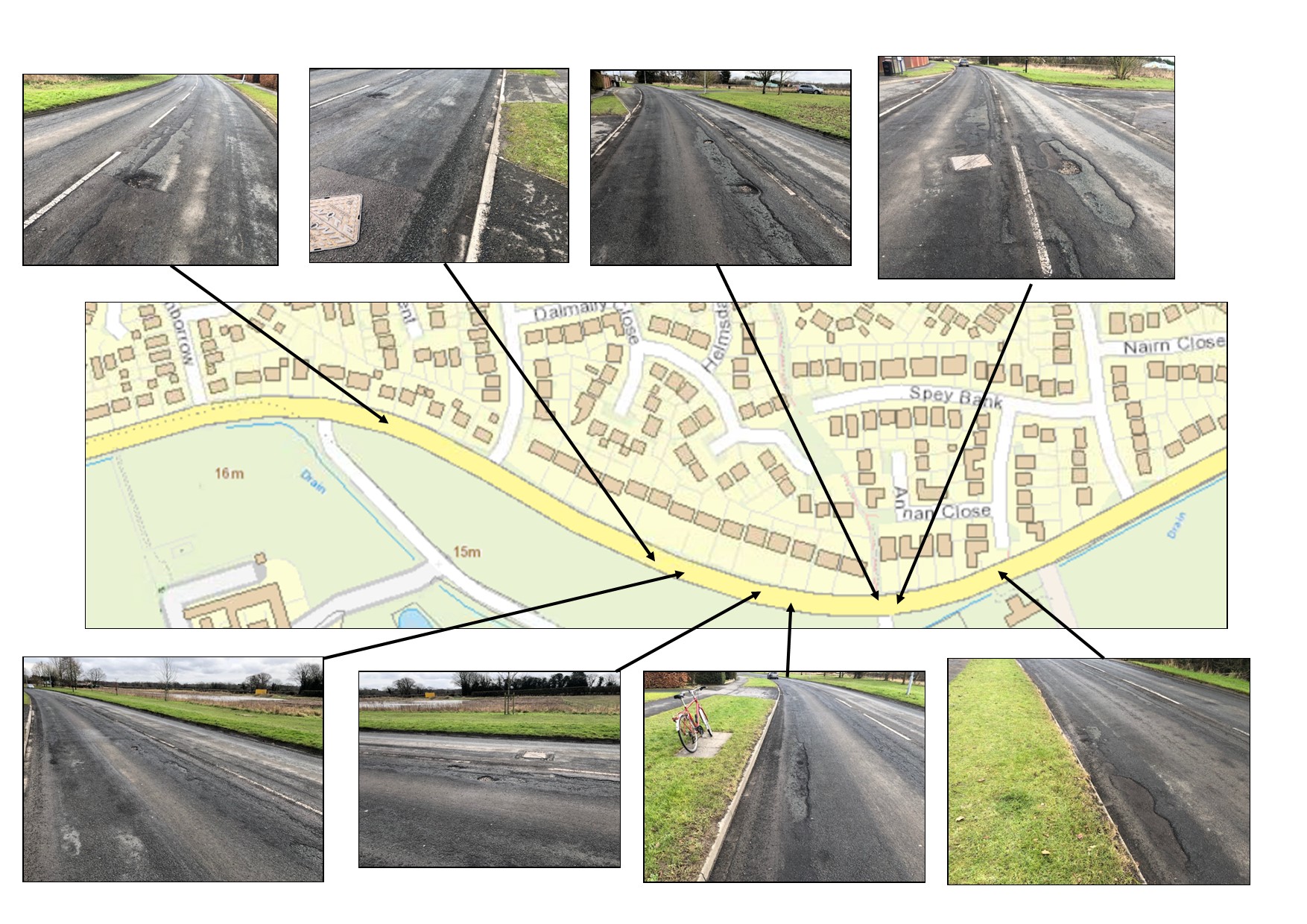 Councillors will continue to undertake regular inspections of roads and footpaths and report repairs where they are needed. We would encourage residents to notify us of any we may have missed.