Lib Dem councillors for Dringhouses & Woodthorpe are making use of their ward budget to urge motorists to slow down near school entrances. 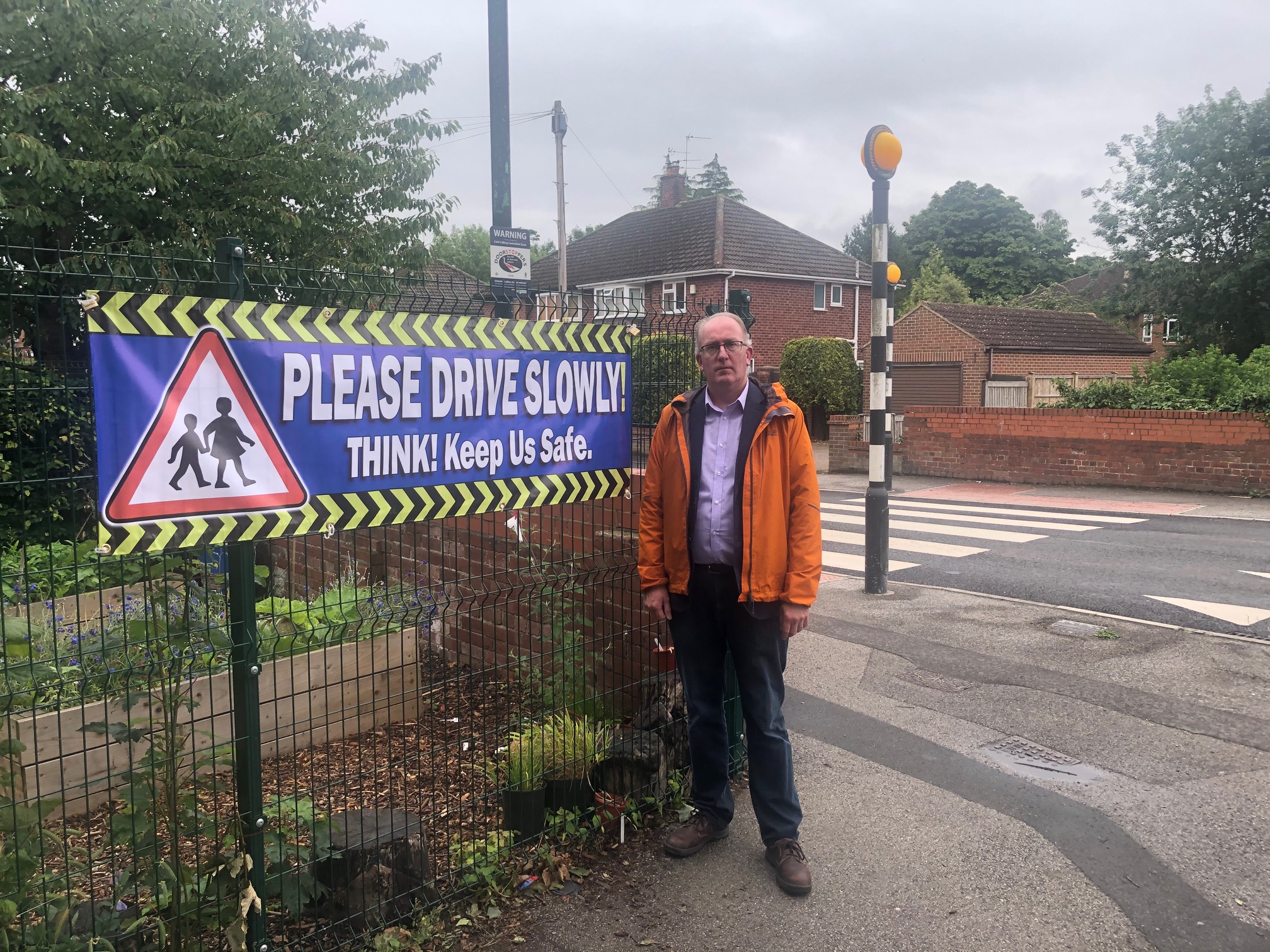 Before lockdown measures were introduced, a number of residents contacted local councillors to express concern about drivers speeding on the approach to Dringhouses Primary School from the St Helens Road railway bridge, and it was suggested that a banner could be put on the school fence to remind motorists to slow down. Having secured the support of the school, Cllr Stephen Fenton arranged for a banner to be purchased using the Dringhouses & Woodthorpe ward budget.

"The ward budget is there to support measures that tackle issues of concern to residents. Sometimes they are big ticket items such as tree planting, but the smaller schemes such as this one are just as important."

"Since lockdown began we’ve all witnessed a welcome increase in the numbers of people cycling and walking, but there have been real concerns about the behaviour of some motorists who have taken advantage of quieter roads to drive at ridiculous speeds. Simple steps such as putting up awareness-raising banners help to get the message across that speeding is not a behaviour that is acceptable in our communities.”

"If residents have other suggestions for measures that they would like to see put in place to improve safety for pedestrians and cyclists, particularly around schools, we would very much like to hear from you."