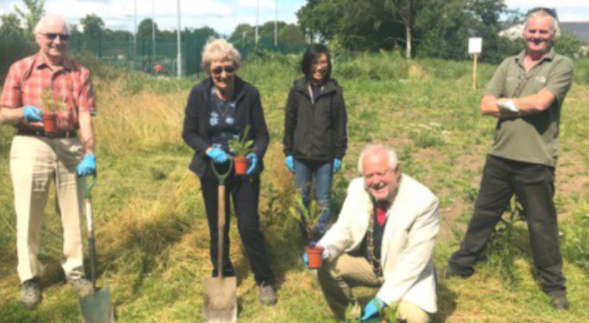 Project by York St John University to re-introduce the very rare tansy beetle on land near to the St John’s sports facility.

We have received an update from the University which says:

“We are very pleased to let you know that last month 40 tansy beetles were released onto the site.

“This is a small population so fingers crossed they survive and thrive. If you’re visiting the site for a walk please keep your eyes peeled and you may be lucky enough to spot one of these beautiful creatures.

“You might also be interested to know that other work has been carried out by our Grounds Team at the site over recent months to support nature, including;

• more wildflower plug plants are due to go in across the site over the next few weeks.“