As the city recovers from yet another flood following Storm Christoph, Council Leader Keith Aspden has written to the Environment Secretary to once again highlight the urgent need for additional support and a region-wide approach to tackling flooding in York. 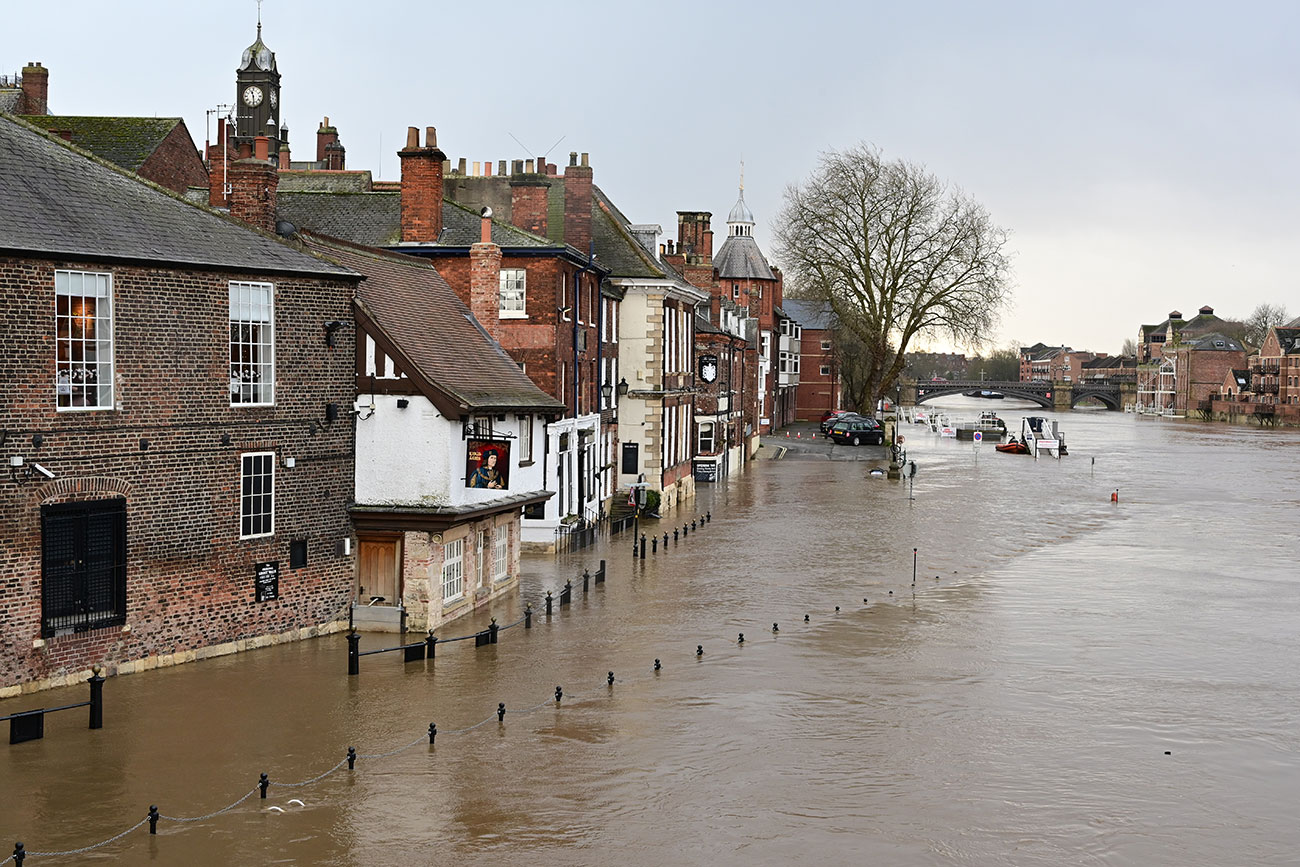 City of York Council and its partners acted swiftly to ensure Covid safe preparations were made and temporary defences were created to protect vulnerable parts of the city. Thanks to the efficient and rapid work by the Council’s frontline service staff, January’s floods saw no major damage to properties in the worst affected areas. However, with severe flood events taking place more often, the Government must act on the promises made to York’s residents.

Most recently announcements have been made on plans to look into introducing changes to the flood funding formula as well as discounted insurance premiums for householders plagued by repeated floods. Whilst this move is a welcome step, more needs to be done to tackle flooding in the wider region.

Highlighting the need to take a region-wide approach to tackling flooding in Yorkshire, Cllr Aspden notes the urgent need to do more within the wider catchment area upstream of York. Despite years of calls from leaders across Yorkshire to adopt a long-term and coherent region-wide plan to protect our communities, the Government has failed to take a proactive approach to the crisis facing our city and region. Cllr Aspden is calling for the speed at which permanent flood defences are introduced both in York (as well as further upstream) to be accelerated in order to minimise the damage severe flood events have on York’s communities.

Writing to George Eustice, Cllr Aspden is urging the Government to introduce a long term strategy and investment at local level to ensure people in areas most at risk of flooding are better equipped, physically and socially, following research carried out at the University of York highlighting the mental health impact on communities prone to flooding.

“Whilst our frontline staff ensured that our city was protected during the latest floods, the huge psychological, emotional and financial cost of flooding to our communities, who are affected by severe flooding events at least once every year, is undeniable.

“With local authorities facing major financial constraints following the impact of the Coronavirus pandemic, it is now more crucial than ever that the Government honours the commitments made to York’s residents by providing the necessary funding and delivering a long-term and coherent Yorkshire-wide plan to protect our communities.”