Earlier this week, the local Conservative MP for York Outer Julian Sturdy MP voted against a new law which would have forced water companies to report on the number of animals killed by sewage dumps. 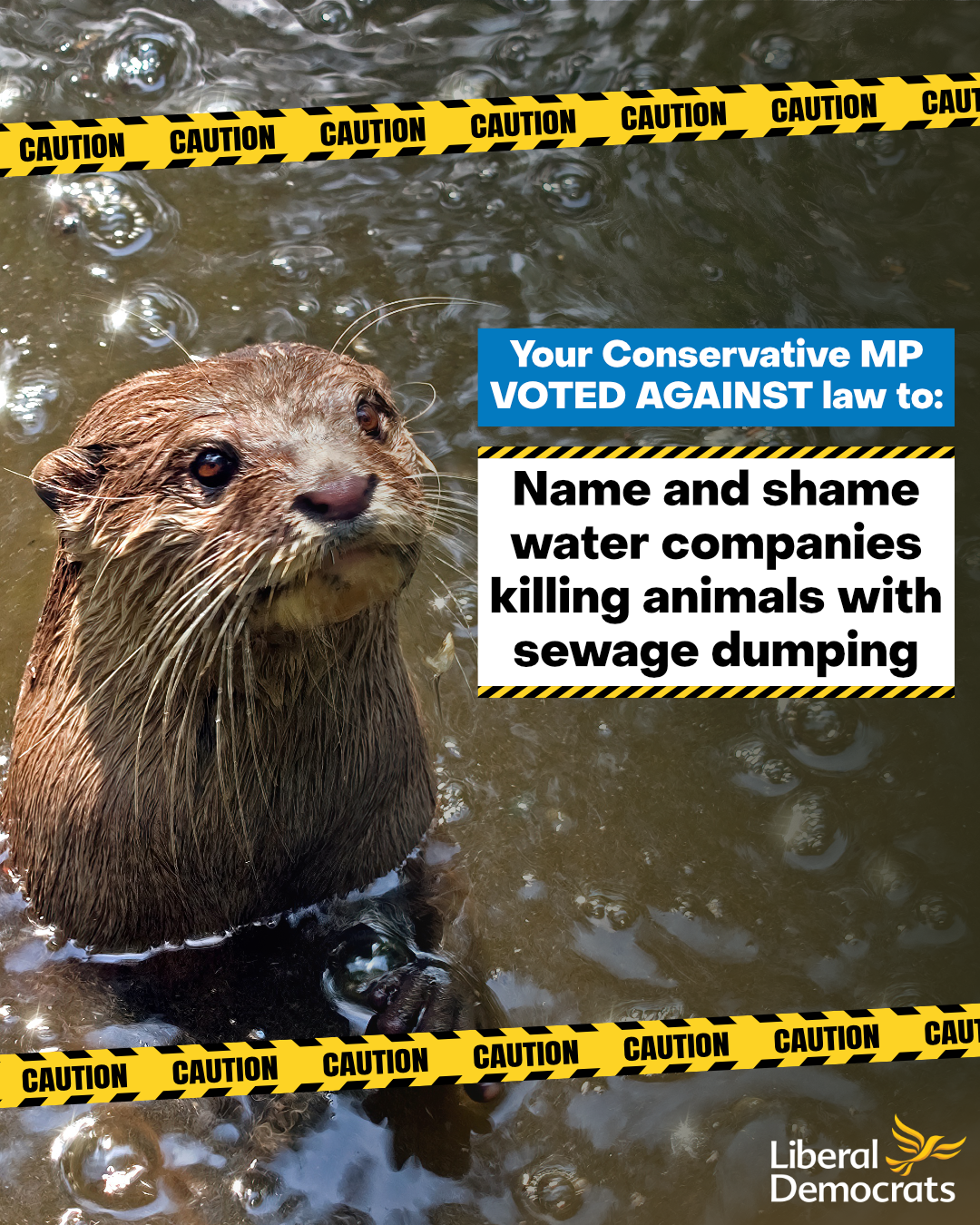 The vote followed the detection of toxic substances known as “forever chemicals” in otters across England and Wales.

Whilst York is well known as the home of its two rivers, the Foss and the Ouse, these waterways have been revealed to be flooded with harmful pollutants, as in 2020 alone water companies dumped raw sewage 2,392 times into the rivers of York, for a total of 14,838 hours.

In December councillors voted to pass a motion calling for urgent action to clean up the city’s rivers, working with Yorkshire Water and the Environment Agency to address sewage discharges and water quality data monitoring as well as lobbying Government for the necessary funding, regulatory powers and policy changes to restore the health of Britain’s rivers.

“York’s rivers are the lifeblood of our local ecosystem and natural beauty, yet for decades, water companies have been allowed to mistreat them and get away with it.

“In a bid to reverse this trend, councillors came together to take the lead with our local partners to monitor of our local waterways to uncover the extent of the damage and work to stop the pollution of our rivers.

“This Conservative Government and our own local MP has shown once again that they are unwilling to take action, letting water companies off the hook.

“Enough is enough, we need to name and shame water companies which are being found to destroy precious wildlife habitat.  It is scandalous that animals are swimming in filth and seeing their habitats become sewage traps.”