Save our Fire Service

Liberal Democrat Councillors representing communities to the north of York are calling on residents to back a petition against planned cuts to Huntington Fire Station. 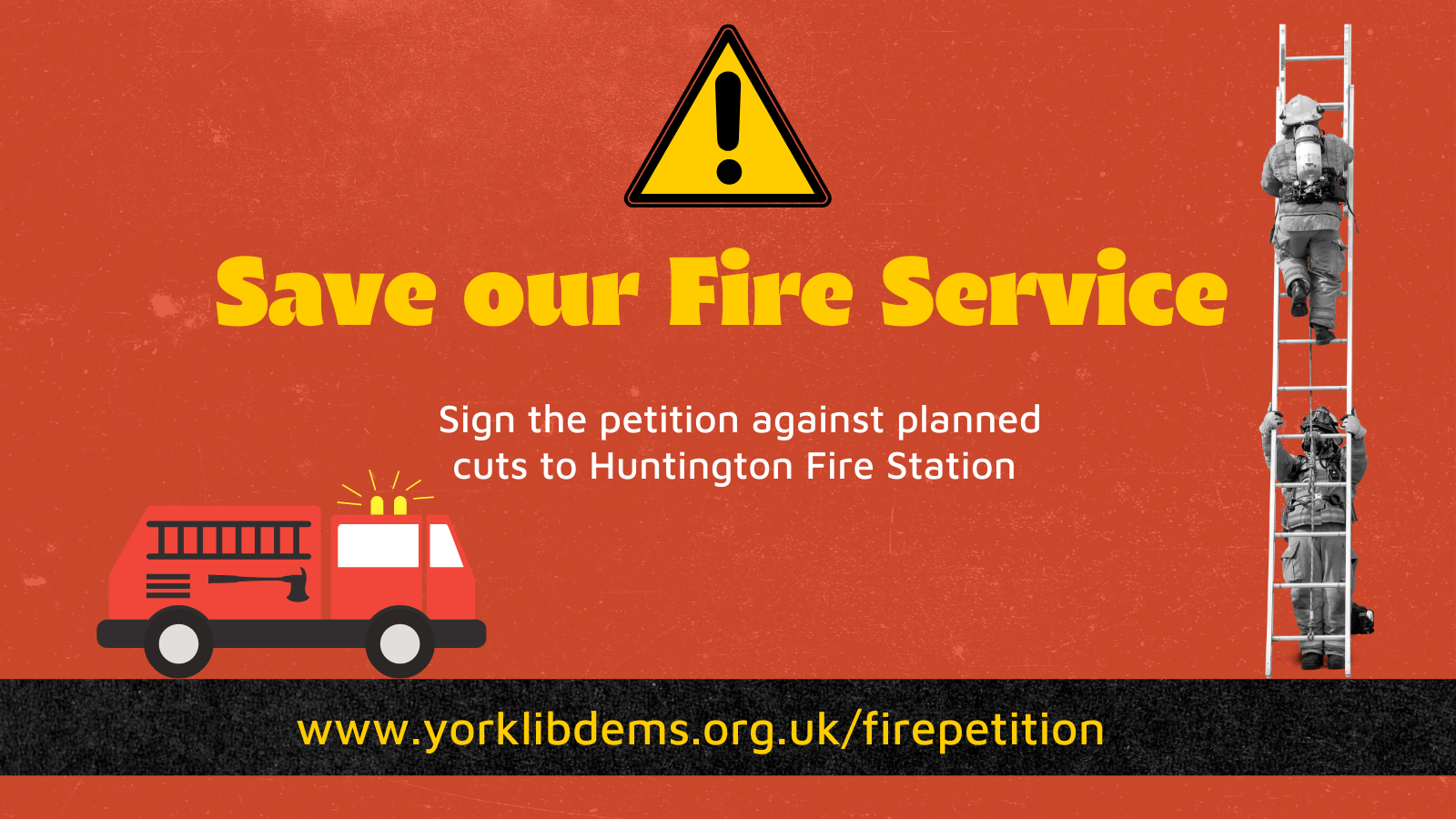 This is expected to increase response times by up to about 4 minutes.

The petition against the proposed changes to Huntington Fire Station is online at https://www.yorklibdems.org.uk/firepetition

“We have had two serious house fires in Strensall in the last couple of years. Luckily, everyone escaped safely, but I worry what would have happened if the crews had arrived 4 minutes later.

“There is also the risk to Strensall Common, where fires can spread out of control extremely quickly – just a few weeks ago the crew from Huntington were instrumental in containing a 500m fire front on the common.”

“Residents in Haxby and Wigginton will be shocked at these proposals, particularly as they come after several devastating house fires in recent years."

“York’s Lib Dems have been fighting for a fair deal for York for a long time. This is yet another example of Conservatives cutting services, cuts that they never mentioned during their election campaign.

“We’re asking everyone to sign the petition and make their voice heard in objecting to these changes, which will put public safety at risk.”