Residents have their say on Tadcaster Road

In September local residents were invited to have their say about proposed £1.4m improvements to support walking, cycling and bus use along Tadcaster Road, to be funded by the West Yorkshire Combined Authority. 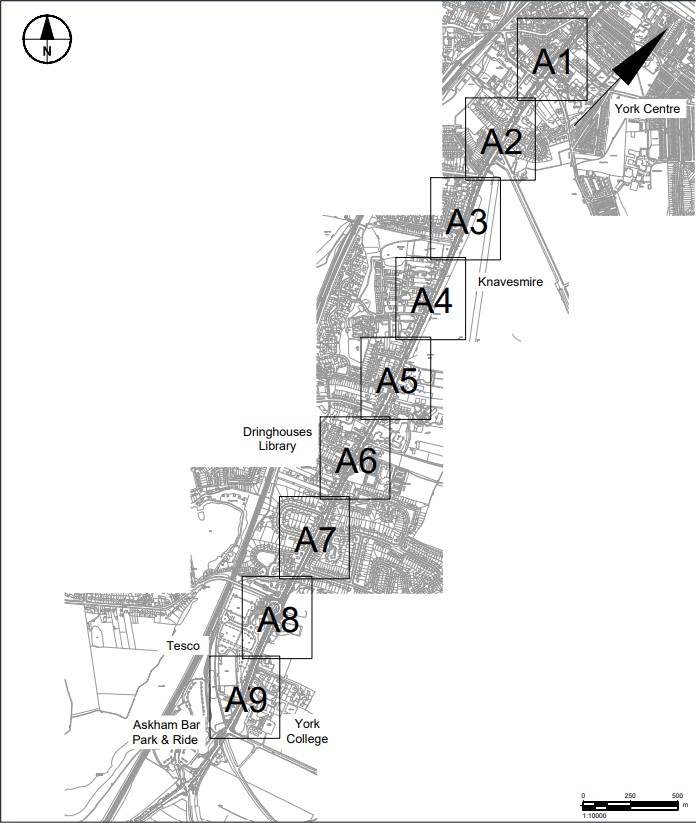 Over 500 residents responded to the consultation and there were two drop-in sessions held on 18 September, organised by ward councillors. Some ideas were put forward such as building an underpass between York College and Tesco (which we agree is a good idea and which we now know is technically feasible) but this money from West Yorkshire can only be used for walking, cycling and bus improvements.

All of the feedback was submitted as part of the consultation. You can see a summary of the comments received at https://tinyurl.com/Tad-Road-Feedback

Aspects of the proposals that generated the most opposition included the proposed relocation of the bus stop from outside the fish & chip shop to a location 75 metres south, and the proposed creation of an off- road cycle / foot path that would not be segregated. There was support for the proposed pedestrian crossing near the junction with Nelsons Lane, but some respondents queried the rationale for the proposed crossing near the junction with Middlethorpe Grove. Having reviewed the feedback, council officers proposed a number of amendments which were agreed at a meeting on 18 October - summarised at https://tinyurl.com/Tad-Rd-Revision

The proposal to create a shared cycle / footpath from the Tyburn to the Marriott has been dropped as creating a path wide enough to accommodate segregation would require the felling of 12 mature trees.