James Barker, Liberal Democrat Police, Fire & Crime Commissioner candidate for North Yorkshire, has called on the county’s MPs to vote against Police, Crime, Sentencing and Courts Bill which is being debated in Parliament this week. 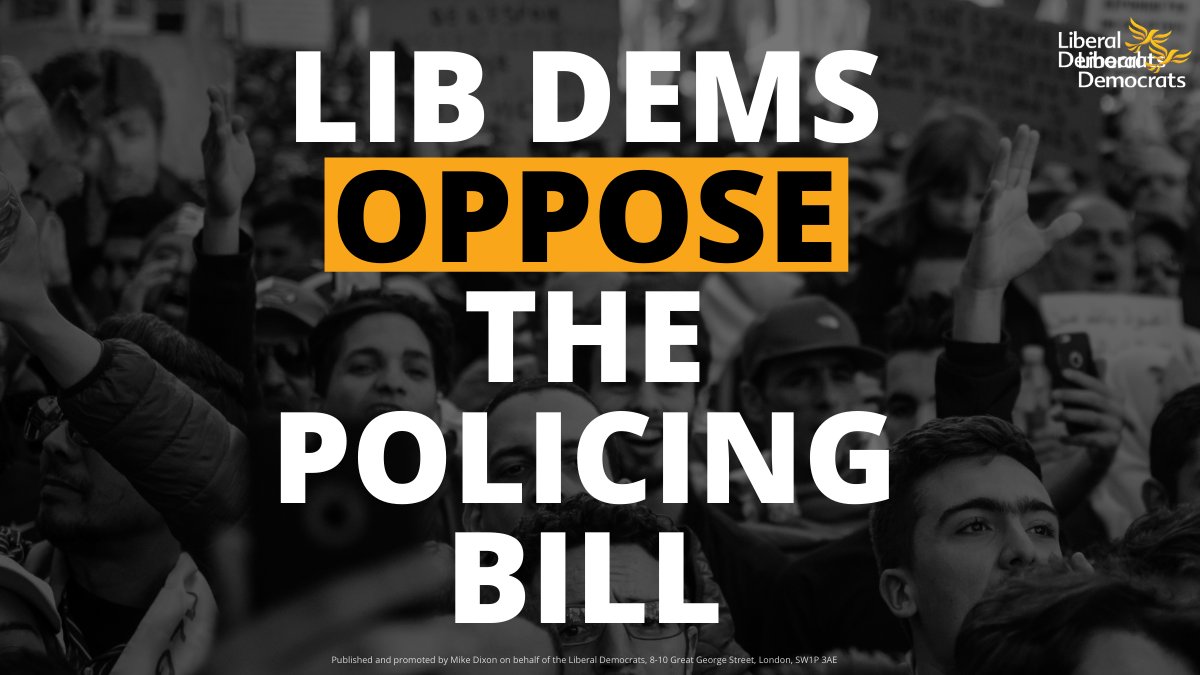 One element of the Bill relates to the freedom to protest. At present, if the Police want to restrict a protest, they have to show it may result in "serious public disorder, serious damage to property or serious disruption to the life of the community." The new restrictions proposed within the Bill would allow the Police to impose a start and finish time, set noise limits, apply these rules to a demonstration by just one person and allow for a maximum sentence of 10 years for causing “serious annoyance”.

James Barker commented: “The Bill contains some proposals that are worthy of support, such as maximum sentences for low-level assaults against emergency service workers being doubled to two years and community sentences for less serious crime to help address underlying problems in offenders' lives, but the Government has got it badly wrong in trying to stifle people’s freedom to protest.

“The right to peaceful protest is a fundamental part of any functioning democracy. The Police already have extensive powers in this area and I am concerned that what is being proposed in this Bill will impact on people’s freedom of speech and right to protest. For this reason, I am therefore calling on North Yorkshire’s MPs to oppose this Bill.”