York Liberal Democrats are joining City of York Council in encouraging everyone to show their support for key workers by painting York blue on 23 April. 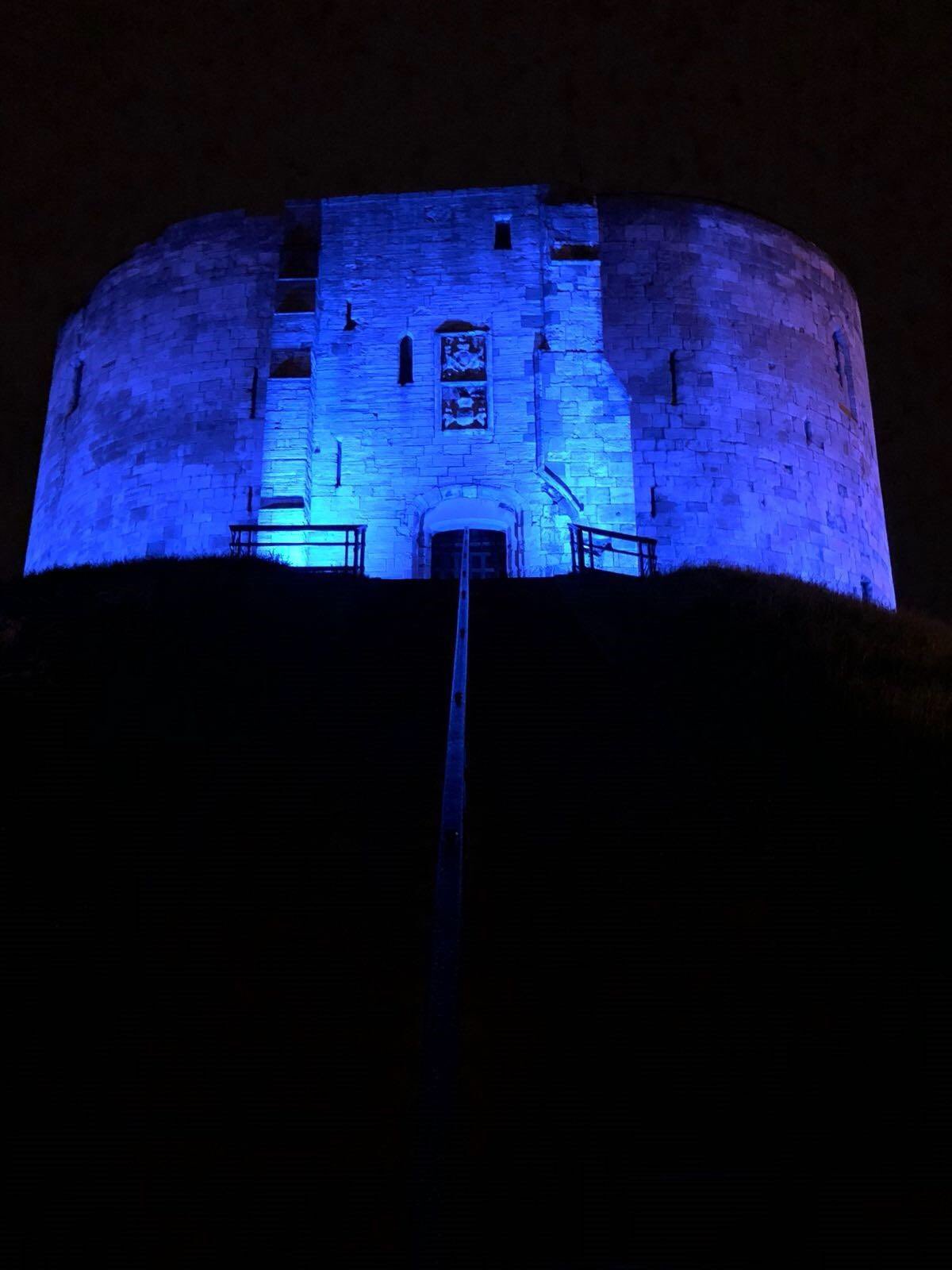 In line with the national campaign to show our appreciation on Thursdays, the council has turned famous York landmarks blue, including the City Walls, Clifford’s Tower and Millennium Bridge, as residents clapped in a show of support for the NHS, emergency services, supermarket staff, waste crews, volunteers and other key workers in the city.

However, this Thursday, the Council is encouraging everyone in the city to #paintthecityblue and spread the message of support across York.

As individuals continue to practice social distancing in an effort to curb the spread of the virus, people around the city have been putting up their blue Christmas lights or blue flags in show of support for key workers during this situation.

Beyond demonstrating support for key workers, displaying lights, whether in your window or garden, is also an opportunity to show friendship and solidarity with neighbours, reminding the more isolated that there is someone there for them even if they cannot be seen.

We would also like to remind residents to not light sky lanterns tonight as they pose a fire risk to property and wildlife as well as to livestock.

The outpouring of support for key workers over previous weeks has been great to see. We will continue to light up landmarks across York on Thursdays, including the City Walls and West Offices, as a sign of our continued support for all key workers, including council staff.

"We will continue to light up landmarks across York on Thursdays, including the City Walls and West Offices, as a sign of our continued support for all key workers, including council staff.

I would encourage people to once again show their appreciation by joining in. Some local residents are displaying their blue Christmas lights or blue flags to show our gratitude on Thursdays. We continue to hear about people going out of their way to help others, from delivering meals to picking up prescriptions, to joining the council’s volunteer scheme.

It’s these kind acts that help to bring the city together during these difficult times and will help us get through this current crisis.”