In a motion to Council on the 22nd March, Liberal Democrat Councillors are looking to kick-start a campaign to raise awareness on the often overlooked and hidden disease; Myalgic Encephalomyelitis, otherwise known as M.E.
M.E. is a chronic, neurological condition that causes symptoms affecting many body systems to an estimated 800 people in York, 250,000 people in the UK and around 17 million people worldwide.  Many who suffer from the disease often report that diagnosis can take months, or even years, and that there is a lack of awareness amongst the majority of clinicians.
M.E remains largely out of the public conscience and therefore, is often referred to as a ‘hidden’ disease.  In response, the York Liberal Democrats are calling on the Council to initiate a public awareness campaign in the build up to M.E Awareness Day on the 12th May.  This will include:
Councillor Carol Runciman, Liberal Democrat Executive Member for Adult Social Care and Health, said:
“Living with ME is challenging. People may struggle with debilitating symptoms and other problems, but it is important to remember that support is out there and this is crucial in dealing with any illness. By raising awareness, we can spread this message and better our understanding of the disease.”
“In York, we are lucky to have the York M.E Community and the Yorkshire Fatigue Clinic, who both provide excellent support to those suffering from the disease in York.  We must build on the work they do and promote what they can do to help.”
Bill Clayton, founder of the York ME Community, added:
“M.E is something that is likely to be affecting someone you know, without you realising it.  It could be someone missing from work, school, or even the football team.  We don’t see them, as most are often bedbound and hidden from society.
“There are millions missing from their lives due to this devastating illness and I would like to thank the York Liberal Democrats for backing this drive to raise M.E Awareness.  This illness isn’t political however, and so I plead with all parties to back this campaign and help your community, The York ME Community.” 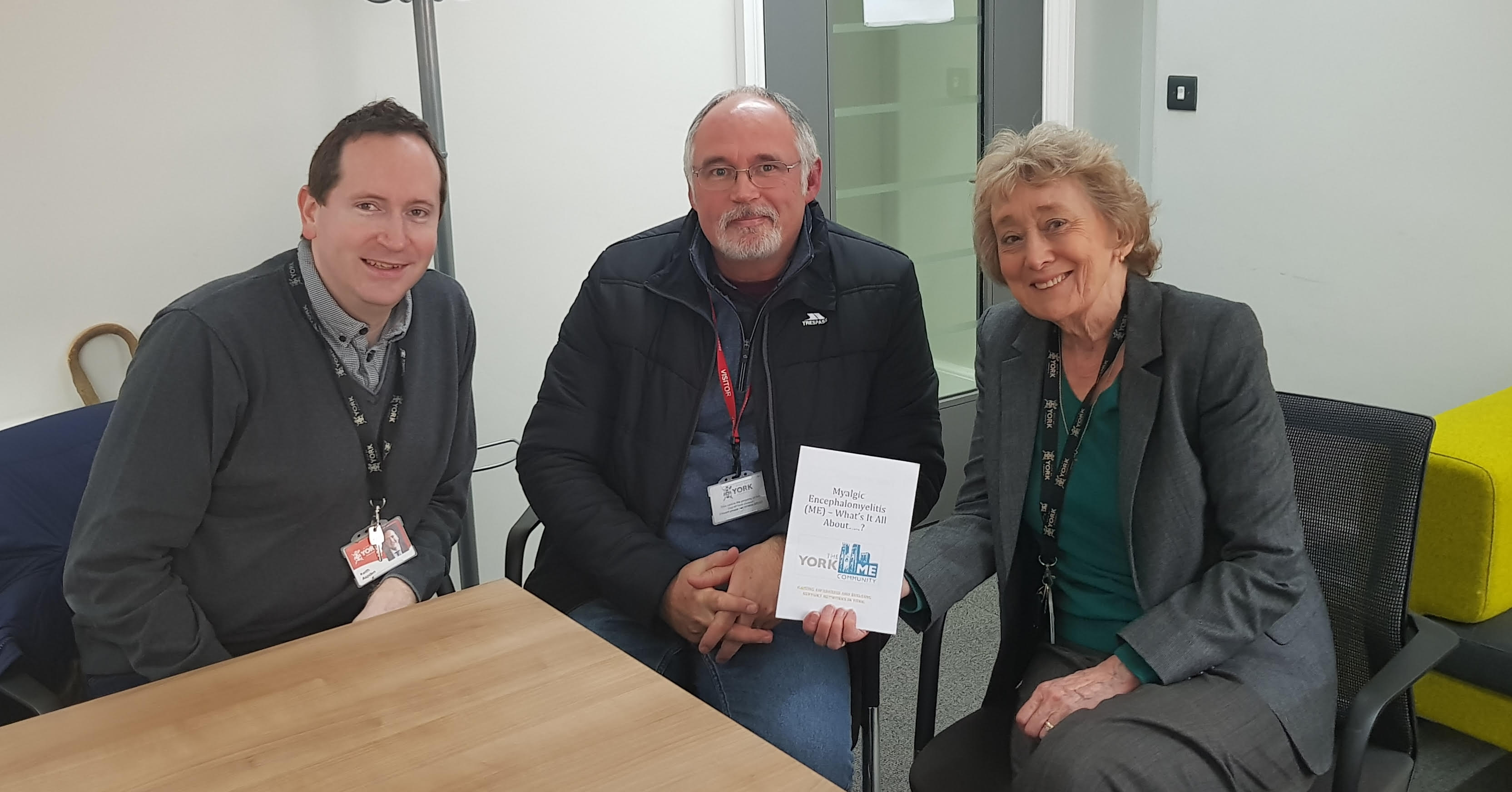