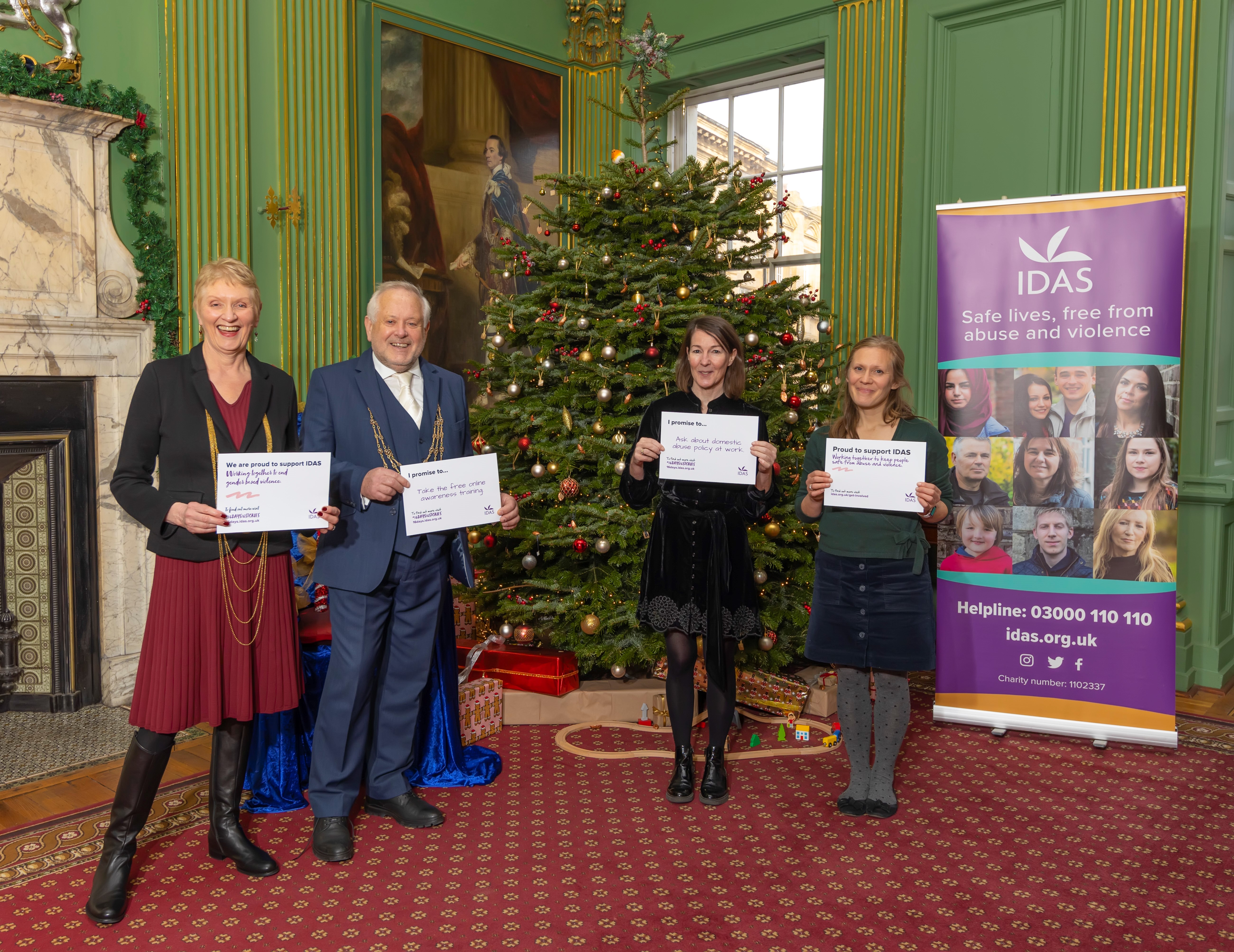 White Ribbon Day is a part of the 16 Days of Activism against Gender-Based Violence, which is an annual international campaign that begins on 25 November.

During the meeting, Cllr Cullwick also took the White Ribbon pledge to never commit, excuse or remain silent about violence against women.

The event’s leading message this year is that #AllMenCan, which was developed in March of this year when the murder of Sarah Everard brought women’s experience of men’s violence to the forefront of everyone’s minds.

“We must take a stance against all violence, whoever the victim, and lead the call for men and boys to understand that violence against women in whatever form is absolutely wrong.

“I would urge residents to join the White Ribbon Campaign and work to tackle this appalling scourge of violence that persists in our country and around the world.”