Councillor Keith Orrell, who will become the city’s new Lord Mayor next Thursday, has announced which charities he will support during his year in office. The 3 local organisations are the York Blind and Partially Sighted Society, The Island and the York Music Hub.

Commenting on his choice, Cllr Orrell said: “The Lady Mayoress Elect, Sheriff Elect, Verna Campbell, her consort and I considered the selection of our charities very carefully. There are so many charities that do such valuable work for the people of our area that it was a very difficult decision.

“We are really delighted to have found 3 organisations that really make a difference to the people they support, and together span the generations.”

It is traditional for each Lord Mayor and Sheriff to raise funds for local causes during their tenure and this year will be no different! Events include some traditional favourites, such as the Assize of Ale and the Valentines Ball, which will be held at the Railway Museum. Some of the core contemporary events will be the Lady Mayoress’s Fashion Show, a Gin Festival and a series of musical performances in historic venues.

Cllr Ashley Mason, who will be heading up the Lord Mayor’s fundraising committee added “This year is set to be unforgettable, with so many events for the public to attend and support these 3 worthy organisations. I have implemented several innovative changes to bring us up to date and ensure as many people as possible can get involved. These include online ticket sales for our events, the use of twitter and a new text to donate option.

People can visit www.lordmayoryork.co.uk to see what events are coming up and book tickets. They can also follow the fundraising committee on twitter @LordMayorYork and even text to donate, by sending the word GIVE to 70145 to donate £3.

Mrs Campbell, the Sheriff Elect added “we are very much looking forward to an enjoyable year, and hope the people of York will help us to raise funds to support our charities work.

Cllr Orrell will become Lord Mayor on the 24th May 18 at a ceremony at the Merchant Adventurers Hall due to the Guildhall being closed. 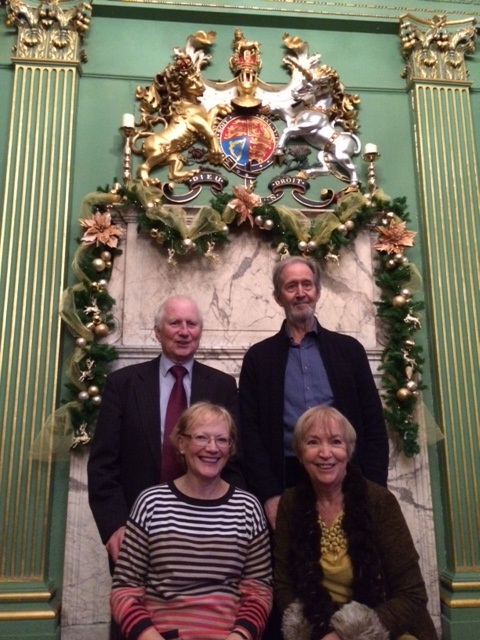