The delivery of a Local Plan for York has taken another step forward today; following yesterday’s meeting of the Local Plan Working Group.

Following lengthy consideration, Members of the Local Plan working group have recommended a plan for Executive to consult on.

During the meeting, a number of amendments were made to the Local Plan report, which was recently published on the 12th January.

Numerous attempts made have been made by previous administrations to deliver a Local Plan, appropriate for the people of York.  The Liberal Democrats have strived to achieve a balance between addressing our housing need, whilst protecting the Green Belt and local communities.

“I am pleased that Members of the Local Plan Working Group have been able to recommend to Executive the consultation of a Local Plan for York, which works for residents of this City.

The Local Plan is hugely significant for York and therefore, it is absolutely essential that we deliver a plan that addresses the local pressures in housing, but at the same time, guarantees the protection of the greenbelt and York’s natural beauty through the regeneration of brownfield sites.  I would urge everyone, including the City’s MP’s, to support the plan.”

In summary, the following amendments were made: 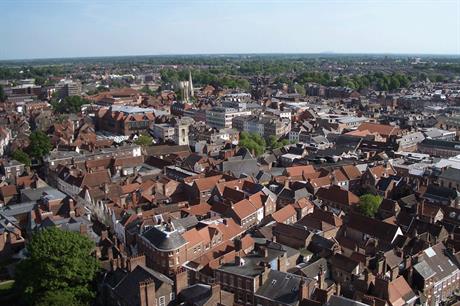