Local Liberal Democrat Councillors for Westfield have expressed their disappointment at plans to close the Lloyds Bank on Acomb Front Street and in response, have launched a petition calling on the Lloyds Banking Group to rethink the closure. 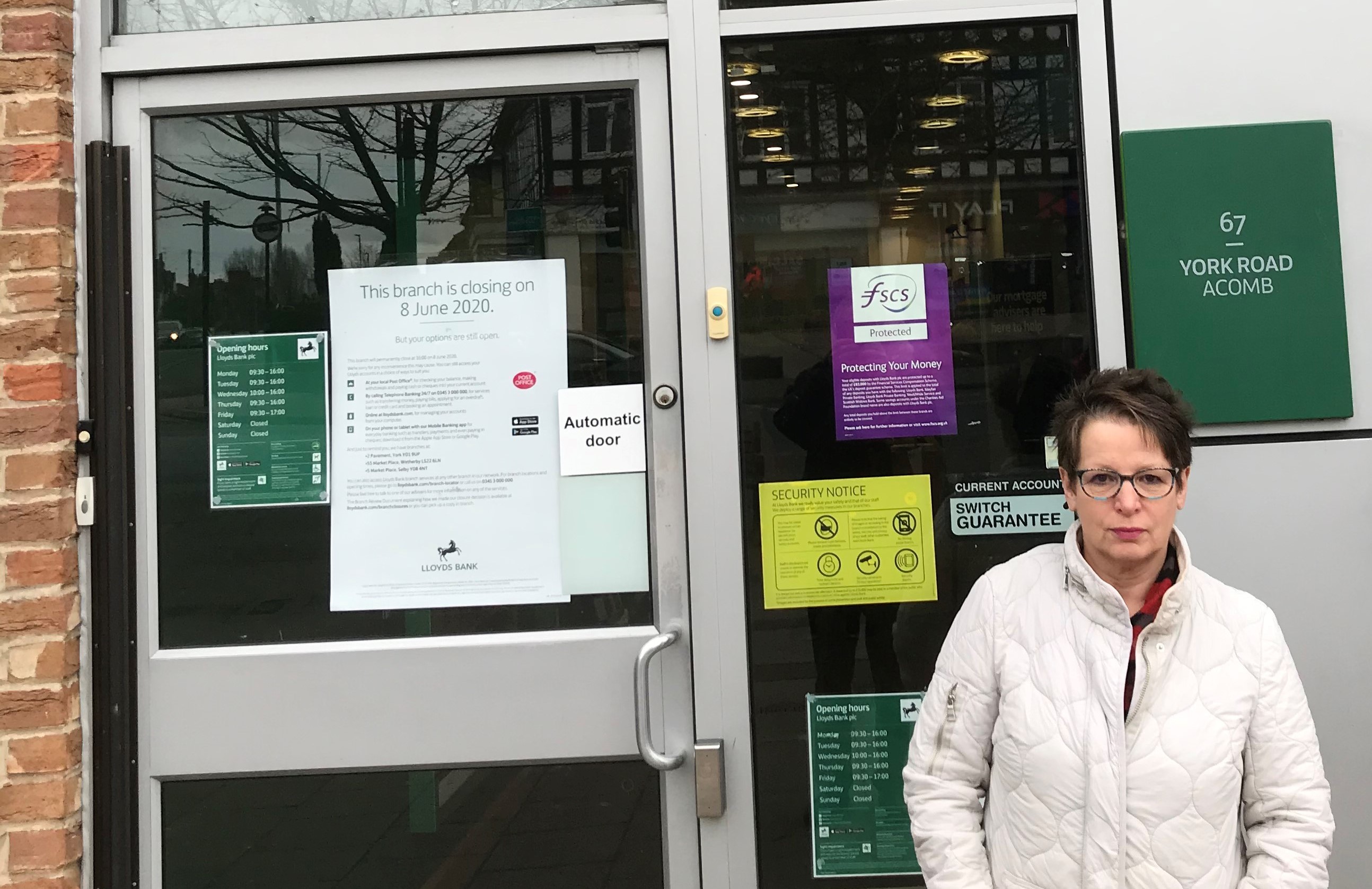 It was announced earlier this week that, as part of a nationwide re-structure, Lloyds Banking Group would be closing a number of branches in the UK, including the local branch at Acomb Front Street.

In response, Cllr Sue Hunter, has written to the Chief Operating Officer of Lloyds Banking Group to voice her concerns over the closure, particularly the loss of local jobs and negative impact on the local community.  Cllr Hunter is urging local residents who are concerned to sign the petition, so she can demonstrate to Lloyds the concern in the community.

To sign the petition and raise your concern, please visit here: https://www.yorklibdems.org.uk/save_acomb_front_street_lloyds.

“The news of the planned closure to the Lloyds Bank on Acomb Front Street is of great concern to the Westfield community, particularly with the potential loss of jobs in the local area and the loss of a locally accessible banking service.”

“I have written to the Chief Operating Officer of Lloyds Banking Group to raise these concerns and request that an impact assessment is carried out before the branch is allowed to close.  I have also launched a new petition to convey the opposition to this closure in the community.”

“I and my ward colleagues, Cllr Andrew Waller and Cllr Simon Daubeney, will continue to make the case to Lloyds Banking Group and oppose this closure all the way.”