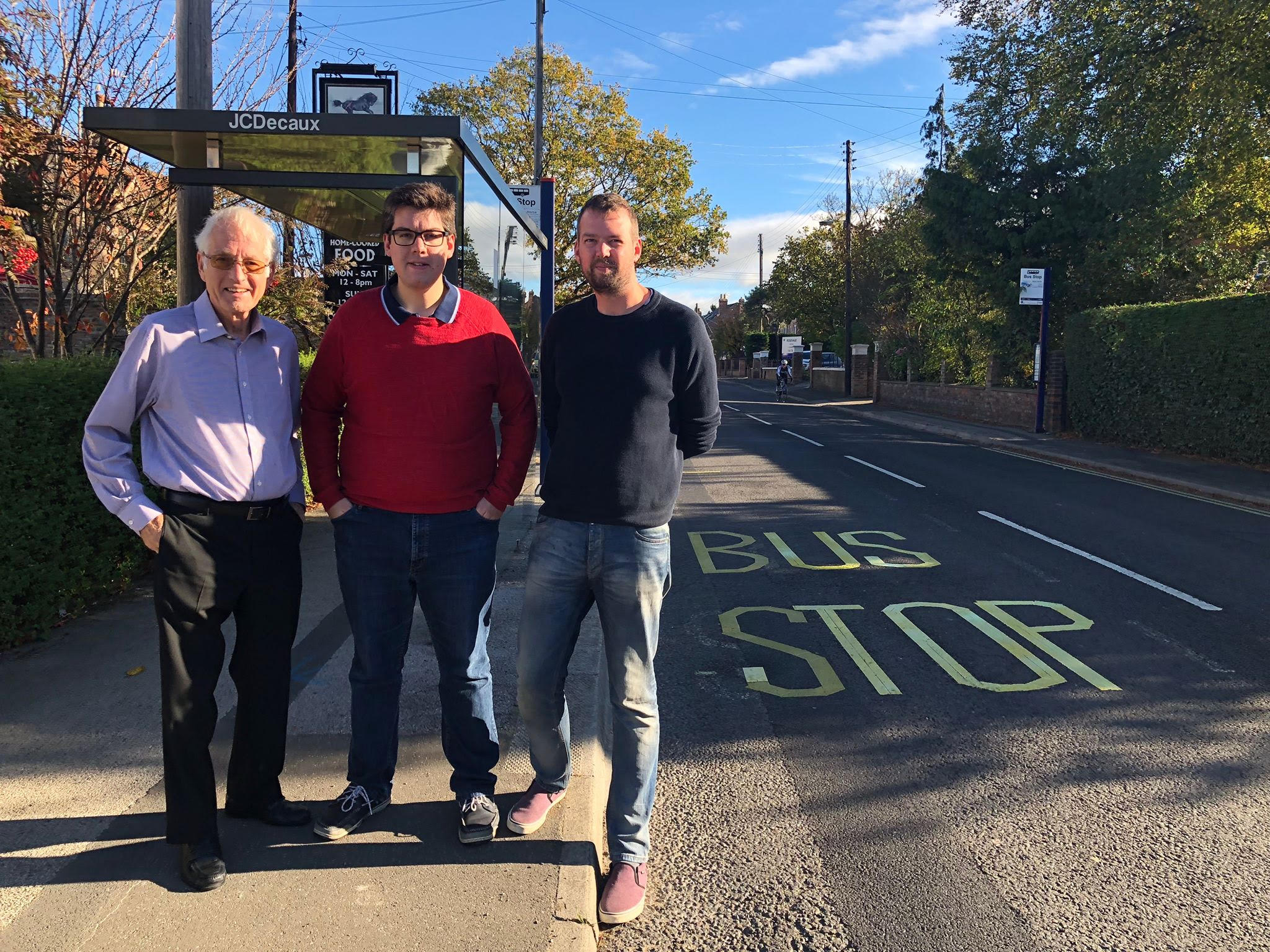 The road at the bus stop, located on the junction of Saxford Way/Hambleton View with The Village, Wigginton, was excavated during a series of utility works carried out by Yorkshire Water over nearly a half-mile. 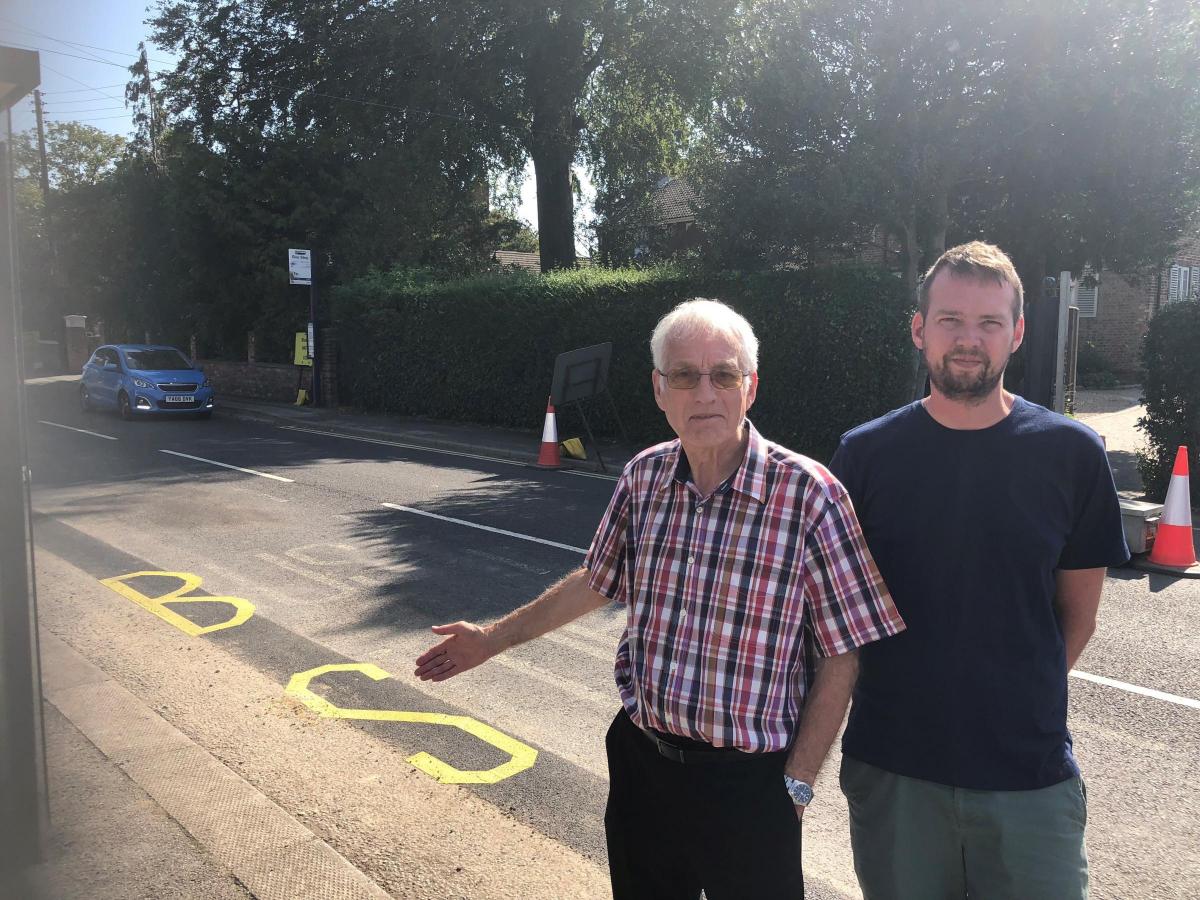 After the work had been completed, the bus stop was left with only the letters ‘B’ and ‘S’ clearly marking the stop.  Following the restoration of just this part of the bus stop, Cllr Cuthbertson contacted the Yorkshire Water’s Chief Executive to ask that the rest of the markings be restored.

This work has now been done.

“I am pleased that work has finally been done to restore these bus stop markings so that they now clearly indicate the stop to drivers.”

“Residents have been very patient whilst work to replace the water main under the The Village and Mill Lane was carried out to completion and it is good that Yorkshire Water have now been able to deal with the points I raised to them and restore the bus stop markings.”