The 'Festival of York Central', is due to launch on Monday 19th March,  and will provide residents and businesses in York an opportunity get involved in one of the most important major developments; York Central.

As part of the festival, an exhibition will be held to explore the emerging masterplan for the development.  This will be open to the public from the 21st March to the 27th April 2018, in The Gallery at the National Railway Museum.
In addition to the exhibition, My Future York will be hosting a series of events under the My York Central project, including: walking tours, workshops and speaking events.  These events will provide residents the opportunity to explore the challenges that York Central faces and learn more about the project as a whole.
Over the six week festival, feedback will be collected and used to inform the progression of the masterplan, and the future planning application.
The festival will begin on Monday 19th March and the exhibition will open from Wednesday 21st March until Friday 27th April.  The exhibition will be open daily between 10am - 6pm.  Staff will be on site to take questions between Thursday and Saturday, at the following times:
- Tuesday, 11am - 1pm
- Thursday, 2.30pm - 5.30pm
- Saturday, 11am - 3pm
Councillor Keith Aspden, Liberal Democrat Executive Member for Economic Development, said:
"The regeneration of York Central is vital to the future growth of York’s economy and thanks to the efforts of the York Central Partnership; we are now a step closer to realising York Central’s potential.”
“I am pleased to see the project reach this stage and now, we must engage with more residents to get involved and help shape the future plans. I strongly believe that it is only through engagement with York’s residents that the council will be able to make York Central a success.”
Visitors will be able to leave feedback online at www.yorkcentral.info for the duration of the festival and questionnaire forms will be available at the exhibition.  The full programme of events and timings will be available at www.myyorkcentral.org. 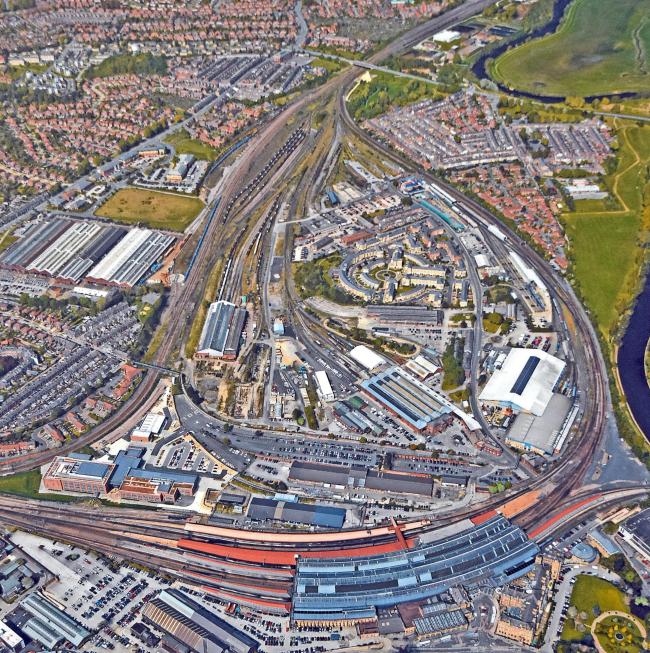