The Liberal Democrats are encouraging residents to get involved in the conversation around the future transformation to the front of York Railway Station.

Cllr Andrew Waller, Liberal Democrat Deputy Leader of the Council, has fought at the West Yorkshire Combined Authority to secure Government investment in order to re-develop the front of the Station.

The new proposals, which are now open to consultation, aim to transform the entrance of York Railway Station into a ‘fitting gateway to the city’. Within the new proposals, Queen Street Bridge would be removed to create the space for new changes, including:

“York Railway Station is a central gateway to this city and to the North of England, and as developments at York Central progress; this gateway will only become more important to York’s future.”

“People who live, work and visit York deserve to a much better entrance to our city, one which takes pride in York’s unique character, whilst simultaneously improves our transport network.”

“It is also essential that we take this opportunity to take be creative and build better infrastructure for pedestrians and cyclists; tackling air quality in the very centre of the city.”

“The Liberal Democrats have worked hard to ensure that York gets its fair share of funding to the region and it is important to make sure that this investment is spent in the most effective way.”

The council is working with Network Rail and the Intercity East Coast Mainline franchise to develop a masterplan for the area, together with a planning application for the first phase of the works.

Residents will have until midnight on Monday 9 July to have their say on the plans. You can view the proposals online at www.york.gov.uk/stationfront, where you can also view a 3D virtual tour of the proposals.

You can also visit exhibitions at York Railway Station (next to Platforms 1 and 3) and in the council’s West Offices. You can discuss the proposals with members of the project team at: 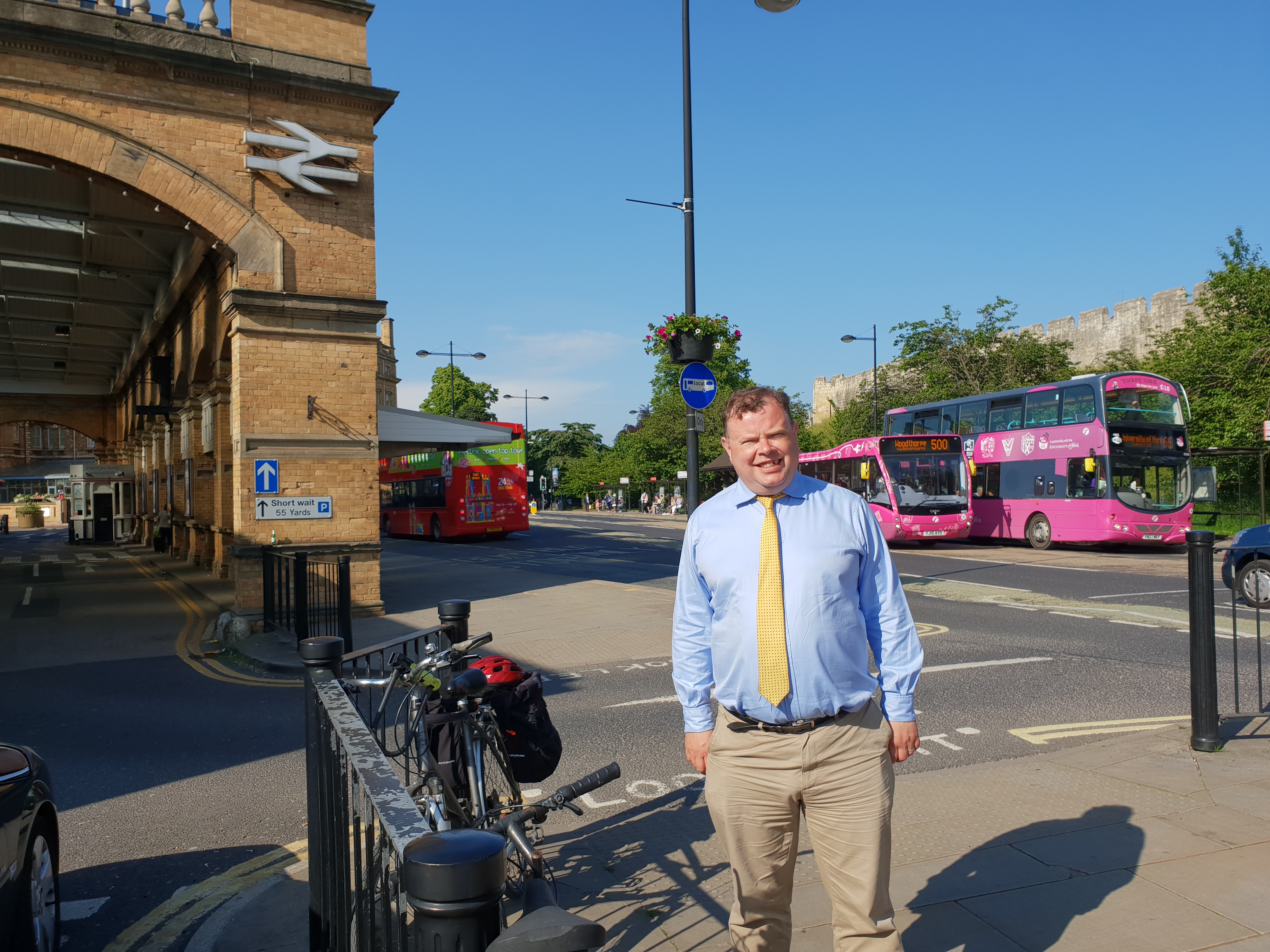