In a motion put to Full Council on the 19th July, the Liberal Democrats are calling on the Council to stand up for York’s Police and Fire & Rescue service by demanding proper funding for both services. 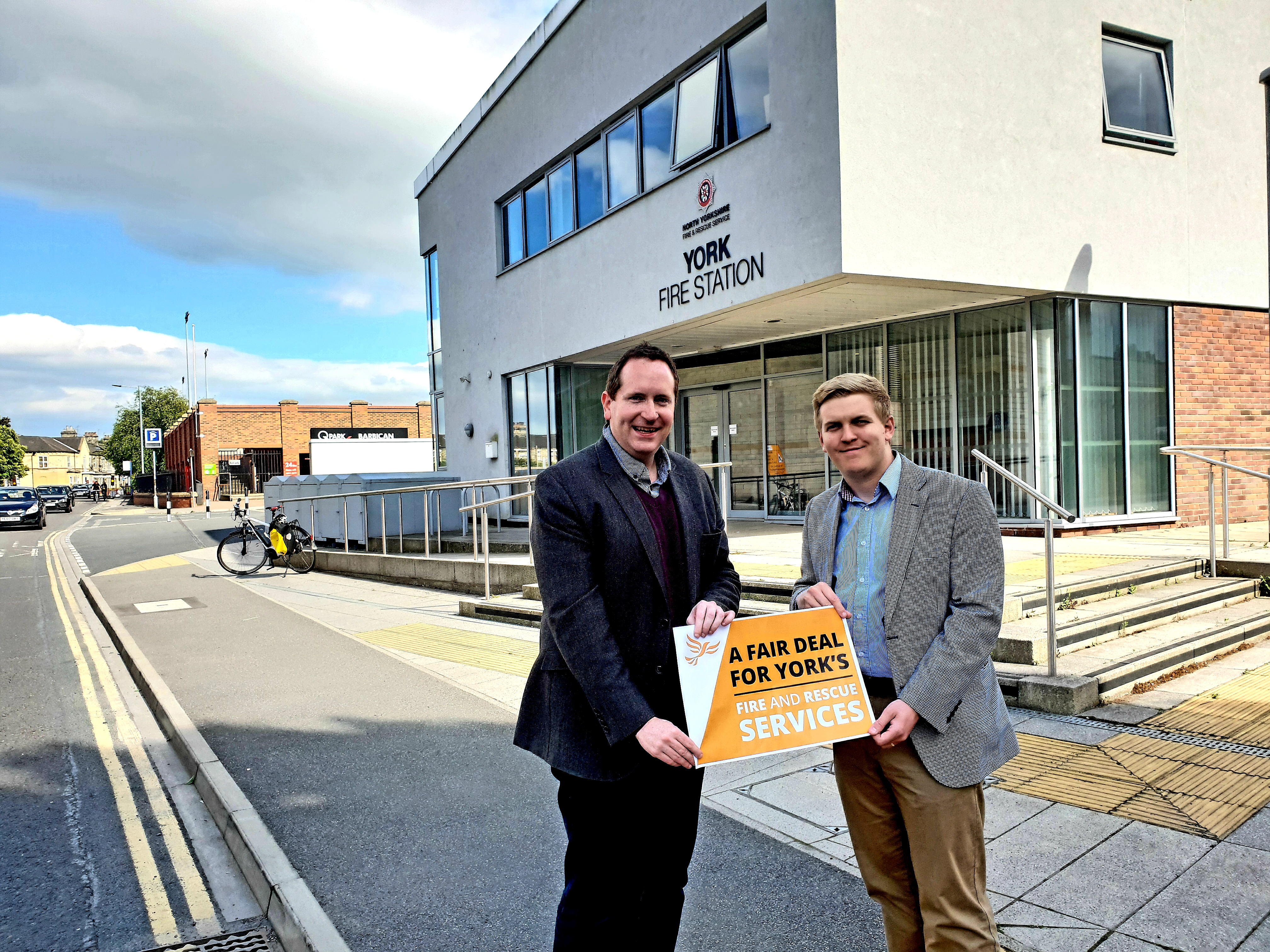 Under the current Conservative Government, funding to our Police and Fire & Rescue service has steadily declined.

This year, the Government’s central grant to the Police has been frozen, remaining the same as the previous year’s allocation. Combined with the rate of inflation, this has resulted in real-term cuts to North Yorkshire Police, totalling £1.27 million.

Similarly, North Yorkshire Fire & Rescue Service is also facing financial challenges, with an on-going financial pressure approaching £1million per annum. This could mean that frontline savings are required from the service.

The Liberal Democrats want to see the Council stand up for our local services and insist that the Conservative Police & Crime Commissioner, who has recently had her take over of the Fire & Rescue Service approved by her Government, provide much needed resources to support these services and ultimately, residents in York.

““Residents must feel confident that, should they need to, they can rely on a fully resourced Fire & Rescue service in the city. The Liberal Democrats want to make sure that the Council is using its position to influence and support these vital services.

“Government cuts have already taken their toll on North Yorkshire Fire & Rescue service and now that the Conservative Police & Crime Commissioner has had her takeover bid approved; there is no better time for us as a City to say; we will not accept any future cuts to frontline Fire & Rescue services in York.”

“The North Yorkshire Police do an incredible job, particularly when you consider demand is increasing on their service, yet their resources continue to decline.”

“Communities in York value the links they have with their local neighbourhood policing teams and if the police continue to sustain real-term cuts like they have this year, it will be our local police teams that continue to suffer first.”

“York’s local policing teams must be supported to continue their excellent work in the community and that is why we want to use the collective lobbying power of the Council to demand more resources for them to protect residents.”

The Liberal Democrat motion will be put forward to full Council on the 19th July, 6.30pm. More information on July’s full Council meeting can be found here: http://democracy.york.gov.uk/ieListDocuments.aspx?CId=331&MId=10453.