In York, we have been disproportionally affected by the Conservative Government’s cuts to public services. This means that local services have been continuously under-funded, particularly when compared to other areas in the UK.

Many service areas in York remain at the very bottom of funding tables when compared across the UK.  For example, schools in York remain the worst funded in the country for per-pupil funding; York’s CCG continues to operate with a deficit over £20 million and investment in the Yorkshire & Humber’s transport infrastructure significantly lacks behind London, the South East and even the North West.

To highlight this important issue, Liberal Democrat councillors are kick-starting a ‘Fair deal for York’ campaign, calling on the Government to reverse the underfunding of public services in the city.

As part of a ‘Fair deal for York’, the Liberal Democrats are also calling for the following:

According to figures proposed by Leicestershire County Council, who have developed an alternative fair funding model, York could receive an additional £13 million per year, or an extra £61 per resident, if funding were to be redistributed based on need.

“It is no secret that when it comes to funding, York does not fare well when compared to the majority of areas in the UK. The recent Conservative Government cuts to public services have only exacerbated this issue and now, public services in York are operating with minimal funding.”

“The Liberal Democrats are clear; it is time York received a fair deal from the Government and that services receive funding based on need and demographics, rather than a postcode lottery.”

“I would strongly encourage any resident who agrees it is time York received its share of funding, including for your community and services you care about, to join our campaign and call on the Government to give York a fair deal. This would include the additional £13 million per year to meet the needs of the city."

“It is time York received its fair share. We are calling on local people to join us in demanding that the Conservative Government stops short-changing schools, health services and transport in York.” 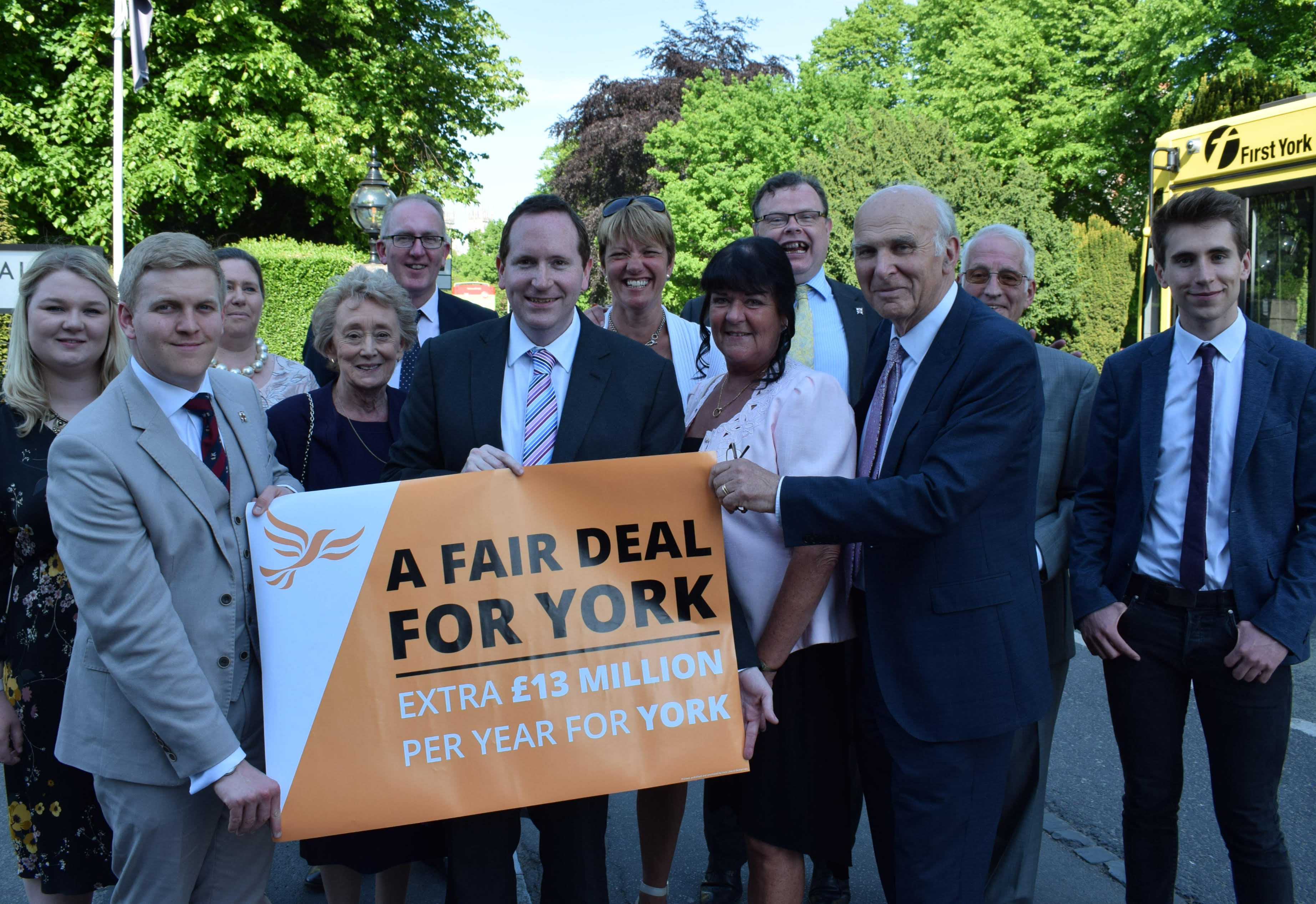