Following the recent floods caused by Storm Dennis, Liberal Democrat Councillors in York have called on the Government to urgently invest in the city’s flood defences before the next major flooding incident occurs. 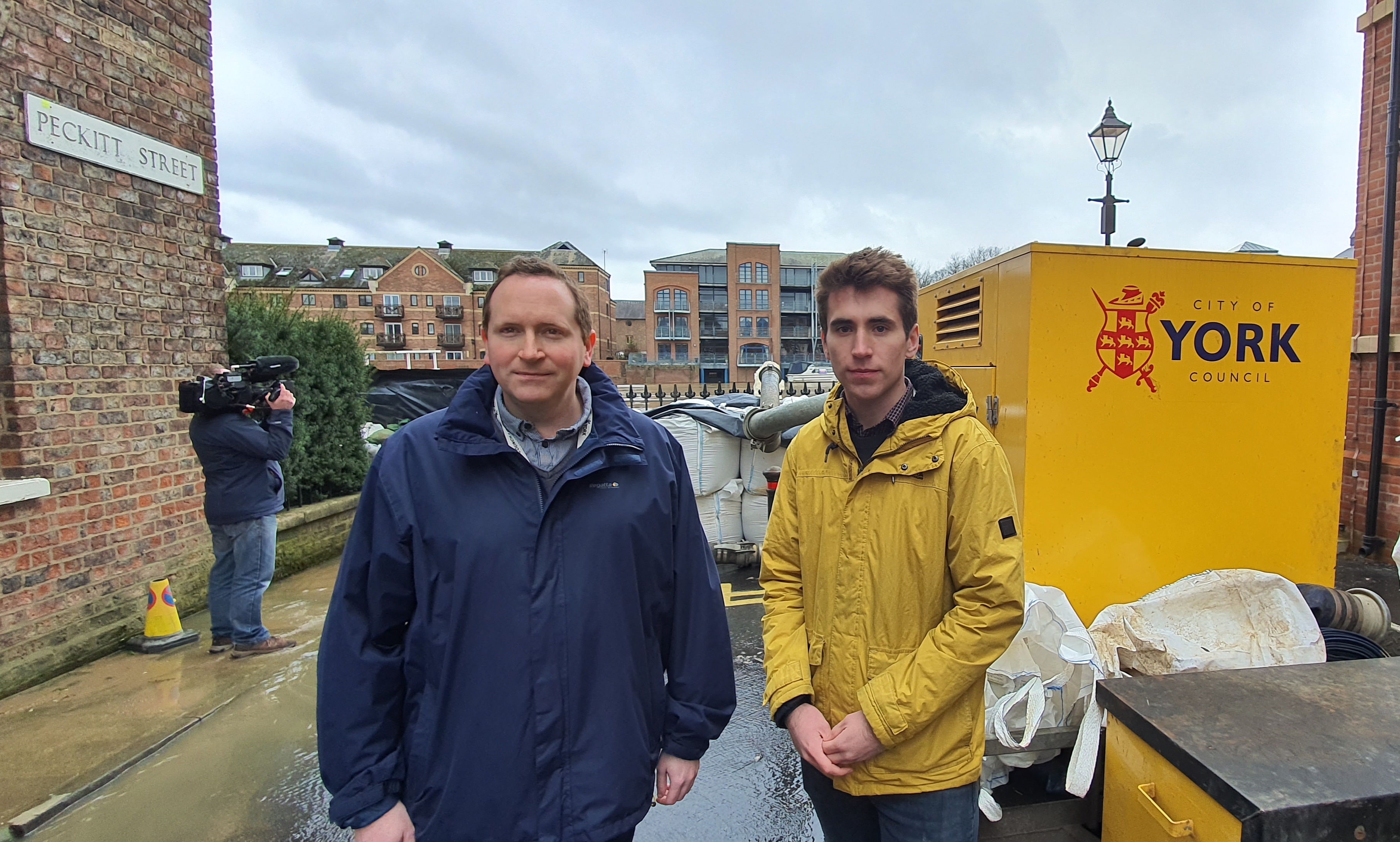 In a letter to the Secretary of State for Environment, Food and Rural Affairs, Liberal Democrat Leader of the Council, Cllr Keith Aspden, has urged the Government to release significant funding to ‘high risk’ local authorities to install the latest flood prevention technology across the city, protecting all communities.

In addition to this, Cllr Aspden has requested that the Government identify new schemes to reduce the impact of flooding by managing, or slowing, the flow at the source of the flood.  The letter also asked that the Government consider the balance of funding between flood defences for communities and individual properties which require resilience measures.

The Liberal Democrats in York have long campaigned for improved flood defence schemes to be delivered and whilst some schemes have been given the green light, much more is needed to protect residents and communities. The Environment Agency must speed up its delivery of flood defence schemes and York should be given priority for emergency funding should a major flooding incident happen again.

With the ever increasing risk of flooding, it is absolutely essential that investment is provided and schemes are delivered at speed. The Liberal Democrats will continue to push for better flood defences across the city.  If you support this campaign, or if you would like to learn how you can do to help, then please visit: https://www.yorklibdems.org.uk/better_flood_defences_for_york.

Councillor Keith Aspden, Liberal Democrat Leader of the Council, said: “It is less than 100 days since the Prime Minister declared that flooding in our region was not a national emergency, yet, it is clear to see that serious flooding and extreme weather conditions are an emergency for residents of York.”

“I know that council teams, partners and community volunteers have been very busy across York over the last few days, and I would like to thank them. We managed to deploy over 4,000 sandbags and 200 one tonne sandbags across the city, put into place 11 water pumps to protect vulnerable areas of the city and man flood defences 24/7.

“It makes you question with the events we have seen across Yorkshire, that if this was an emergency that had occurred in or near London, the available funding would have been greater.  This should absolutely not be the case.”

“Now is time that the Government delivered on the promises made by numerous ministers and provides immediate and long-term funding to improve flood defence schemes in the city and in our region.”

“Once labelled ‘once in a century floods’, it is now increasingly clear that extreme weather and major flooding incidents are becoming a more frequent occurrence in our region.  York is one of the worst affected areas in the UK for flooding and the recent events caused by Storm Dennis demonstrate the need for urgent national action.”

“In York we have reacted swiftly to ensure preparations were made and temporary defences were created to protect vulnerable parts of the city, however, we cannot continue to deal these incidents on our own.  The Government must now demonstrate some urgency on the issue and support us tackling flooding in the city.”