Liberal Democrat Leader of the Council, Cllr Keith Aspden, joined leaders from across the UK to ratify a new ‘Clean Air Declaration’; calling on urgent action to eliminate air pollution in the UK and to urge the Conservative Government to make air quality a national priority. 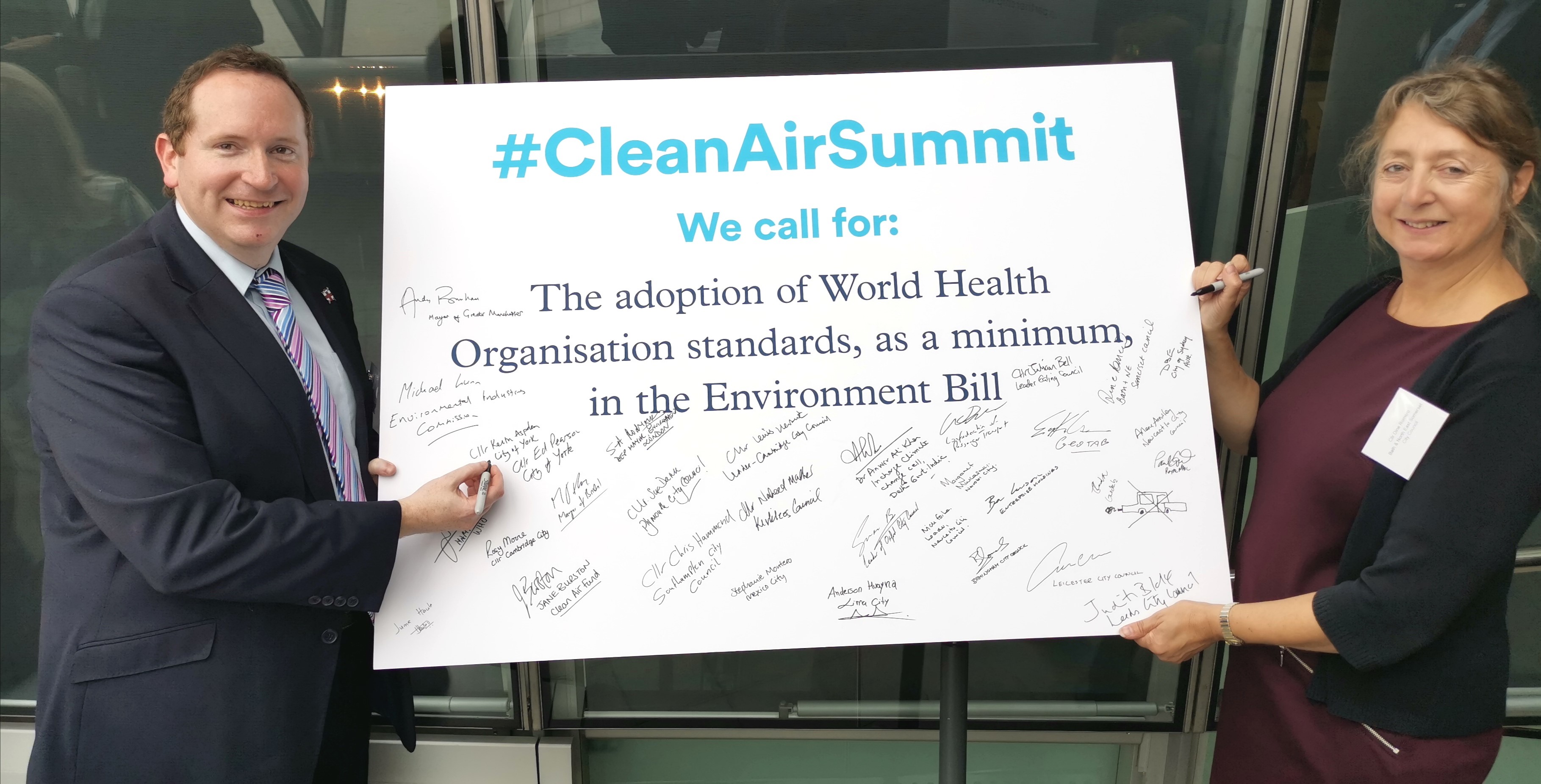 Mayors and Council Leaders from across the UK attended the Mayor of London’s International Air Quality Summit on the October 23rd to discuss what further actions can be taken to tackle poor air quality and meet the challenges of the climate emergency.

During the Summit, Cllr Aspden shared what approaches York has taken to reducing air pollution across the city, including the £1.6 million investment to deliver the UK’s first voluntary Clean Air Zone in the UK, the £3.3 million scheme to secure over 20 electric double-decker buses for the Park & Ride and the £1.5 million project to install Hyper Hub charging stations.

The Clean Air Declaration urges the Government to commit to adopting World Health Organisation standards as part of the new Environment Bill and calls on the Government to provide more funding and powers to enable Council’s to swiftly tackle air pollution.

“In York, we are continuing to invest in measures which will improve the city’s air quality, such as the £1.6 million investment in York’s new Clean Air Zone. Nonetheless, unlike bigger cities in the ‘Core Cities Group’, York in comparison receives little support or funding from the Government to fully address this issue.”

“That is why I am pleased to pledge my support to the national Clean Air Declaration and insist that World Health Organisation standards are incorporated into the draft Environment Bill, and to urge the Government to invest or devolve powers to help local Council’s improve air quality.”

“It is incredibly important that urgent action is taken by the Government on air pollution, particularly as we work to address the challenges posed by the climate emergency. Meanwhile, we will continue to improve sustainable travel in the city, such as walking and cycling, and lobby the Government for greater funding in this area.”