Council Leader Keith Aspden is extending his congratulations to the country’s newest MP after Liberal Democrats dealt a historic blow to the Conservatives, overturning a nearly 23,000 majority and electing a new MP in North Shorpshire. 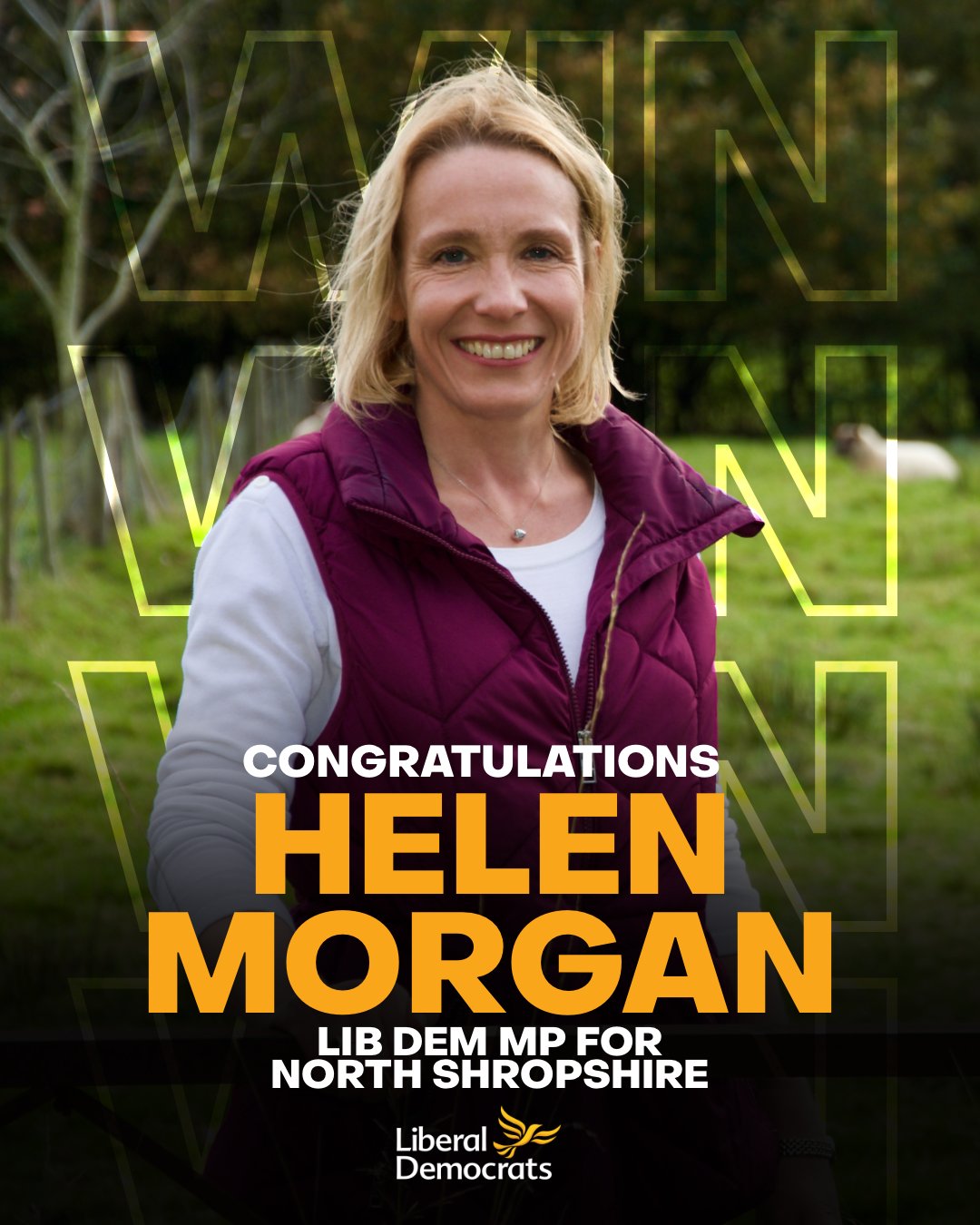 Helen Morgan is the country's newest MP after winning the North Shorpshire by-election in what until now was one of the safest Conservative strongholds in the country. Securing a historic 34-point swing from the Conservatives to the Lib Dems, saw Helen Morgan receive 17,957 votes, giving her a majority of 5,925.

The stunning Liberal Democrat win follows success in Chesham and Amersham in June, when a Conservative majority of 16,000 was overturned with another huge swing resulting in Sarah Green MP being elected with a majority of over 8,000.

“I’d like to congratulate Helen Morgan MP and the whole Lib Dem team on this incredible campaign and historic victory.

“Many people are fed up with Boris Johnson’s failure to provide effective and trustworthy leadership throughout this difficult time, and last night the voters of North Shropshire spoke for all of them. This astonishing result is a direct message to the Conservative Government and the Prime Minister that they should not take support for granted. Liberal Democrats are listening to communities and their needs and standing up for local residents who often feel forgotten by Westminster-centric politics.

“Lib Dems across the country work hard to support their local communities every single day. Having stood on a platform for a fairer, greener and more caring country, I have no doubt that Helen will be a strong voice for her area and I look forward to working with her on the major issues facing our country.”