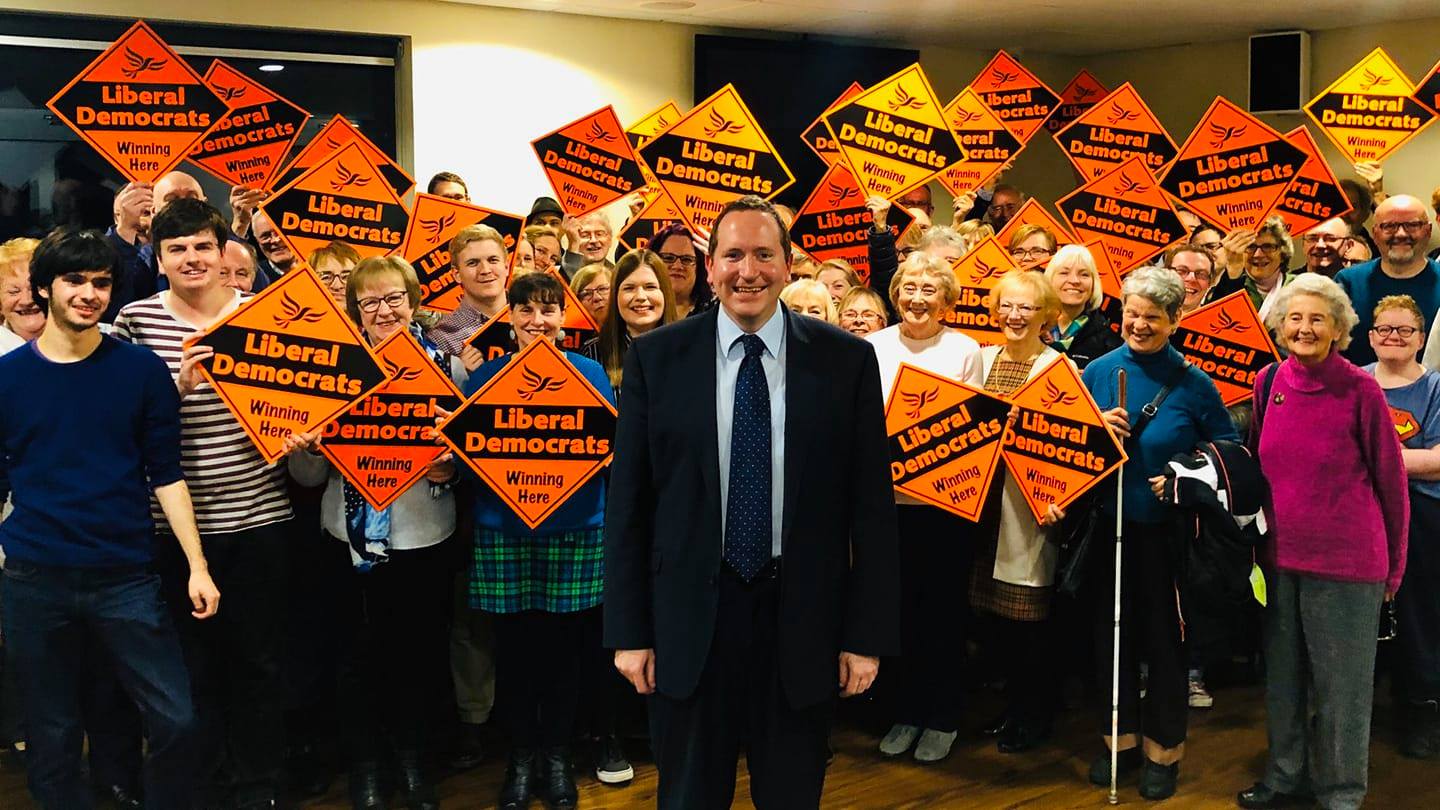 The Liberal Democrats, as part of Unite to Remain, have made an arrangement with The Green Party and Plaid Cymru to step aside for pro-Remain candidates in 60 seats across England and Wales, including York Outer.

In a statement, Lars Kramm, the Green Party Candidate for York Outer, highlighted that he will be stepping down because ‘York Outer needs a better MP than Julian Sturdy, one that helps avoid a deeply damaging Brexit.’

By making this arrangement with other pro-European parties, the Liberal Democrats are showing that we will put the national interest above party politics, to support the Campaign for Remain.

“I am delighted to be chosen as the Unite to Remain candidate for York Outer and I would like to thank Lars and the Green Party for putting the national interest first.”

“This is an exciting day for those in the country who are committed to standing together and stopping Brexit. Whilst it is disappointing the national Labour Party have refused to engage, locally we know that more and more Labour voters are lending their vote to me as the best chance of beating the Conservatives and stopping Brexit."

“This election is a once in a generation opportunity to change things for the better here in York, whether it be for improved public transport infrastructure, Yorkshire devolution, or investment in schools – it's time the residents, communities and villages of York Outer had an MP standing up for them on the national stage.”

“I am delighted that this arrangement will help elect more pro-remain MPs in the next Parliament.

“In the 43 seats agreed today, as well as hundreds more across the country, it is clear that the Liberal Democrats are the strongest party of Remain.

“A vote for the Liberal Democrats is a vote to stop Brexit, so that we can invest the £50bn Remain bonuses in our public services and build a brighter future.”