Keith Aspden, Liberal Democrat Parliamentary Candidate for York Outer, has called on the Government to invest in the East Coast Mainline and give York greater funding for its transport infrastructure. 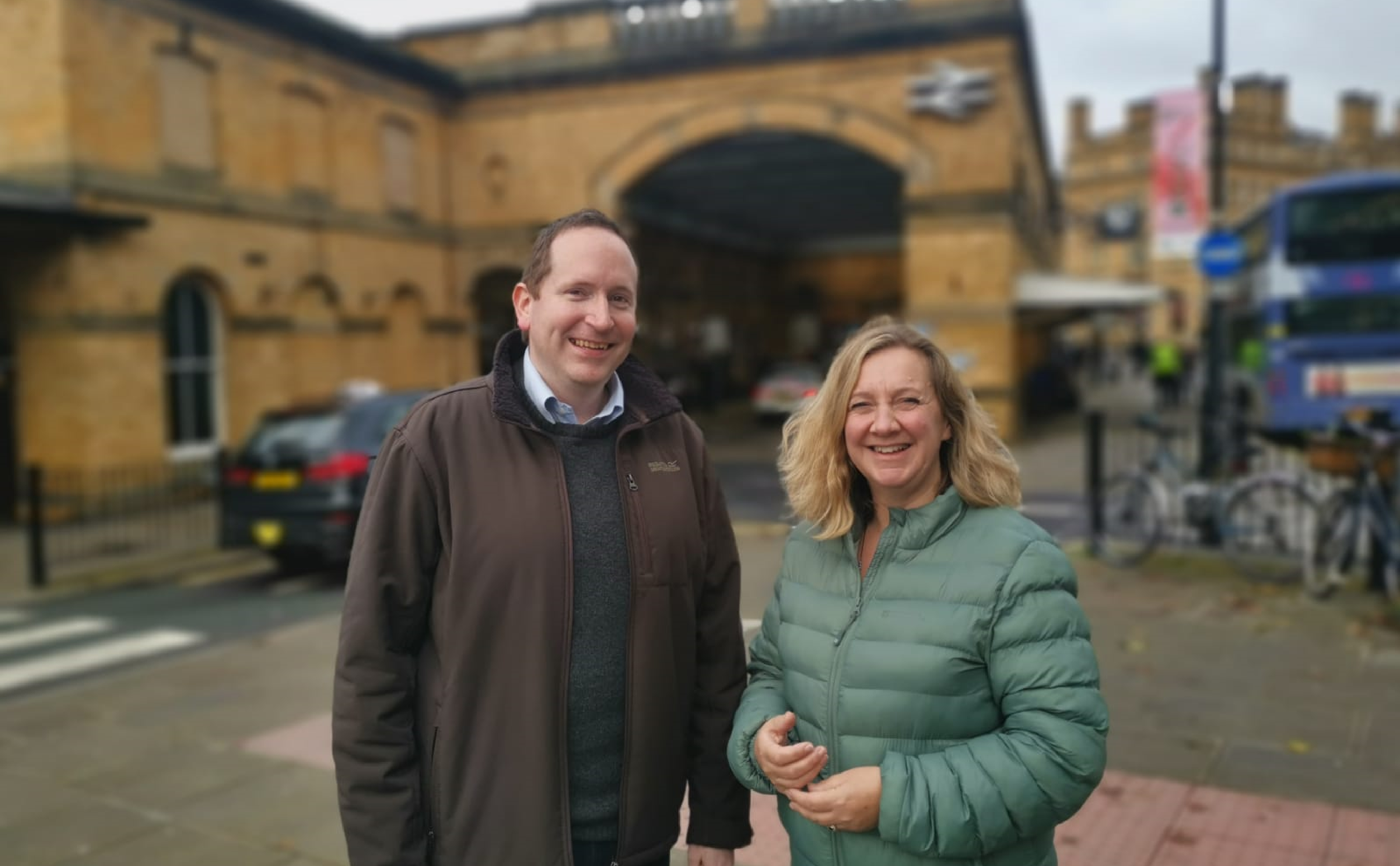 Keith, who has led previous campaigns to demand fairer funding for York, outlined his aspiration to secure significantly more investment in the East Coast Mainline and York’s transport network.

The East Coast Mainline is of huge significance to York and the UK, with a third of the UK population living within 20 minutes of an East Coast Main Line station. However, recent issues have caused significant disruption to the line and in 2018, it was estimated that this disruption costed the UK over £46 million.

Keith, who was joined by Liberal Democrat MEP for the East of England, Lucy Nethsingha, promised to use his campaign to highlight this issue and demand that the Government properly address the issues of capacity and reliability on the line.

“It is incredibly frustrating that, whilst projects in the South of England continue to receive large sums of Government funding, such as Crossrail, investment in the East Coast Mainline continues to lag significantly behind.”

“With years of Tory neglect in our region, the East Coast Mainline has become vulnerable to major disruptions, costing the UK taxpayer millions. It is clear that increased investment in the East Coast Main Line will deliver economic benefits across the country, particularly in York, and this will mean better reliability and connections to and from our city.”

“It is time that the residents and communities of York Outer had an MP that stood up for our city and demand that the Government give York a fairer deal.”