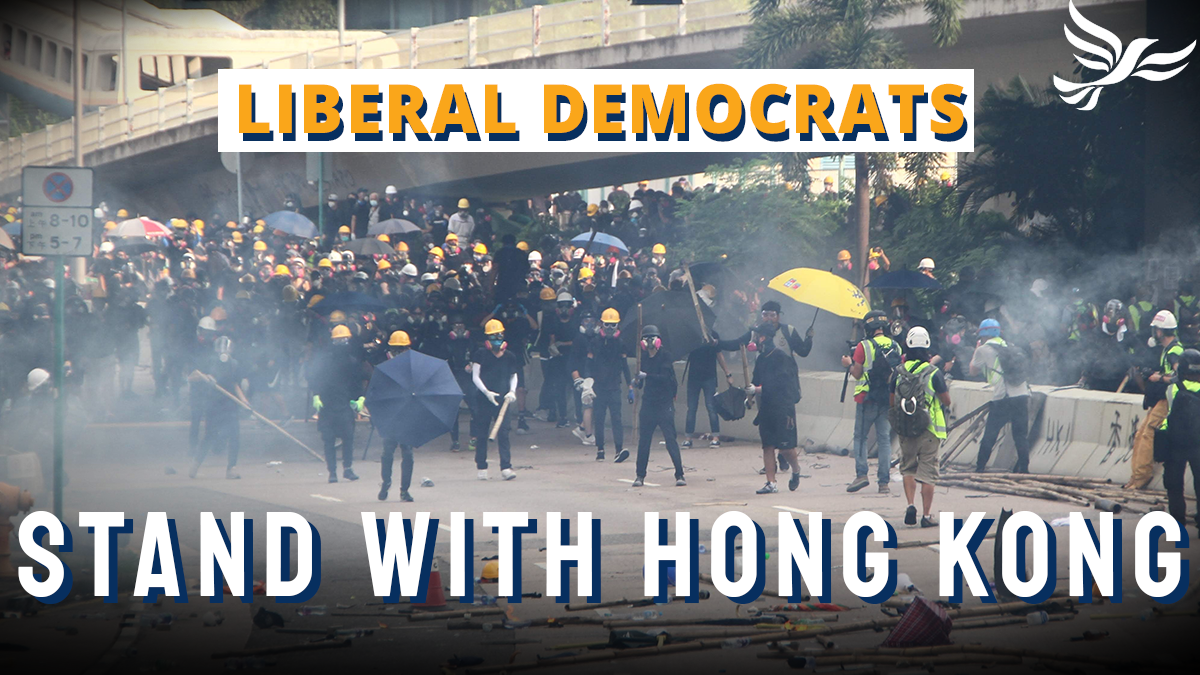 More than a year ago on June 9 2019, over one million Hong Kong people marched peacefully against a proposed law that would allow Hong Kong authorities to transfer criminal suspects to China, where they would face a grossly unfair criminal justice system. Since then Hong Kong’s fight for democracy has seen China continue to crack down on people’s rights and freedoms with ever-greater repression and violence.

For decades now Liberal Democrats have called for the British Government to honour our legal and moral duty to the people of Hong Kong by reopening the British National Overseas Passport offer, extending the scheme to provide the right to abode to all holders. Government’s recent commitments mark a historic, albeit delayed, step in protecting the freedoms and lives of Hong Hong’s residents. Although concerns over the accessibility, scope and speed of the protections still remain, with the new visa applications, which do not cover all Hong Kong residents, only to be made open in January 2021.

“I’m glad to see the Government honour our historic and moral duty and commit to giving Hong Kongers the opportunity to more easily move to the UK - something the Liberal Democrats have been calling for since the 1990s. It’s been incredibly moving to watch the heroic democracy protesters fight for freedoms, which we all take for granted. The continued blatant human rights abuses put their freedom and, often, lives in danger, and I’m glad the Government is stepping up to offer some much-needed protection to the residents of Hong Kong.

“As the UK’s first Human Rights City, York is at the forefront of championing a vibrant, diverse, open and welcoming community. We are a city proud of being recognised as among the friendliest and most welcoming in the country. We will be working with the Government to make sure we can offer appropriate support to any BN(O) citizens, who choose to make York their home.”