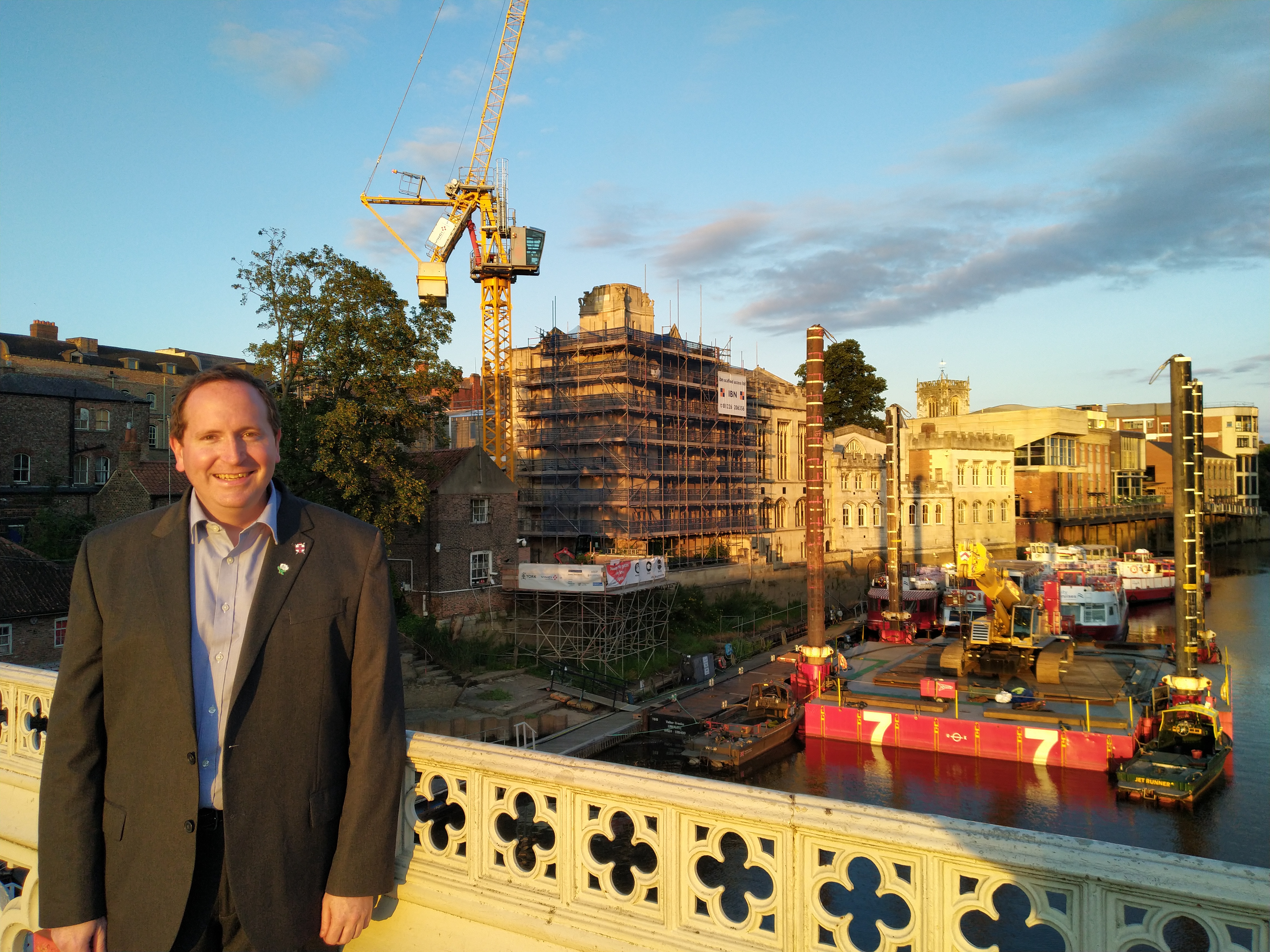 The Guildhall is one of the city’s most prestigious and historically significant buildings. The complex contains a collection of Grade I, II* and II listed buildings.

Restoration and redevelopment of the Guildhall began in September 2019, following significant investment by City of York Council and is expected to be completed at the end of October 2021.

Due to the Guildhall's central riverside location, use of the waterway has been critical for the delivery of materials to site, avoiding the City centre streets. The Canal & River Trust enabled contractors Vinci to use the river to erect an on-site tower crane as part of construction efforts. The project has now reached a crucial milestone with heavy construction work completed, the tower crane is currently being dismantled by a 100 tonne crane that is in place on a barge beside the River Ouse. 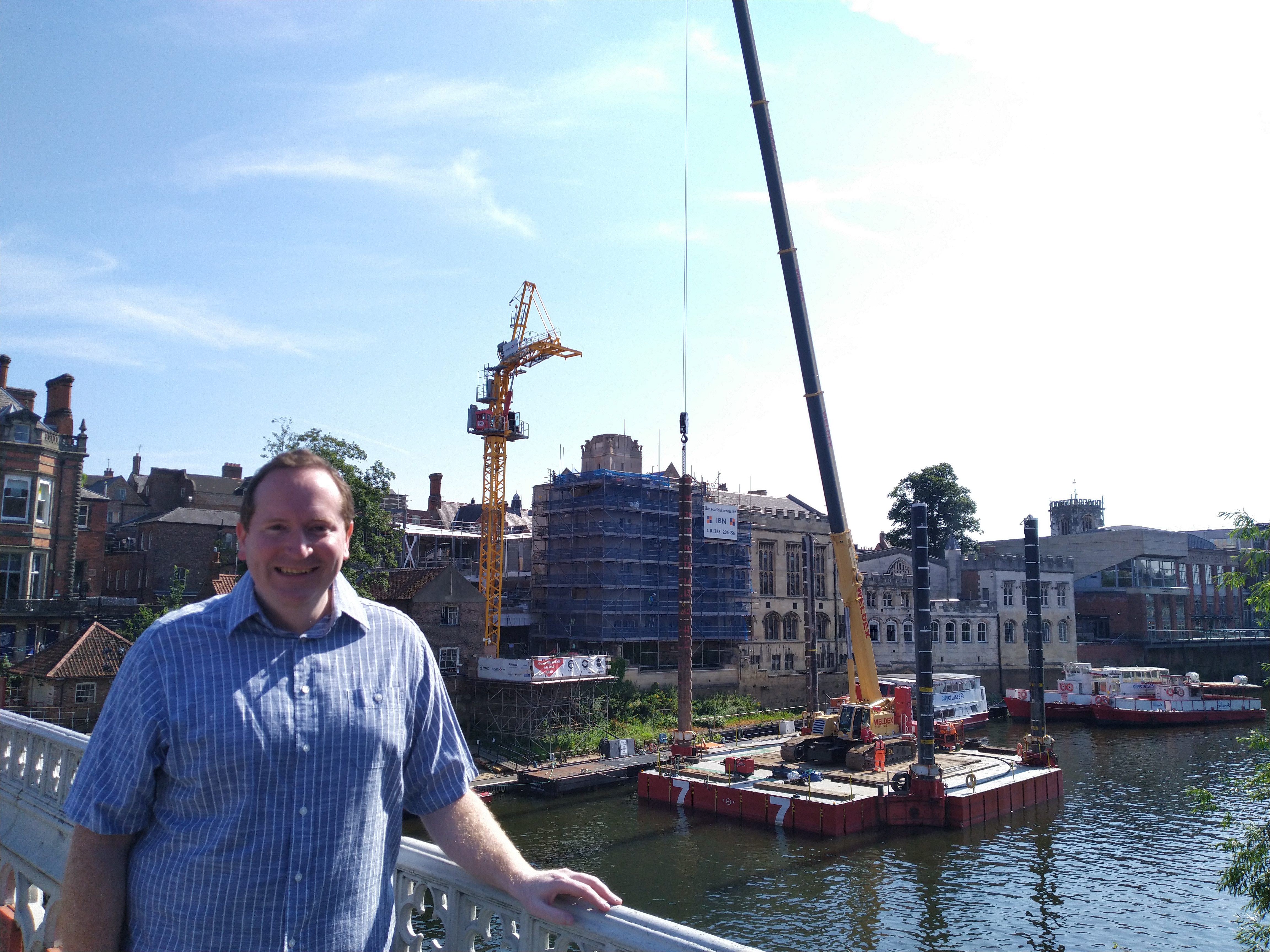 The newly refurbished Guildhall will provide greater access to local residents, through the creation of a new restaurant and public space, and members of the public will be invited to a series of scheduled events, offering an opportunity to learn more about the history of the building. More details will be announced over the upcoming months as the restoration works near completion.

“As the Guildhall restoration project reaches another key milestone, we are nearing the time when this historic building will once again play its role at the heart of the city’s social, business and civic life, as it has done for centuries.

“With restoration and construction works progressing, this week the tower crane will be removed from the Guildhall site using the River Ouse for transporting materials and enabling the progression of construction.

“Working together with the project’s partner Vinci, we are bringing one of York’s most historically significant buildings into the 21st century. These works will see this historic building provide innovative space for businesses, civic and council events, as well as improved access for residents and visitors, through the creation of a new restaurant, public space, and events space."