Writing to the Secretary of State for Transport, and Minister of State for Rail, Council Leader Keith Aspden has called for the Great British Railways’ headquarters to be based in York. 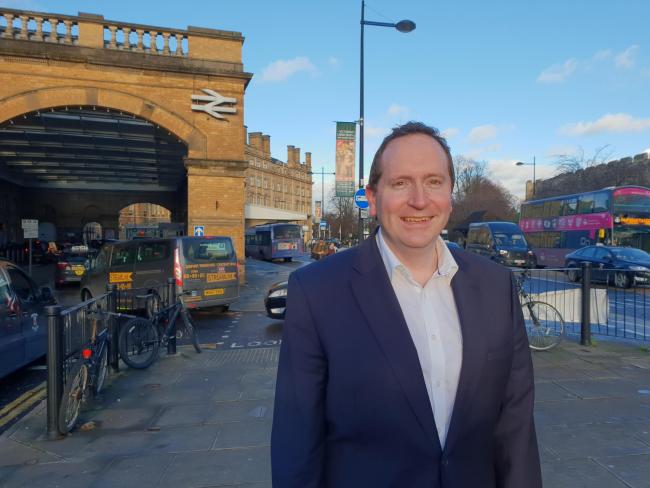 Great British Railways will be a new centralised public body uniting control of infrastructure and train services that is to be launched from 2023.

Councillor Aspden is calling for the new flagship headquarters of GBR to be based at the heart of the northern rail industry, on the York Central site, alongside a future Civil Service Hub.

The York Central development, for which the Council and key partners have secured a £155m funding package, includes 2500 new homes; up to 1.2 million square feet of commercial development, with around 6500 new jobs expected to be created overall leading to a £1.2bn boost to the local economy.

The letter has been co-signed by Cllr Keith Aspden and North Yorkshire County Council leader Cllr Carl Les. The leaders highlight the role rail continues to play in the economies and skill sector of both York and North Yorkshire, with York accounting for around 5,000 jobs, representing 10% of the national rail industry and two thirds of all rail jobs in the region. York is already home to Network Rail who manage the East Coast Main Line from York, as well as LNER, Northern, Grand Central, the Siemens train servicing and cleaning depot, the National Railway Museum and many varied rail consultancy businesses, contractors and specialists, from signalling and electrification experts, to civil engineers and railway operatives.

By May 2022 York is expected to have up to four trains an hour to and from London, and has superb rail connections to every corner of Great Britain, from Penzance through to Aberdeen. The city will continue to be at the strategic centre of the UK’s rail network with connectivity improved by HS2 and Northern Powerhouse Rail.

“York is the heart of the rail industry in the north, with our existing rail links, sector jobs and highly skilled workforce, so it would make perfect sense for the headquarters of the Government’s flagship rail body to be based in the city. This would see a concrete commitment from the Government to their levelling up ambitions, bringing jobs and investment to York and the North.

“The York Central site is one of the most iconic and exciting city centre developments in the country. Having already secured funding for enabling infrastructure which is now underway, the timing would be perfect to make this home for Great British Railways, alongside a future Civil Service Hub.

“I look forward to working with the city’s and region’s representatives and key partners to secure this major opportunity for York.”