Dringhouses & Woodthorpe ward councillors have welcomed the publication of further details of measures designed to support cycling, walking and bus use along the Tadcaster Road corridor and a commitment for further engagement with residents and modal groups on ‘light segregation’ proposals designed to improve cyclist safety. 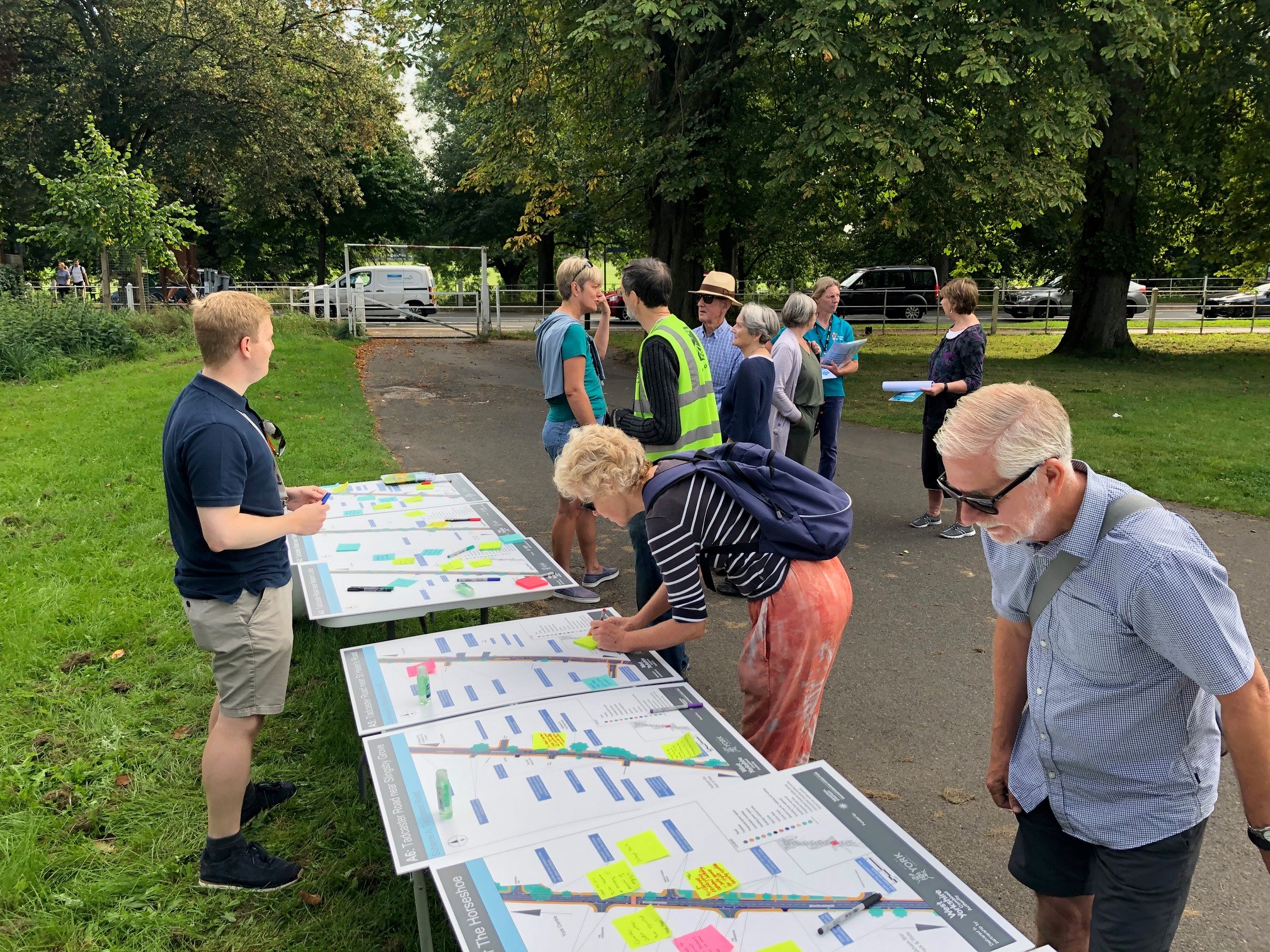 These proposals will be considered at a public Executive Member for Transport Decision Session on Tuesday 18 January at 10am.

The report being discussed at the meeting is available HERE.

The proposed £1.4m scheme is funded from the West Yorkshire Combined Authority’s Transforming Cities Fund and will be delivered as part of a wider package of measures funded by the Department for Transport’s Local Highways Maintenance Challenge Fund. The £1.4m funding can only be used on measures to promote cycling, walking and bus use, and cannot be diverted into general highway maintenance.

The latest draft of the proposals take into account feedback from residents that was submitted during a consultation exercise held in August and September 2021, which informed revised proposals set out in a report to a Decision Session held in October 2021. The October report stated that work would be undertaken to explore options for ‘light segregation’ along sections of Tadcaster Road to offer cyclists better protection. It also committed to looking again at proposals to relocate an inbound bus stop near to Slingsby Grove and the positioning of a proposed new pedestrian crossing in that area, both of which had attracted comments and concerns in the consultation.

The report to be considered at the 18 January meeting contains further revised proposals – summarised below – which reflect feedback received and detailed design and costing work undertaken:

Some sections of ‘light segregation’ are proposed as a means to improve cyclist safety on the corridor. The report notes that a variety of different techniques are being used by different local authorities. It states that design options should be considered carefully to minimise maintenance and visual intrusion while protecting users in the lane.

The various constraints along Tadcaster Road are summarised in the report, and these mean it is not possible to provide segregation all the way along the corridor but it is proposed to use segregation (in the form of bolt-down ‘rails’) at a number of locations where cyclists are most vulnerable. It is also proposed to introduce some light segregation in the form of a ‘stepped cycle lane’ on a section of Tadcaster Road in the Hunters Way area, where the road is wide enough to accommodate this.

The report commits to further engagement to refine the approach to light segregation which is proposed and to identify and address any issues or concerns that may be raised. Local councillors will ensure that residents are kept informed and have the opportunity to raise any comments or concerns.