A community partnership in Fulford is bringing a playing field project to life. Partnership work with Fulford Community Sports Clubs, Cllr Keith Aspden, Fulford Parish Council and the local Police, is set to bring an ambitious £34,000 landscaping project to life in January. The project will enhance the community facilities near the Sports Pavilion on the School Lane playing field in Fulford. 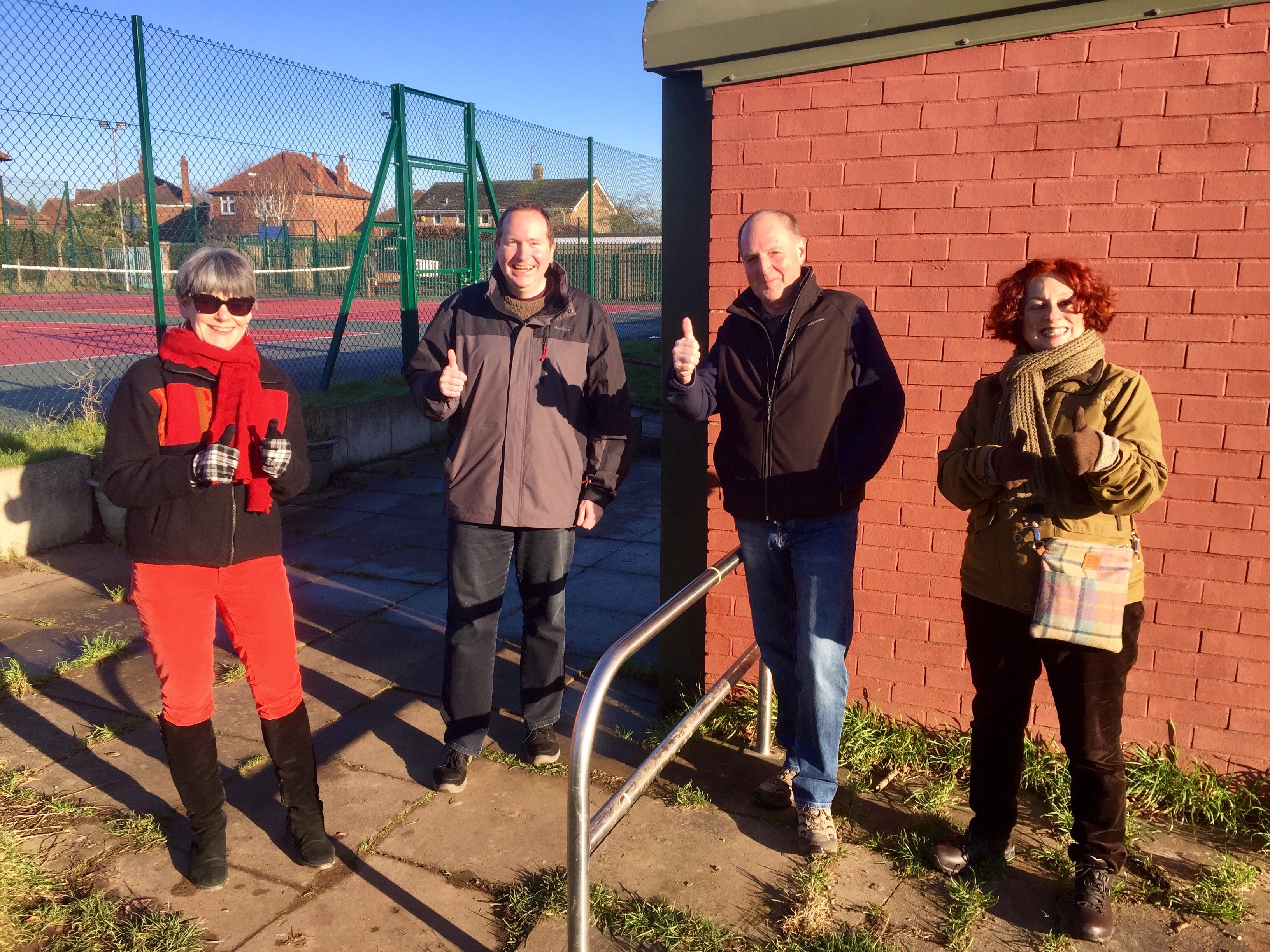 Funding has been brought together, including £5,000 from City of York Council Ward Committee, £10,000 from Fulford Community Sports Clubs, £4,000 from the Office of the Police, Fire and Crime Commissioner, and from developer contributions and local fundraising. The funding will enable the improvements to happen, which followed concerns about anti-social behaviour last year.

The landscaping makeover will be starting soon (on Tuesday 18 January) around the tennis courts, pavilion and the Fulfordgate access to the playing field. By next spring, residents will see more trees and hedges, improved paths and new sitting areas near the pavilion.

"It is great to see local volunteers and groups coming together to make improvements at the School Lane playing field, including a £5,000 contribution from the Ward Committee. I would really like to thank the sports clubs volunteers for all their time and energy to make this happen and I am looking forward to residents seeing the work in progress! This is the first stage of improvements that we want to make to the playing field, with a local consultation to happen later in the year about even bigger future improvements."

"What started as an anti-vandalism drive by the sports club has snowballed into a really positive project that will benefit the wider community. It has also been instrumental in forging a strong relationship between the local community organisations involved and I want to thank Cllr Aspden for his support in facilitating the project. Lots of hard work is coming to fruition and I really look forward to seeing this first stage of the project completed. I hope the result brings pride and enjoyment to the local community!"

“It has been good to work with the sports clubs and Keith on this project to transform the area around the pavilion into an attractive and welcoming space. As well as new planting and seating, there will be better wheelchair access and cycle parking. Sharing ideas and plans at every stage has made this project a real collaboration. Special thanks go to Veronique Knighton, whose energy has turned the vision into reality. This area should bring pleasure to users of the field for years to come.”