Frontline PCSO numbers drop by more than half

It has been found that front line PCSO numbers have dropped by more than half in York since 2016.

Liberal Democrat Councillor Ashley Mason, who is currently serving as the Vice Chair to the Police & Crime Panel, recently submitted a Freedom of Information Request to North Yorkshire Police Force to query the numbers.

In response, Cllr Mason was provided information that indicates that there are currently 25 front line PCSO’s in York, dropping from 64 in 2016. Cllr Mason also requested numbers going back 10 years, but unfortunately, this information was not available to be produced.

This revelation comes amidst growing concerns that the fall in police numbers, due to Government cuts, has lead to increases in crimes throughout England. Although this has been denied by Home Secretary, Amber Rudd, a leaked report from her own department has suggested reductions in police numbers were "likely" to have led to the increase.

Earlier this year, PCC Julia Mulligan promised to look into the neighbourhood policing system in York, after many local councillors expressed concerns about the lack of local officers in their communities.

“PCSOs are a vital link between the police and the communities they serve. To loose so many over two years is shocking.”

“It is interesting to see that the Police and Crime Commissioner say that numbers high, which suggests that some PCSO’s are being taken away from the City of York.”

“I will be writing to the Police and Crime Commissioner to express my concerns and insist that her review of the force begin as soon as possible.” 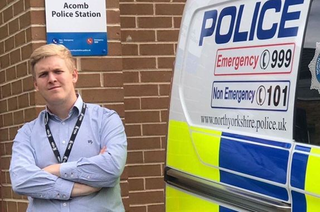