Urgent footway improvements on the Front Street have been completed, due to a £7,000 investment from Liberal Democrat Ward Councillors for Westfield.

The Westfield Ward Committee had been asked by residents from Gale Farm Court and Vyner House to tackle the uneven footpath which made life difficult for residents using mobility scooters and wheelchairs going to local shops.

A total of £7,000 was used by the Westfield Ward Committee to fund the first phase of the improvements on kerbs and delves in the footpath. There will be a review for future work in the rest of Front Street, and in the Acomb Green area where there have been similar complaints but it is important to assess the impact of this work.

“As Ward Councillors, I, Cllr Waller and Cllr Jackson are delighted to utilise our Ward Committee funds and invest £7,000 in improving the physical condition of our area.”

“This is yet another example of ward committee resources being used for local decisions.”

“As Ward Councillors, we are continuously looking at opportunities to invest in Westfield and if any residents or local community groups have any suggestions on how ward funding should be spent, then please contact me at cllr.shunter@york.gov.uk.” 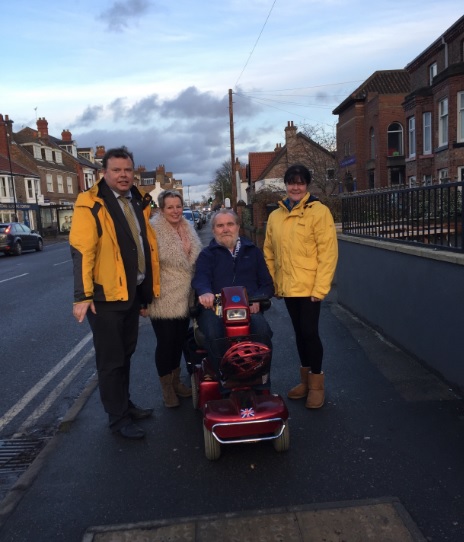