The £38m upgrade to the Foss Barrier pumping station, led by the Environment Agency, has been completed and was officially opened on the 17th May. 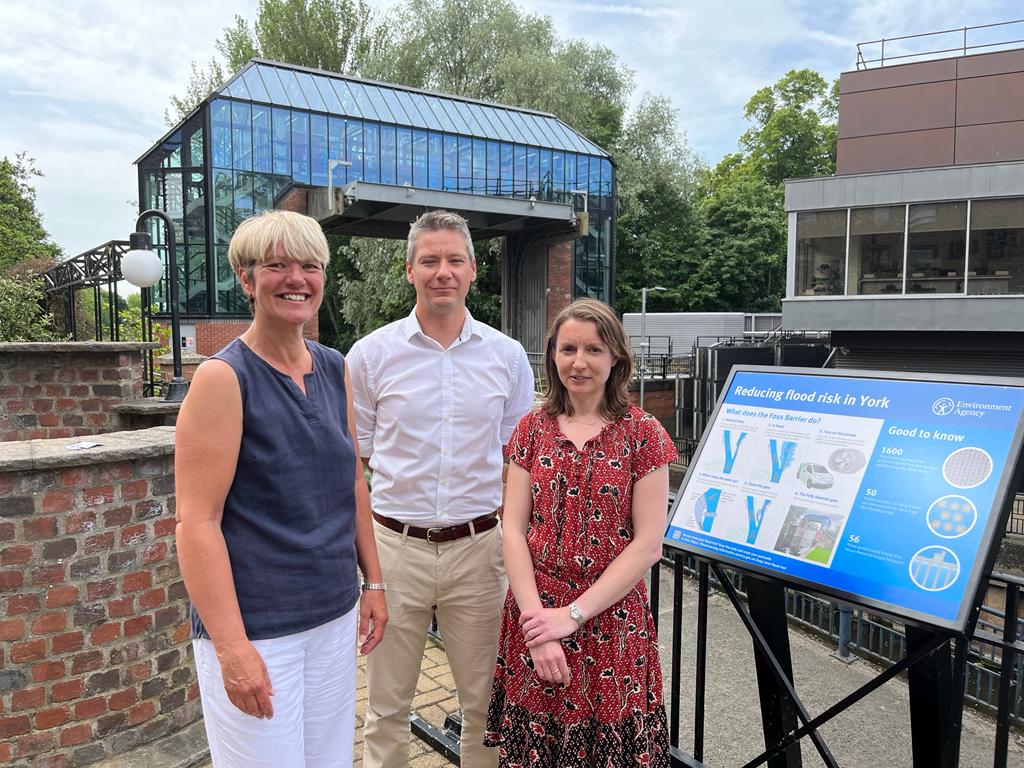 The barrier will stop floodwater from the Ouse flowing up the Foss flooding properties near the river, protecting more than 1,200 properties; both homes and businesses from the destruction that adverse weather brings.

The barrier was originally built in the 1980s to reduce flood risk along the river Foss by preventing the river Ouse from backing up into it. When water levels in the Ouse are higher than the Foss, the barrier is closed and water in the Foss is pumped around the barrier and downstream into the Ouse. However, in 2015, the pumps were overwhelmed and the barrier had to be opened.

Work undertaken since has seen the EA install new infrastructure to support the pumps and new power supplies. The pumping capacity has also been increased and a new, taller barrier gate has been installed.

“The completion of works to upgrade the Foss Barrier is fantastic news and will undoubtedly bring a peace of mind to many local residents and business owners who are all too familiar with the destruction that floods bring.

“The Environment Agency investment as part of the York Flood Alleviation Scheme will see over 2,000 properties made more resilient during future floods and to climate change and the Foss Barrier is upgrade is a vital part of it.

“It’s excellent to see the progress made on schemes across the city in the last few years. This speaks not only to the effectiveness of the partnership between the Council and the Environment Agency but also to the Liberal Democrat councillor’s strong commitment to protecting our city and residents from what are ever-frequent flooding events.

“Liberal Democrats have long campaigned to secure better flood defences for York and we continue to call on the Government to honour the commitments made to people of York and the region by providing the necessary funding and delivering a long-term and coherent Yorkshire-wide plan to protect our communities."