Footpath resurfacing work at Woodthorpe Green got underway on 15 February. The badly-rutted path that links Summerfield Road and Glenridding is being reconstructed. 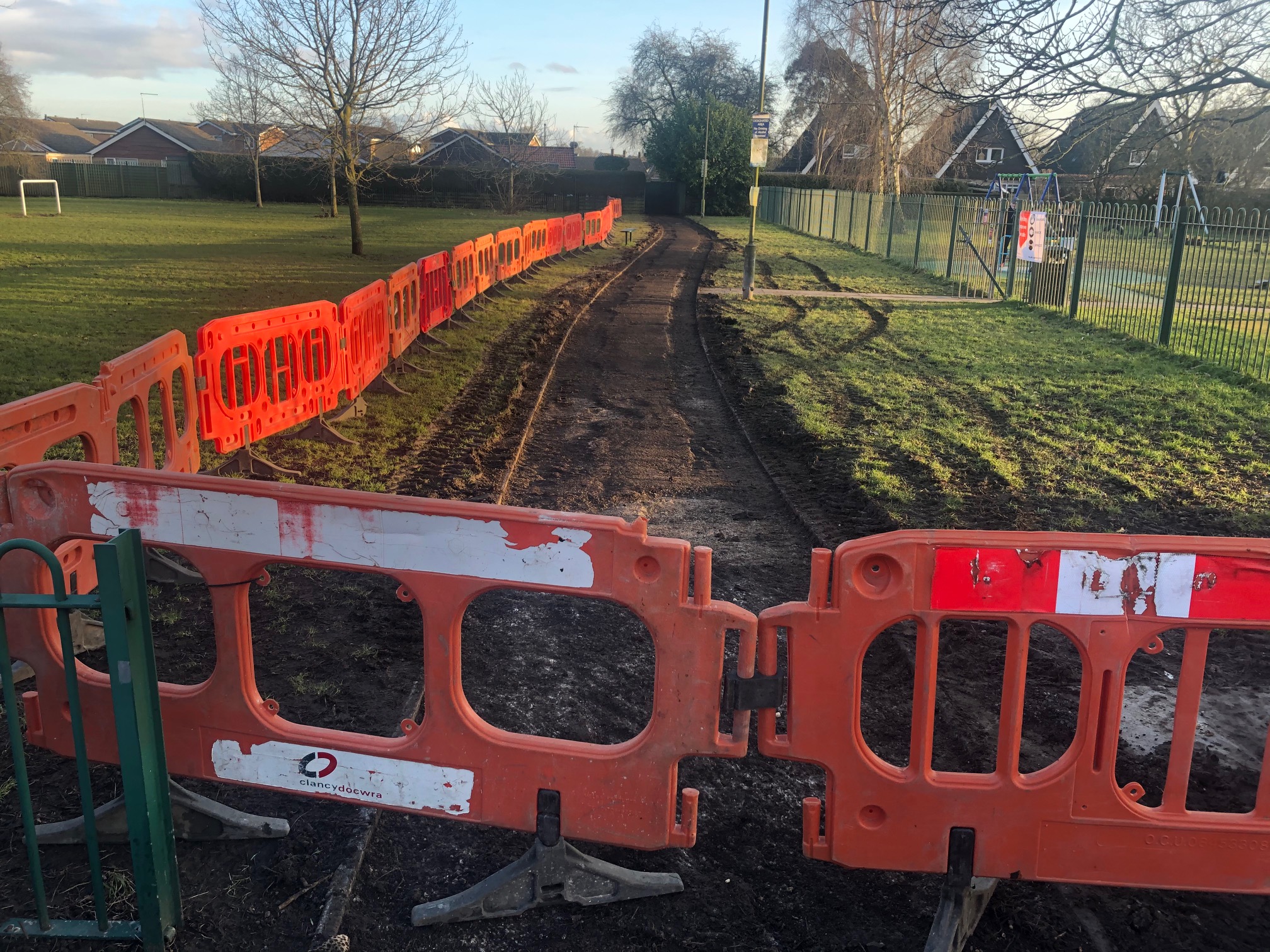 The work is being funded by the ward budget and is part of a wider package of investment in measures to promote walking and cycling.

The work has however had an impact on access to the playground. It is unfortunate that the work has coincided with half-term, when the playground would be particularly busy. Local councillors are usually informed in advance of carriageway work starting so that they can inform residents, but that did not happen on this occasion. If it had, we could have asked about playground access arrangements.

Thankfully, good progress has been made which meant that access to the playground had been restored by lunchtime on Tuesday 16 February.