With flood warnings in place in the city and across the region, Cllrs Keith Aspden and Paula Widdowson, have called for the Government to act on their promises now and not wait for local communities to be hit once again. 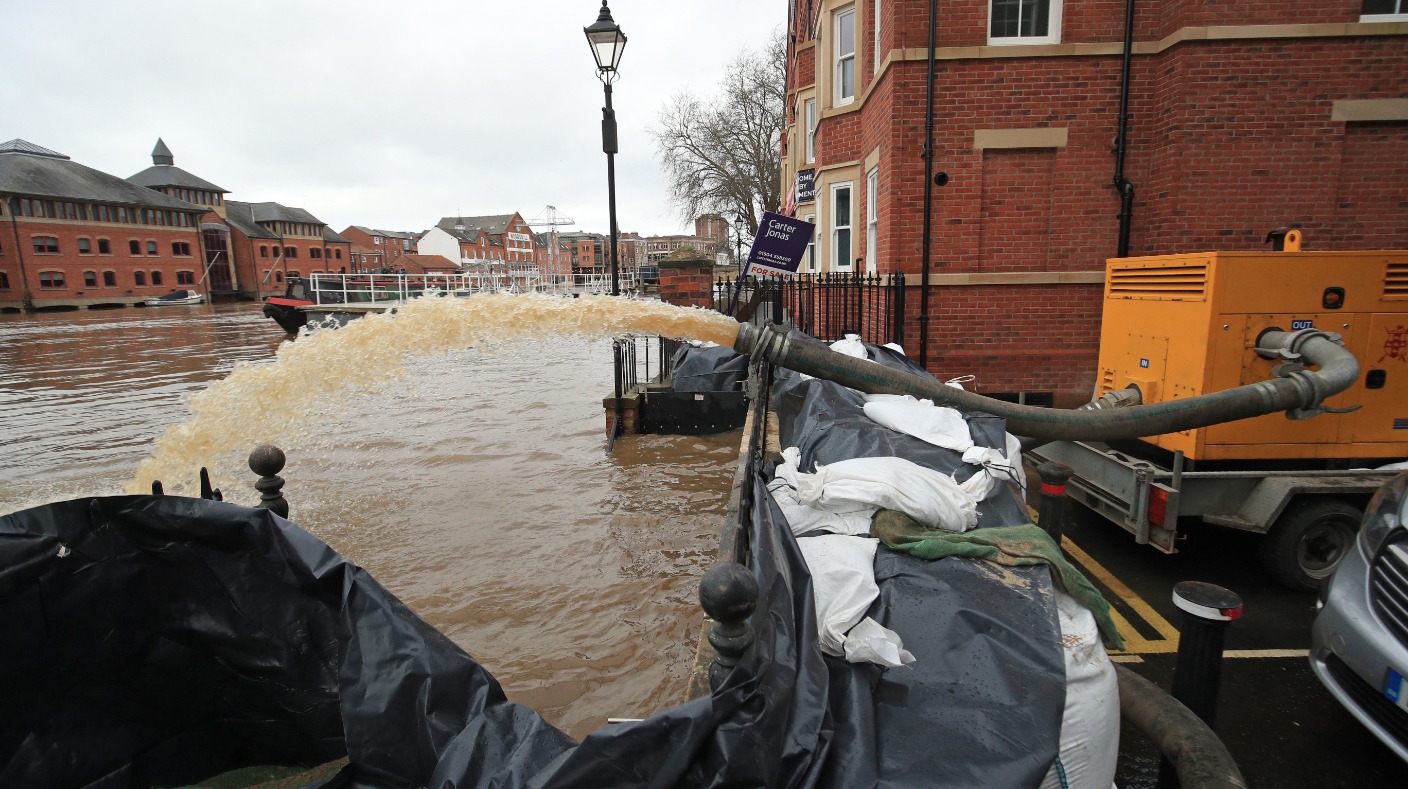 As river levels are expected to rise significantly, City of York Council has acted quickly to put in place a Covid safe flood response to protect those areas most likely to be affected, including constructing sandbag barriers and deploying flood pumps and defences. Letters are being sent to residents living in homes and properties which might be directly affected by high river levels, including anyone who is shielding, to provide advice and support, as well as update residents on the measures being put in place to protect local communities.

Whilst City of York Council and its partners are once again acting swiftly to ensure the city is protected, there is an urgent need for a region-wide approach to be enacted to ensure all is done to protect communities across the region.

This Government continues to fail to act to protect local communities from the damage that ever-frequent flooding brings. From the decision to not convene an urgent Cobra meeting, to downgrading the long-awaited Yorkshire flooding summit to an online seminar to which York stakeholders were not even invited to – the Government is failing to live up to its promises.

Councils like York, in high-risk areas, should be given special tier 1 status to qualify for vital emergency funding for flood defences. A review of future funding levels for flood defence schemes must also take place, in order to take into account the most recent weather patterns and projections. The Government should also consider the balance of funding in terms of flood defences for communities and the support for individual properties that require resilience measures alongside the introduction of Property Level Resilience measures.

The Government must honour the promises made to residents of York and Yorkshire and urgently begin work to deliver a comprehensively funded, region-wide approach to tackling flooding.

“For years now we have continued to call on governments of all colours to deliver a long-term, coherent region-wide plan to respond to flooding and protect our residents and communities. Only last October I wrote to the Sectary of State to remind him of the commitments he has made to York’s residents.

“Government must recognise the effect severe flooding events have on the residents and communities of York and North Yorkshire, and act on their promises now and not wait for local communities cry out for help again.

“With local authorities facing major financial constraints following the impact of the Coronavirus pandemic, it is now more crucial than ever that the Government honours the commitments made to people of York and the region by providing the necessary funding and delivering a long-term Yorkshire-wide plan to protect our communities.”

"The pattern remains the same – Government only seems to recognise flooding as a major issue when it hits the national paper headlines. Ministers have been keen to visit York and pose in the city’s flooded streets for the cameras, but when the water disappears, so do the Ministers and their promises."

“In a year which continues to bring challenges to us all, understandably, residents will worry about the rising river levels, we are doing everything we can to act to protect our city and provide support and advice to anyone affected.”