Following the House of Commons debate on Flooding preparedness in Yorkshire last week, Cllr Keith Aspden has written to George Eustice MP, Secretary of State for Environment, Food and Rural Affairs, to urge the Government to keep to its promises and deliver a Yorkshire-wide approach to tackling flooding. 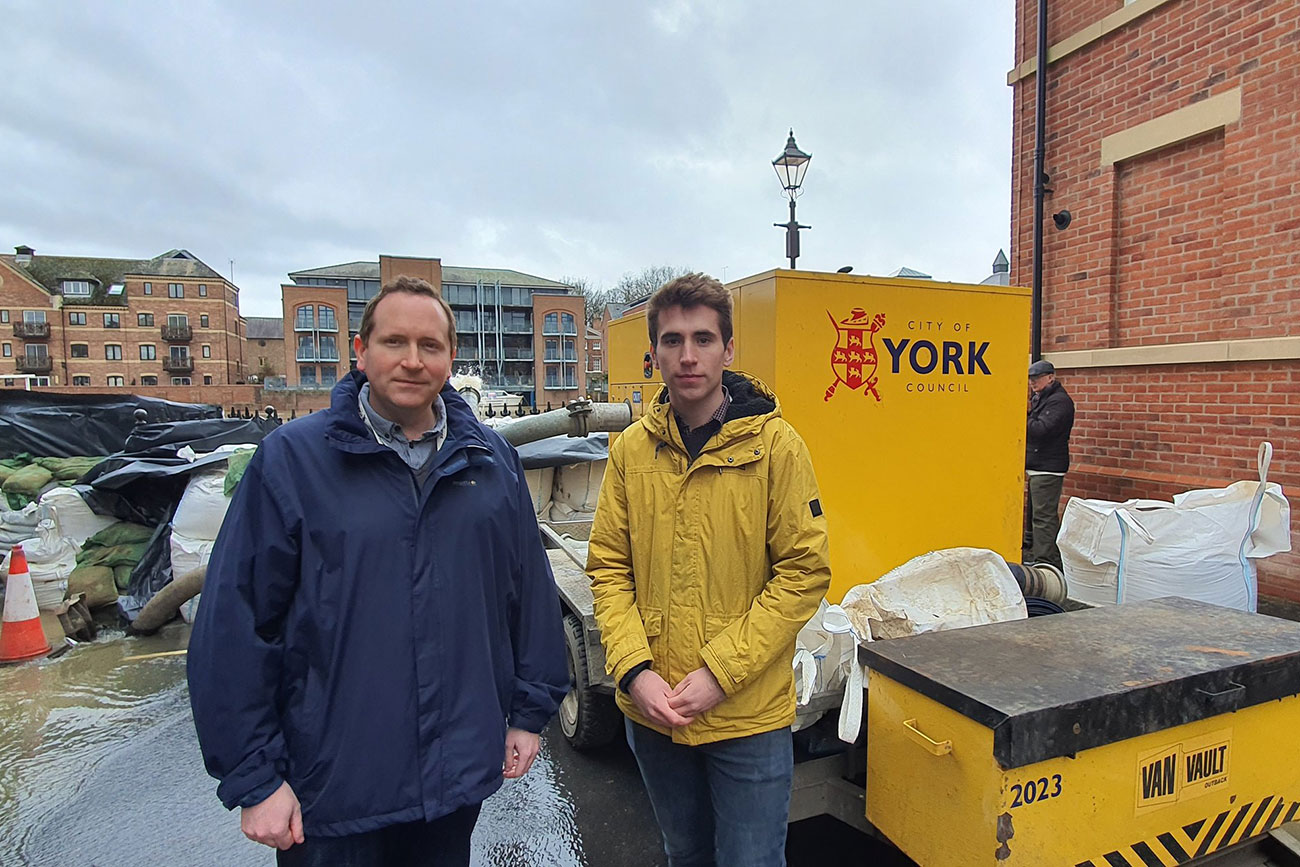 The long-awaited flooding summit is to take place this week, almost a year after the Prime Minister committed to meeting the leaders of Yorkshire in the aftermath of the floods the previous November. Despite numerous commitments made by the Government and the Secretary to co-ordinate a long-term, coherent region-wide response, the flood summit is to take place only involving South Yorkshire leaders.

This directly contradicts the promises made by the Secretary of State following his visit to York earlier in the year after Storm Denis. Whilst City of York Council and its partners acted swiftly to ensure preparations were made and temporary defences were created to protect vulnerable parts of the city, there is an urgent need for a region-wide approach to be enacted to ensure all is done to protect communities across the region. The Government must honour the promises made to residents of York and Yorkshire and commit to working together to deliver a comprehensively funded, region-wide approach to tackling flooding.

Writing to the Secretary of State Cllr Keith Aspden, Liberal Democrat Leader of the Council, commented:

“York is one of the worst affected areas in the UK for flooding, and this is something that residents and communities of York have to regularly endure. Since the 2015 Boxing Day floods, it was often said that a catastrophic flood incident would only occur every century, however, recent events and the increasing prevalence of climate change now show that these types of incidents will occur more frequently.

“I welcome the confirmation that the long-awaited summit is to take place this week. However, as you recognised earlier this year, flooding is a region-wide issue, which must see cooperation across the whole of Yorkshire, so river catchment areas could be considered in their entirety. Government policy and funding must support the delivery of catchment scale interventions across the wider geography of North Yorkshire, in order to reduce the impact of future floods in York by managing and slowing the flow closer to its source.

“I would urge you to recognise the effect severe flooding events have on the residents and communities of York and North Yorkshire, and to look to work with leaders across the region, delivering on your Government’s promises.

“With local authorities facing major financial constraints following the impact of the Coronavirus pandemic, it is now more crucial than ever that the Government honours the commitments made to people of York and the region by providing the necessary funding and delivering a long-term and coherent Yorkshire-wide plan to protect our communities."