Government must Back York and deliver a Fair Funding Deal

York Liberal Democrats are calling on the Government to keep their promises and back authorities, like York, by providing a fair funding deal that will protect services and allow us to enable a sustainable long-term recovery. 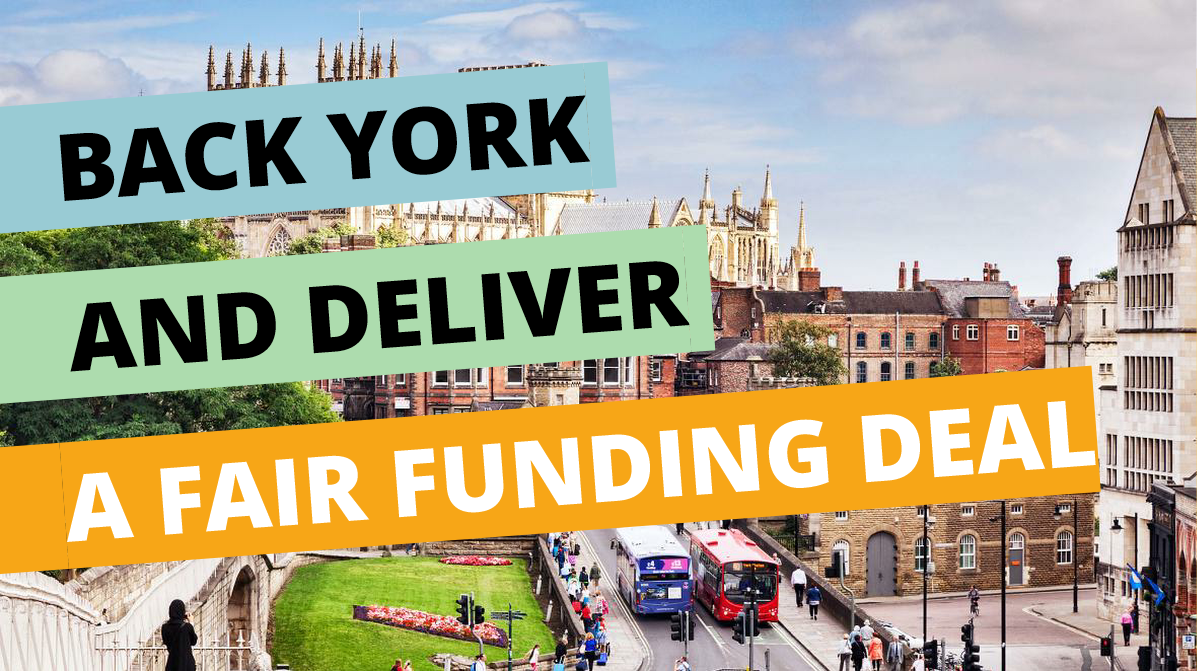 In early March Government urged councils to do whatever it takes to support communities through this pandemic, promising to cover all costs relating to the Covid-19 outbreak. Six months later, local authorities are left struggling with no clear Government support strategy in place.

Since the pandemic was declared, City of York Council has prioritised resources to support the most vulnerable in the city, as well as additionally investing over £2 million to create local emergency funds to support the city’s businesses and residents facing financial hardship. However, whilst demand for services has increased, income has considerably fallen, leaving the Council, alongside other local authorities, with an estimated potential budget gap that could be as much as £20 million.

The pressure on local services comes as York has been continuously under-funded for a decade by consequent Conservative Governments, particularly when compared to other areas in the UK. Yorkshire and the Humber continues to receive significantly less investment in school, public transport and infrastructure than London, the South East and even the North West.

We are calling on the Government to provide the funding necessary and grant greater freedom to local councils to respond to economic pressures and provide the apparatus we need to develop a sustainable long-term recovery.

“Despite the Government’s promises on levelling up and giving Councils everything we need to respond to the pandemic for our communities and businesses, estimates suggest that the Council is facing a budget shortfall of over £20 million.

“Since the very beginning of the pandemic, the Council has allocated resources to support the most vulnerable and provide local emergency support funding to our local residents and businesses, in order to support those who fell through the cracks of Government schemes.

“Whilst we welcome the £11 million of funding that has been allocated by the Government to York so far, this is simply not enough to deliver the support that our businesses and communities deserve.

“That is why we’re calling on the Government to Back York and deliver a fair funding deal that will protect services and seize the opportunities that are unique to the city, allowing us to build back better and enabling us to lead the recovery in our region and the North.

“Whilst local councils have been at the frontline in the fight against Covid-19, they can also be the engine that powers our economic recovery, but only if the Government honours its promises and provides adequate funding to local authorities.”