Sir Ed Davey MP, Leader of the Liberal Democrats, has backed York’s bid to be the new home of Great British Rail, further strengthening the local campaign. The competition for the location of the GBR HQ has begun with York’s bid set to be formally submitted shortly. 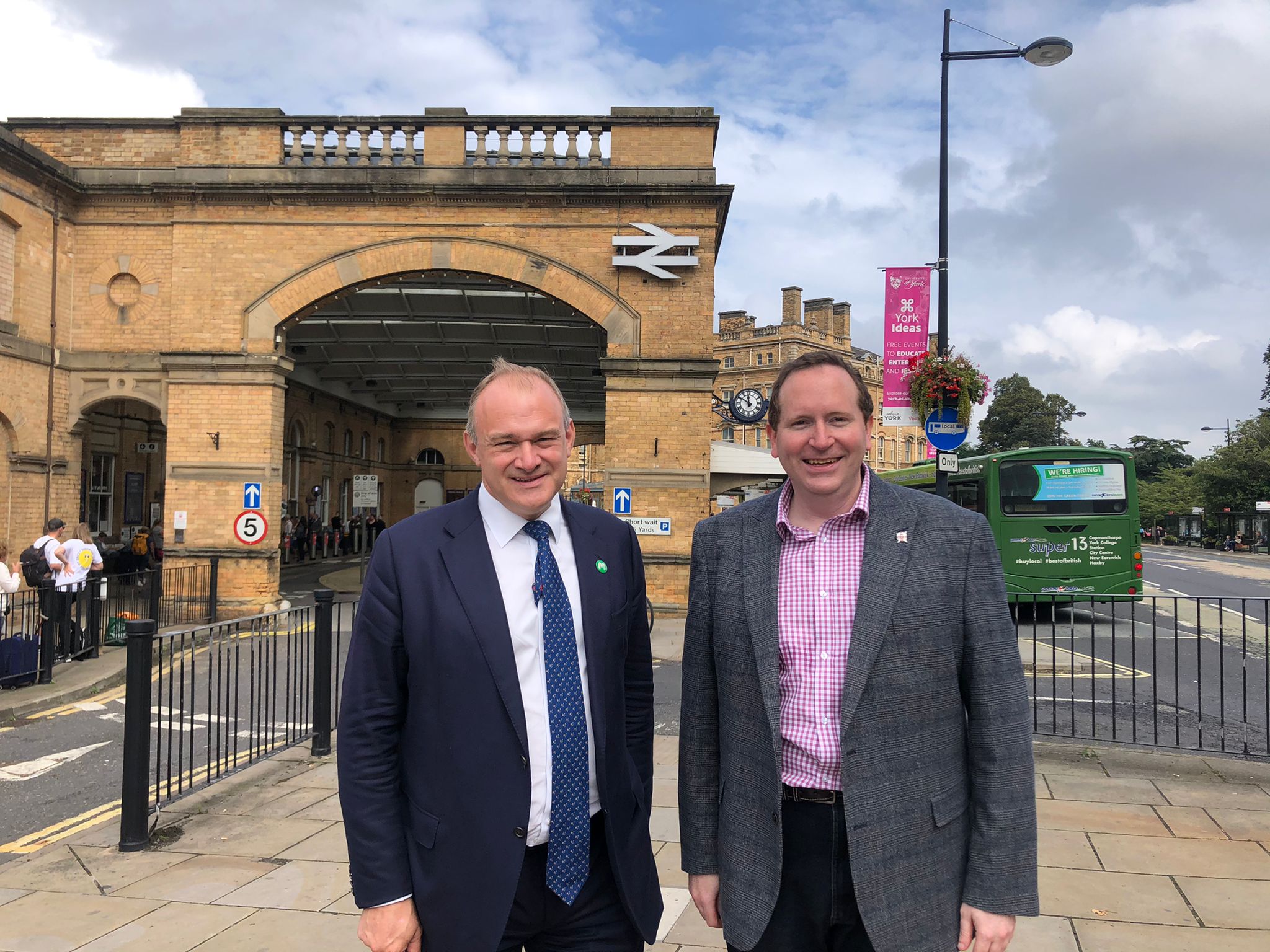 Ed Davey’s support comes as many local and regional leaders, businesses and residents have backed York’s bid since the announcement of the country-wide competition. The shortlisted towns and cities will enter a public competition later in May, with a public vote to decide the location of the new HQ.

“I believe that York would make an excellent home for Great British Rail, so I fully back this bid. Not only has the city already got the connections, historic links and skills, it also has the ambition and opportunity to make the most out of this move, supporting local and regional recovery.

“Whilst this alone clearly wouldn’t amount to the investment and reform needed when it comes to transport, particularly rail, in Yorkshire, it would be a promising start and add some substance to the empty slogans of levelling up.”

York’s unique rail heritage, existing connectivity and highly skilled workforce makes the city a great fit to be at the heart of the country’s rail industry.

York has around 5,000 rail industry jobs, representing 10% of the national industry and two thirds of all rail jobs in the region. York is already home to Network Rail who manage the East Coast Main Line from York, as well as LNER, Northern, Grand Central, the Siemens train servicing and cleaning depot, the National Railway Museum and many varied rail consultancy businesses, contractors and specialists, from signalling and electrification experts, to civil engineers and railway operatives.

“I’m grateful to the many residents, businesses and city partners, which have already backed York’s campaign. Sir Ed Davey’s support only further strengthens our bid to bring the GBR HQ to the rightful home of the country’s rail industry.

“We are now working with key partners to submit a comprehensive bid, which will show the many reasons why York is best placed to be the home of GBR.”